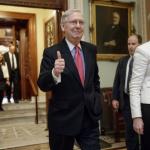 Theoretically, a bill or nomination could pass out of the Senate with the support of senators representing only 16.2 percent of the population. If the two senators from the 25 smallest states agreed to support a bill — and Vice President Pence concurred — the senators from the other 25 states and the 270 million people they represent are out of luck. (Residents of D.C., of course, are always out of luck.) 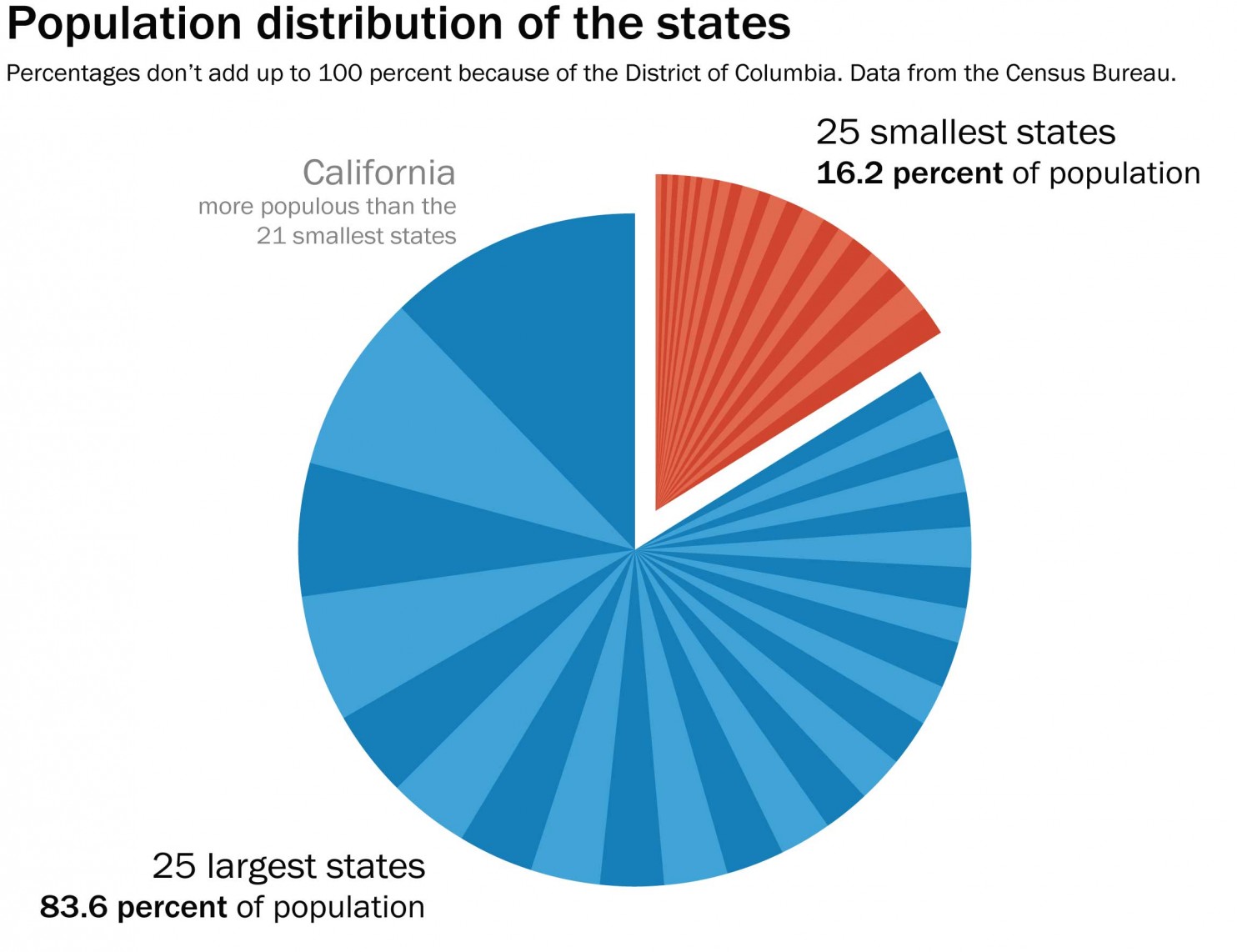 Generally speaking, though, that’s not how it works. Big states and small states come from both sides of the political aisle and can vary widely in constitution, meaning that Wyoming and Rhode Island don’t often land on the same side of political issues. What’s more, the nature of the Senate is that its members generally pride themselves on the comity of their body. For a long time, that comity has been powered in part by the filibuster, providing a way for any senator to hold up legislation — and requiring a supermajority to get that member to be quiet. 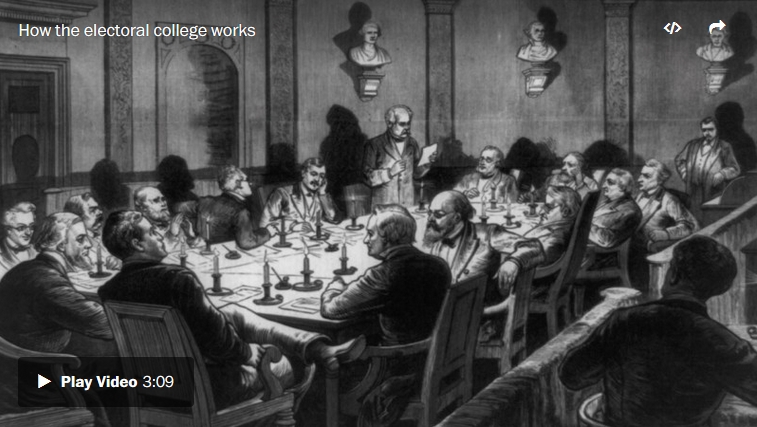 But the times are changing. Last week, the Republican majority changed the rules of the filibuster to allow confirmation of Neil M. Gorsuch to the Supreme Court, several years after Democrats, frustrated at not being able to approve judges of their own, changed the rules on Republicans. Those moves, coupled with the fervently partisan moment on Capitol Hill, has meant a much-less-congenial Senate — and a Senate that, by one metric, is closer to allowing outright minority rule.

This is tricky to measure, in part since the two senators from a state don’t always concur. If, for example, we say that the population of a state stands in support of a bill or a nomination if either one of their senators supports it, the percentage of the U.S. population supporting each bill in every such vote since 1991 looks like this. (Data for these visualizations are from GovTrack.us and the Census Bureau.) 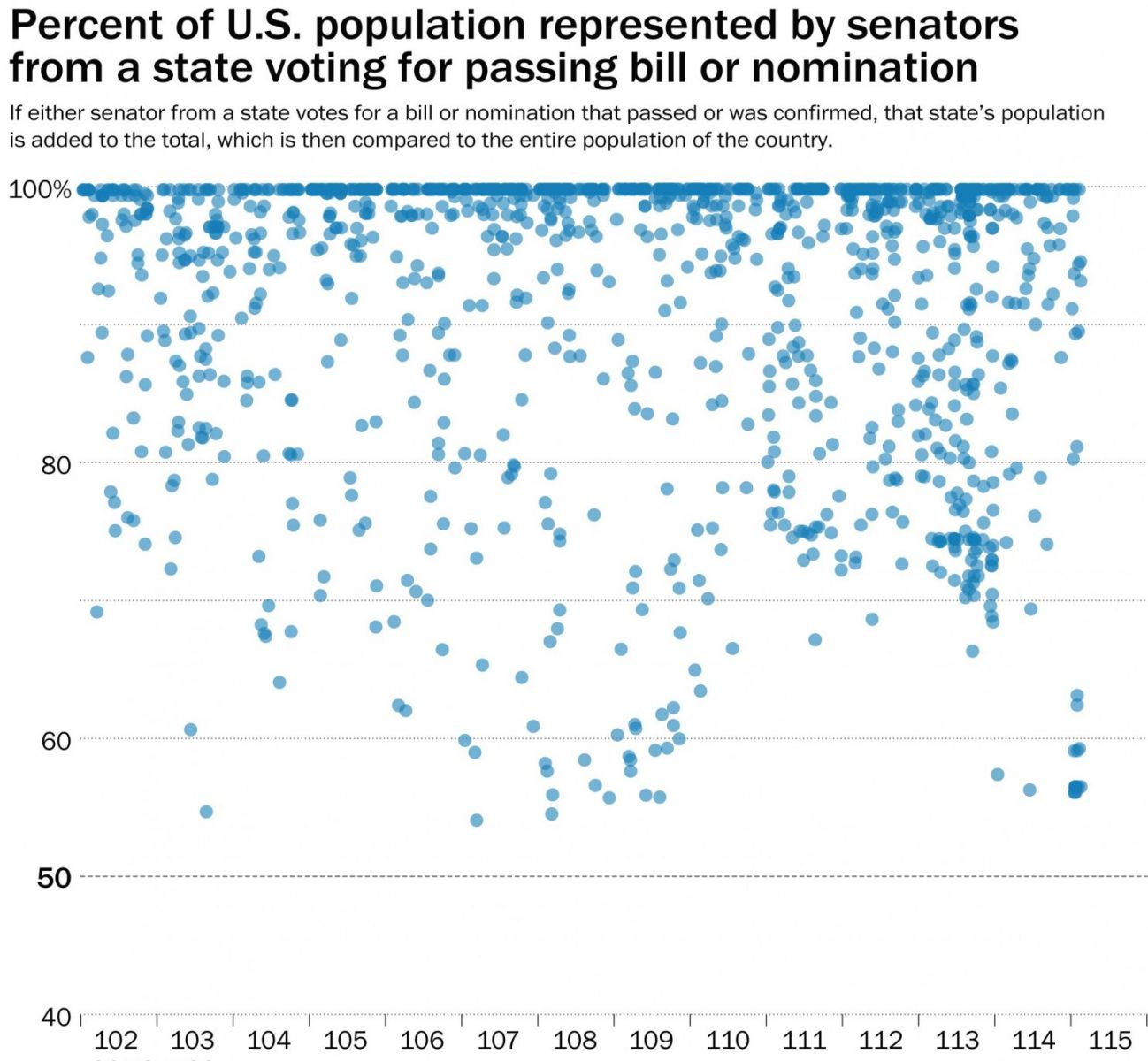 In none of those votes did less than half of the U.S. population approve. You’ll notice, though, that the results of late have often been closer to that line. (Again, because of D.C., the figure can never hit 100 percent.)

This misses a component of the vote, though: What about the senator from a state that may oppose? If we instead count a state’s full population if both senators back the bill or nomination and half the population if only one does, the pattern looks like this. 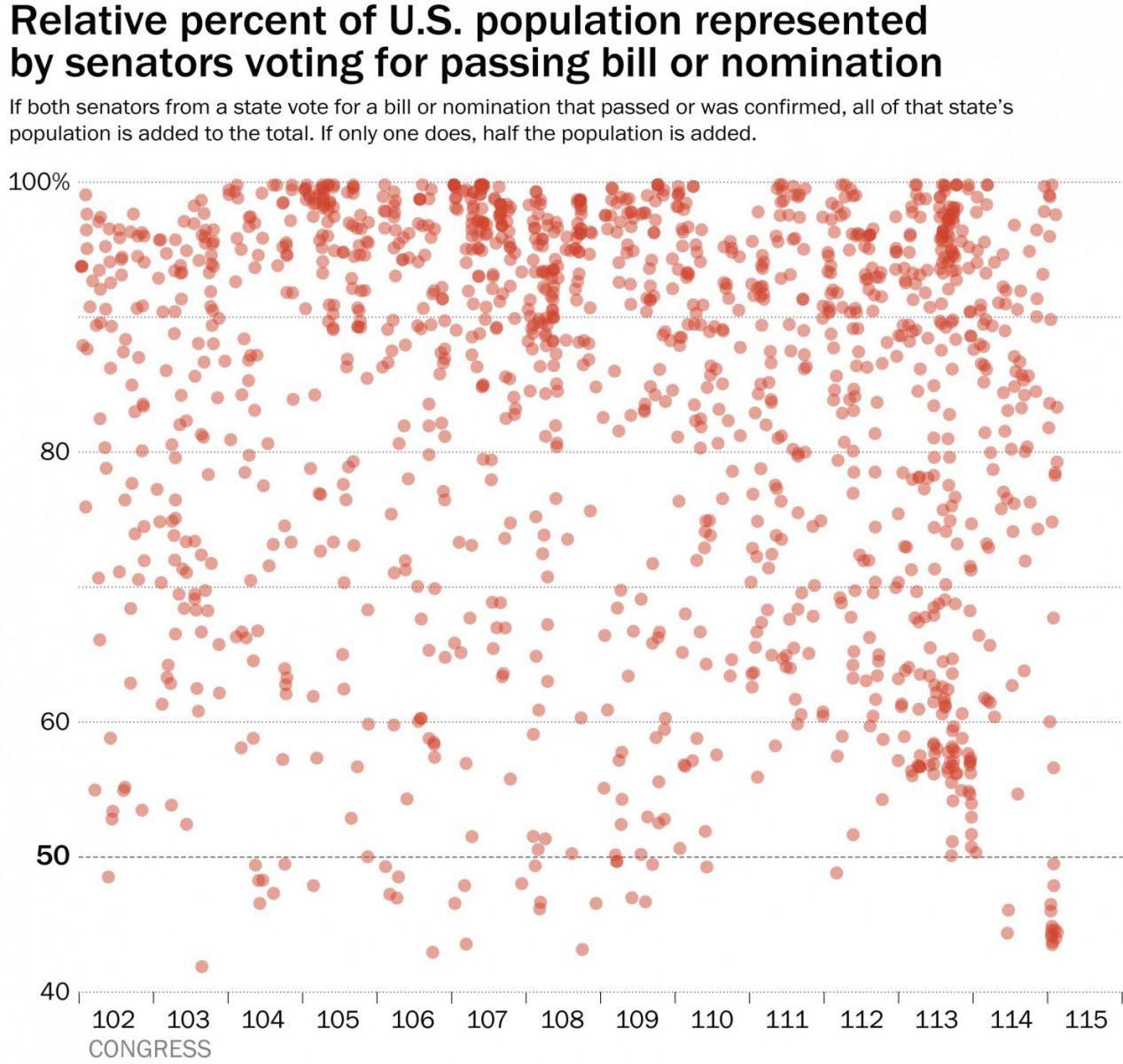 Using this metric, there have been a number of approved bills and nominations in this Congress that have had the support of less than half the country.

On average, bills and nominations that have passed so far in 2017 (the first year of the 115th Congress) have had the support from senators representing far less of the American population than normal. 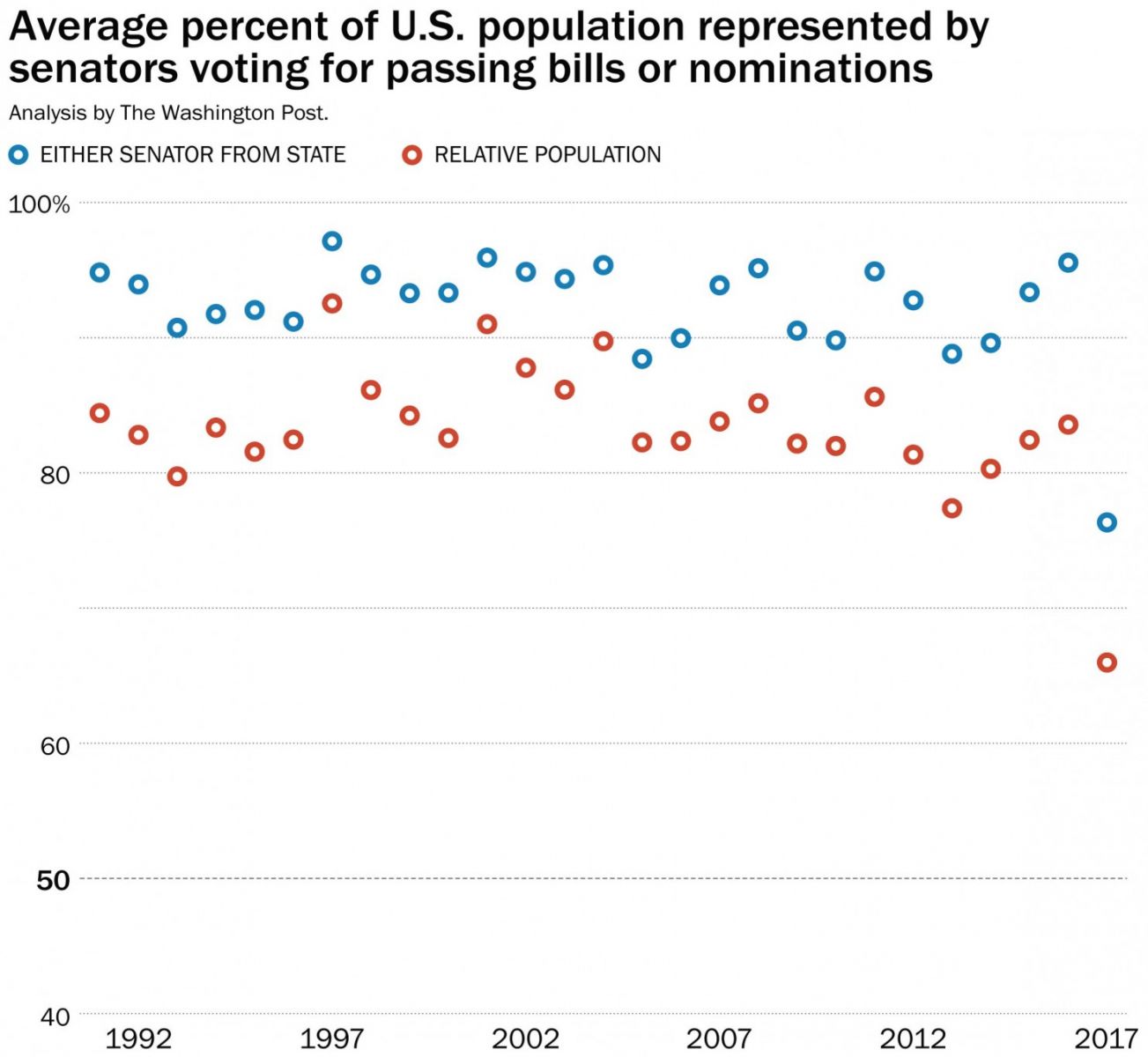 There’s a reason those averages are as low as they are right now. Most of the votes taken in the Senate in 2017 have been on President Trump’s nominees to the Cabinet or the Supreme Court — fights that have been deeply contentious thanks to the combination of an increase in “no” votes on nominees and thanks to the fervent opposition from rank-and-file Democrats to the Trump administration.

That means that, as a percentage of all passing votes taken so far this year, far more have been approved by less than half the country’s population (on our relative metric) than in any year prior. 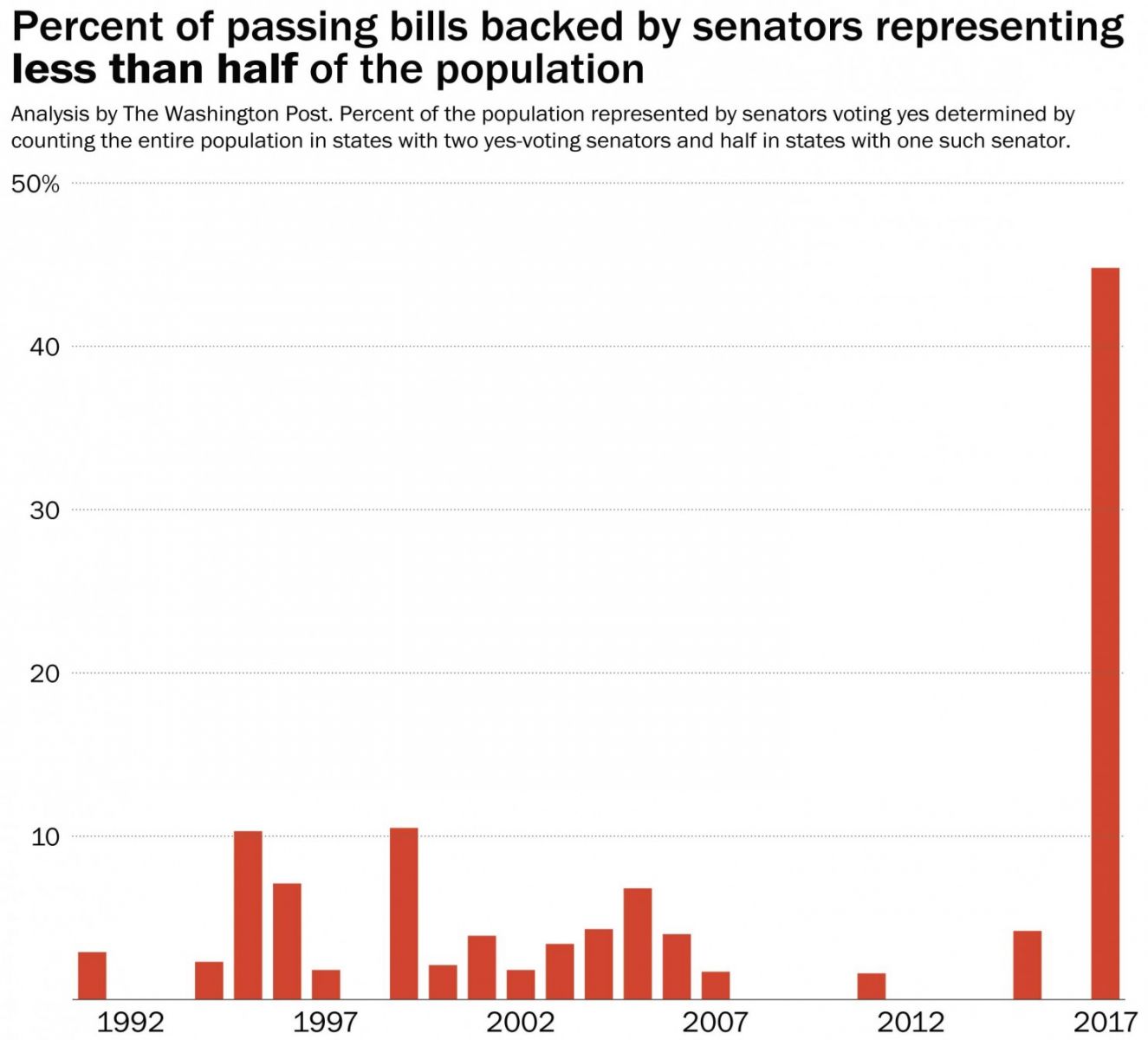 The percentage of passing votes that get support from senators representing the vast majority of the population on our relative metric was far higher 20 years ago than in recent years. 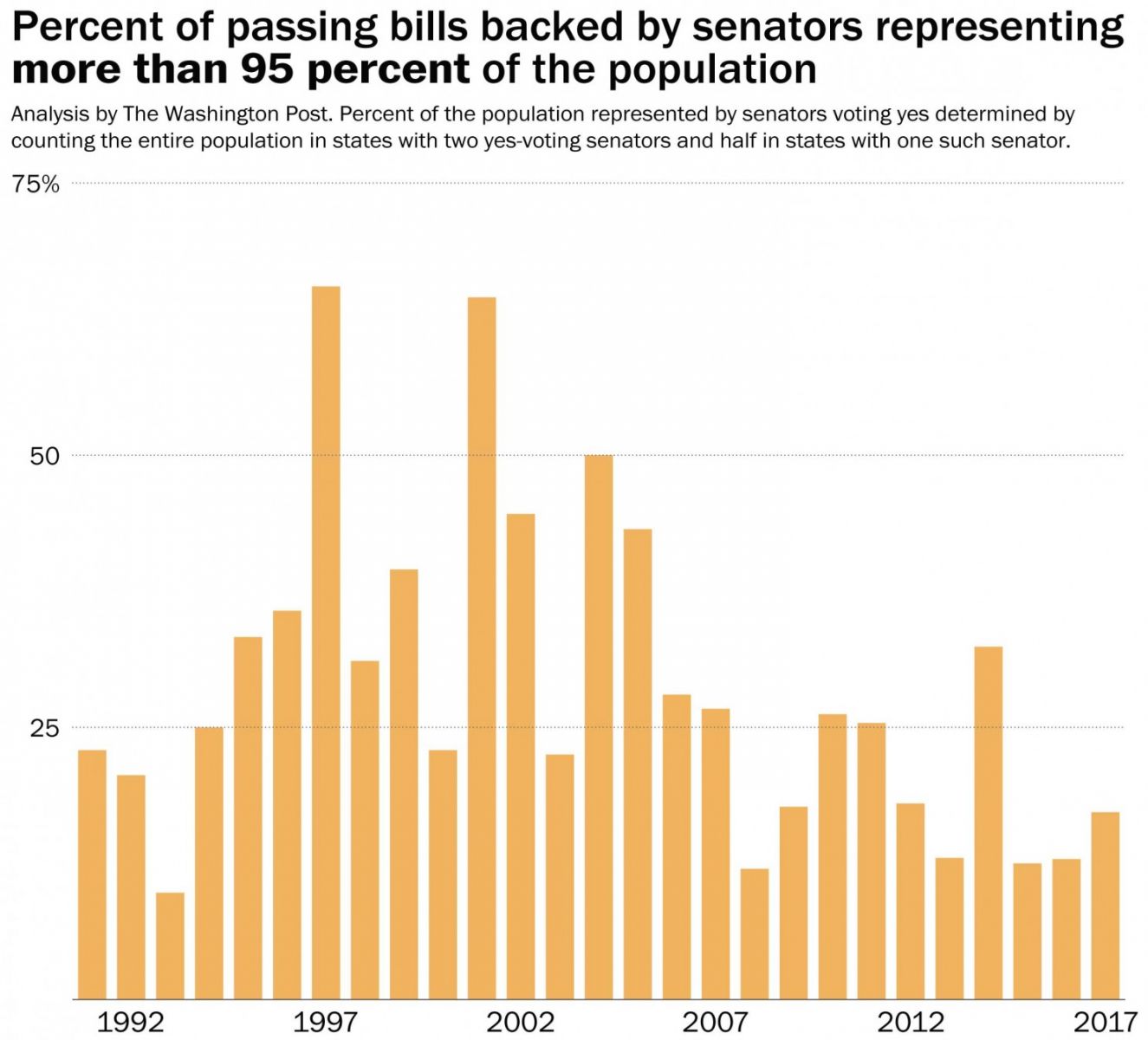 For what it’s worth, the Gorsuch nomination had support of senators representing 56.5 percent of the population, counting either senator’s support as reflecting the entire population of the state — or 44.4 percent of the population on our relative metric. If you consider that latter metric a better reflection of reality, it puts Gorsuch into an unusual position: Earning a successful nomination to the bench despite his earning less than half of the support of the country — and appointed by a president who was similarly successful, thanks to the electoral college.

Over the rest of the 115th Congress, it’s likely that the Senate will find more votes on which it agrees, and the percentage of the population represented by passing votes will tick upward. It is also possible that, thanks to senators from populous blue states withholding support, the 115th Senate will continue to move closer to a situation in which a minority of the U.S. population overrides the majority in passing legislation.

Philip Bump is a correspondent for The Post based in New York City.
Source URL: https://portside.org/2017-04-16/senate-may-be-developing-electoral-college-issue