All of Donald Trump's Lies 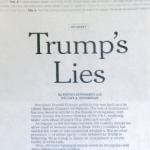 This weekend, The New York Times performed a noble public service by publishing nearly every lie Donald Trump has told since taking the oath of office (just four months and a few days ago, but it seems like an eternity, no?). The op-ed chart of tiny but readable font fills the entire page, until at one point, in the mind’s eye, they appear to morph into termites burrowing deep into the foundation of democracy, leaving sawdust in their wake.

One subtitle reads: “Trump Told Public Lies or Falsehoods Every Day for His First 40 Days.” Another reminds us: “Trump’s Lies Repeat — and Shift With Repetition.” David Leonhardt and Stuart A. Thompson, the journalists in charge of the project, wrote:

“We are using the word ‘lie’ deliberately. Not every falsehood is deliberate on Trump’s part. But it would be the height of naivete to imagine he is merely making honest mistakes. He is lying.”

Their effort deserves the Pulitzer Prize for Public Service. We also hope that once they finished the task, they rushed right home to a long and cleansing shower.

Meanwhile, you may want to remind yourselves of the Big Lie that Donald Trump rode to power — the Birther Lie. It was never true when the right wing media — talk radio, internet trolls and Fox News — began to spread the story that Barack Obama was not born in the United States and was therefore an illegitimate president.

Yet Trump shamelessly championed the lie and made it central to his campaign. “I’m starting to think that he was not born here,” he told gullible television hosts as early as 20ll. A year later he tweeted that “an extremely credible source” had called his office to inform him that Obama’s birth certificate was “a fraud.” Then he urged hackers to “please hack Obama’s college records (destroyed?) and check ‘place of birth.’”

The Big Lie worked for Trump because it had been sown in the fertile soil of slavery and segregation, and he knew that after eight years of a black president, white supremacy was ripe for harvesting. I talked about the Birther Lie with four noted historians in this video, which we posted on Jan. 20 — the day Trump was inaugurated as Barack Obama’s successor. 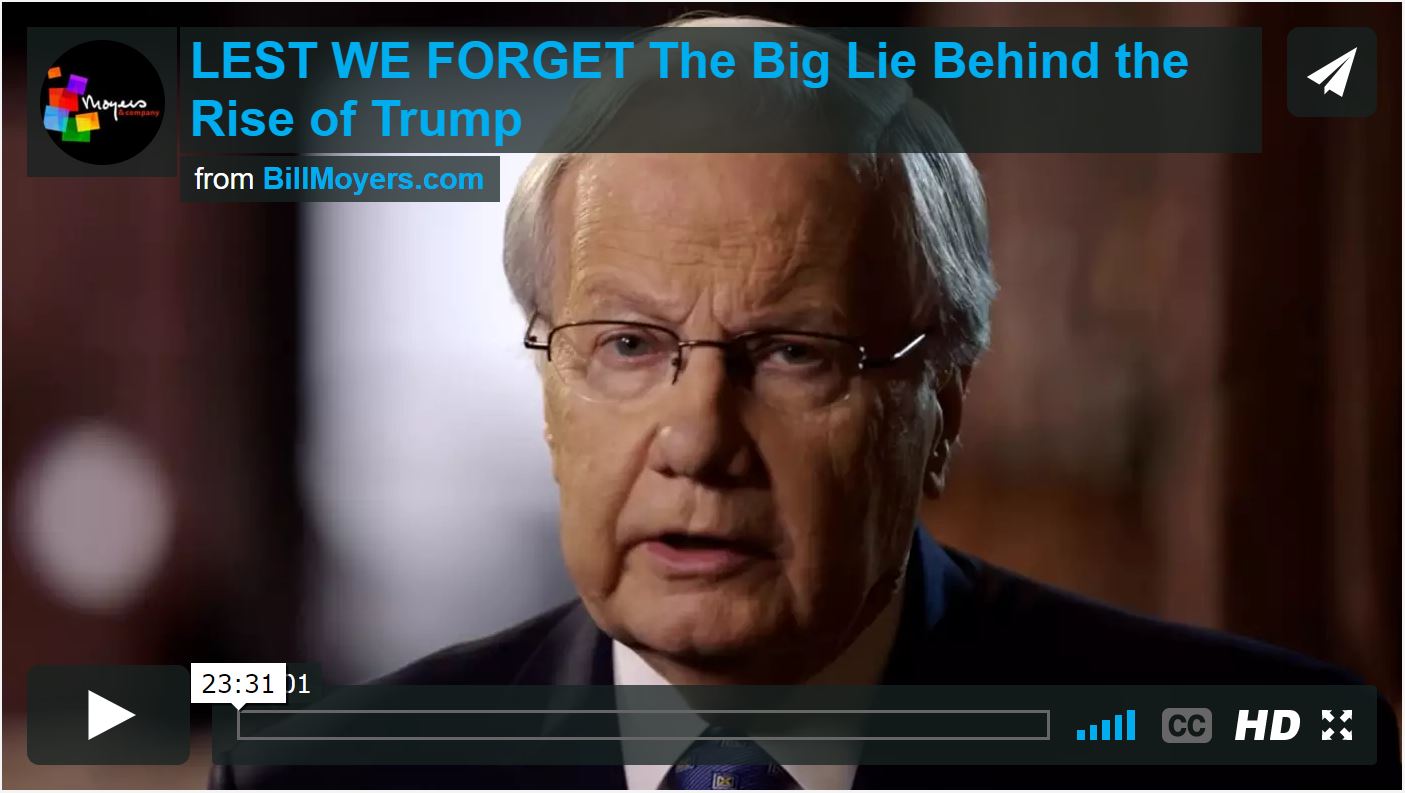