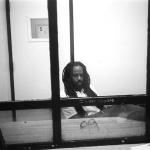 In his new book Have Black Lives Ever Mattered?, author and activist Mumia Abu-Jamal explores this question over 75 essays, spanning from the late 1990s to 2017. Each essay explores the violence of policing and the criminal legal system, whether from a historical perspective or through the stories of people who have died by the hands of police. In the first essay, "Hate Crimes," Abu-Jamal questions the legitimacy of the idea of hate crimes, pointing out that police are never charged with a hate crime when they brutalize and kill Black and Brown people. Abu-Jamal's essays discuss the murder of Trayvon Martin by George Zimmerman, the killing of Tamir Rice by Cleveland, Ohio, police officer Timothy Loehmann, and what the aftermath of these slayings reveals about how the United States views Black people. His conclusion is perfectly summed up in the first two lines of his October 2015 essay titled, "Tamir Rice of Cleveland" -- "Question: When is a child not a child? Answer: When it's a Black child."

Abu-Jamal spoke with Truthout about some of the issues he engages with in Have Black Lives Ever Mattered?, including police violence and the Black Lives Matter (BLM) movement.

Tasasha Henderson: You talk about several cases of police violence that did not make national and international news: Carl Hardiman in Chicago, Shep McDaniel in New York City. And in your essays written in the early part of 2014, you convey a feeling that you had a sense that something big was coming -- that there would be an incident of police violence that would set off a powder keg. Did you have a sense or a feeling that there would be an incident, like what eventually did happen to Michael Brown in Ferguson, Missouri, that would lead to the beginnings of a mass resistance?

Mumia Abu-Jamal: I did have an inkling, say, a feeling. I've seen this before, when the frequency and intensity of attacks on Black life was so naked, so ugly, so offensive, that resistance became imperative. Our people have an almost ungodly patience; but when the flames ignite, it can be a formidable social force. Indeed, that is the essence of Black history in the American settler-state. I think Mike Brown's community was one such instance. And when I saw five young brothers tell a reporter: "My name is Mike Brown," "My name is Mike Brown," it was a historic echo from the "Spartacus" era, when slaves of Rome rose and rebelled against the Empire, and identified with each other.

In your essay "Hate Crimes," you question what types of violence are considered hate crimes, and the fact that police violence against Black and Brown people is never considered a hate crime. With the introduction and/or passage of Blue Lives Matter laws across the country, making the assault or killing of police a "hate crime," how do you view legislative attempts to reduce police violence through such policies as body cameras or increased training of police officers? As we see with hate crime statutes, what was supposed to protect vulnerable people has been turned against us.

As the Black Movement, now exemplified by Black Lives Matter, has taken a hashtag and exploded beyond its banks, so too must the people seize the slogans tossed out by their class enemies, and lob it back, as in "Blue Lives Are the Only Lives That Matter!," dig? For words are weapons, and when the state, the empire tries to bullshit people with their white supremacist stuff … turn it around. Utilize the truth to open eyes and minds about the intrinsic nature of the state.

For example, we know, for sure, that cops croak hundreds of people every year, often with impunity. Why not ask, "How many cops are on death row?" If not, why not? My purpose here is hardly to endorse the obscenity of death row, but [if] all lives are equal, and the site of a courtroom is the place where people are treated fairly and equitably, well, why not? Or is death row only for "other" people? Dig?

My point is that the state will always utilize its "law" as a tool of repression -- that's the essential nature of the state; but movements must create and expand the space to raise contradictions. Body cameras? Training? BS. Nonsense. Done. It is a bourgeois mirage. In 1978, when [three] cops beat Delbert Africa senseless, breaking his jaw, it was recorded on video. When it came to trial, the trial judge, Stanley Kubacki, dismissed the all-white jury, and threw out the charges, saying the (armed) cops had reason to fear (unarmed) Delbert, because he was so muscular!

We must understand that the state is a hate crime against the poor, the oppressed, Black folks, and Latinas, etc.

In your essay, "Where is the Outrage?" you write, "the unity of the people is the greatest weapon against the silence, fear, and oppression imposed by the system. Our unity -- as communities, networks, and movements -- is so important. Therefore, our unity is attacked." We are seeing different communities and organizations unify, whether it is the Black Lives Matter network, Fight for $15, immigrant rights, etc. How can coalitions sustain themselves and how can communities remain unified in the midst of state repression?

Movements emerge out of necessity, out of the felt sense that they no longer have anything to lose; out of certainty that the state has failed them yesterday, is failing them today, and will fail them tomorrow (to paraphrase MOVE's John Africa). The state isn't the solution, it's the problem. It is this sense, shared by increasingly large parts of the population, that fuels movements, and builds rebellious, and then revolutionary consciousness. As capitalism -- and its concomitant rise of the crony-capitalist-gangster-state -- fails, people begin to see commonalities across our false border, and begin to march toward each other, and not against each other.

Remember, capitalism needs racism, and utilizes it to create false consciousness in millions of white poor and working people who live in the illusion that they have something in common with Trumpites. Unity can't be presumed, or wished to come into being. When people work together and fight together, they build the practice of unity.

In your essay, "We Must Fight for More," you write, "history lives to give us options for the future." What options do you think history has given for the Black Lives Matter movement? What does history have to teach movement leaders and participants today?

Malcolm [X] used to say, "Of all our studies, history best rewards our research." He learned this from Elijah Muhammad, his teacher. Malcolm repeated this lesson because he knew, in his own life experience, how history transformed him from a prisoner (known and despised as "Satan") to becoming one of the most respected ministers of the nation, and one of Black America's most beloved leaders. History offers an endless font of human experience that people, communities and movements can draw from to move forward into the future. History, because it is rich in examples of people's love of freedom, is a powerful source for the present and the future!

Why do you think the white supremacist governments in the West (like New Mexico, etc.) fought so hard to outlaw Chicano history? Why do you think today's public schools skimp so much on Black history? They know that Black history is explosive! And history ain't about what happened years ago, or yesterday. It explains why today is the way it is; and gives ideas about how to transform tomorrows.

Have Black Lives Ever Mattered? includes essays from the 1990s up until this year, and span many aspects of how Black people are victimized by state violence, including police brutality and incarceration. How do you see your book contributing to the continuing conversation and activism concerning racial justice, anti-police brutality and criminal legal system reform?

I'm glad Have Black Lives Ever Mattered? addresses today's issue of police terrorism, but it must be seen in a longer, deeper, broader continuum. America's police don't descend from Scotland Yard in England. They had their birth in the infamous "paddy rollers" of the South, where whites were militarized to oppose any Black slave revolt. Those habits live at the core of any true discussion about what bedevils the lives of Black people today. That should show you some sense of the importance of history just recently noted. Unless we truly grasp those truths, then generations unborn will be struggling with these same problems, and wondering how to change it. Dr. Huey P. Newton, in a late edition of the Black Panther newspaper, called for deep transformation of police, to bring forth Citizen Peace Forces, designed to solve problems, not bomb them. It's time for his ideas to be taken seriously, to begin to utilize history to create openings for better tomorrows.

As we continue in the uncertain future of a Donald Trump presidency, what guidance do you have for young people who are involved in the Black Lives Matter movement and other movements, as they continue to resist, build and organize?

Look, we can look at Trump as the Great Boogeyman, or we can soberly examine the roles of Clinton and Obama, where the former perfected the machinery of mass incarceration, and the latter tinkered with it, just as he all but ignored the greatest loss of Black wealth (i.e. criminal mortgage thefts of Black homes) since Reconstruction. We must develop a deeper, refined analysis that gives us all a clear vision of the inherent repression of the state against Black life, a historical continuum that shows no sign of abatement. Or we can play "Republicans bad/Democrats good" like children looking for shadow plays.

The system is bad; we need deep reconstruction to make new ways of living, growing and becoming possible.

Copyright, Truthout. Reprinted with permission. May not be reprinted without permission. Truthout publishes a variety of hard-hitting news stories and critical analysis pieces every day. To keep up-to-date, sign up for Truthout's newsletter by clicking here!

Tasasha Henderson is currently a research and grants coordinator at Heartland Alliance for Human Needs and Human Rights. She also organizes with Love & Protect, and is on the board of directors of Project Fierce Chicago. She has been published in Salon, Ravishly, The Feminist Wire and For Harriet. Follow her on Twitter @T_S_Henderson.