Is Your Extra-Virgin Olive Oil All That Virginal? 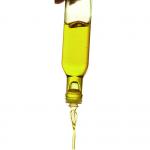 In 2005, Tom Mueller had just submitted his first piece for The New Yorker—on programming computers to play chess—when a 30-second news clip on Italian TV caught the journalist’s eye. Mueller watched as dozens of angry olive farmers astride tractors blockaded a Puglia port. The object of their ire: local companies reputed to be importing boatloads of cheap hazelnut and seed oil, then passing it off as Italian extra-virgin olive oil to unsuspecting consumers the world over. “Several big outfits were undercutting the farmers and small-time oil makers,” Mueller says. “And they were outraged.”

Within weeks, he was sitting in a smoky Rome bar, across from a member of the carabinieri, Italy’s military police force, who’d gone undercover to investigate olive oil fraud. “This guy was nervous,” Mueller recalls. “He was dealing with bad people, folks he felt were not just criminals, but dangerous. And here we were, talking about olive oil, not heroin or black-market plutonium.”

Nearly two years later, The New Yorker published Mueller’s exposé, “Slippery Business,” which asserted that a handful of huge firms, based in Italy and abroad, had wrested control of the region’s industry from families who have grown and processed olives for centuries, pocketing millions of tainted euros in the process.

A swirl of news stories followed, in publications ranging from The New York Times to the Olive Oil Times.

And indeed, carabinieri squads have executed a number of ongoing raids and even a few high-profile arrests of alleged gangsters. The global suppliers implicated in the scandal were linked to brands like Bertolli and Sasso, owned by the multinational corporations that move the vast majority of the world’s olive oil.

Fraud breaks down into a few broad categories. The most troubling and, thankfully, least common takes place when producers blend cheap nut, seed, or other vegetable oils with just enough olive oil to lend the look, taste, and aroma of the real thing—a potential nightmare for anyone with food allergies. Other perpetrators perform a similar sleight of hand,  diluting extra-virgin olive oil with lower-grade olive oil, or simply mislabeling lesser olive oil as extra-virgin. Last, though not nearly as appalling, packers intentionally mislabel the country of origin. Despite the negative media blitz, “Italian” oil still exerts the strongest pull for consumers. Browse supermarket shelves and you’ll find a sea of bottles claiming that heritage, yet the country produces less than one-fifth of the world’s supply, half the output of Spain.

“The whole conversation around fraud has been really sloppy,” says Alexandra Kicenik Devarenne, co-founder of the Extra Virgin Alliance.

Further clouding the issue: the vagaries of shelf life. Sometimes olive oil reaches home cooks in a subpar state through no malintent of the maker. “Producers will show you paperwork, saying, ‘Look, when we put it in the bottle, it met the standard,’” says Alexandra Kicenik Devarenne, co-founder of the nonprofit Extra Virgin Alliance, referring to the widely accepted standards for extra-virgin oil put forth by the International Olive Council (IOC).

You’d think consumers would hesitate before plunking down top dollar for such a problematic product. But amid the ongoing mob-tinged misconduct, another narrative was gaining traction: the health benefits of a Mediterranean diet and, specifically, the polyphenols and other antioxidants and nutrients present in extra-virgin olive oil, which are associated with a reduced risk of ailments such as cardiovascular disease, cancer, and diabetes.

Olive oil consumption in the United States has tripled since the early 1990s. And globally, the industry is currently valued at more than $11 billion. Retail prices of extra-virgin oil can top $100 per gallon, compared with $4 or $6 per gallon for generic vegetable oil.

Mueller—who has since released a book, Extra Virginity: The Sublime and Scandalous World of Olive Oil, and launched truthinoliveoil.com—estimates that in decades past, olive oil fraudsters’ profits rivaled those of narcotics traffickers. No wonder organized crime wanted a piece. “For a lot of people, there’s a question mark over olive oil now,” Mueller says. “But some people draw the wrong conclusions, like ‘I’ll only buy California oil.’ And that’s nonsense.”

WHAT MAKES A “VIRGIN,” ANYWAY?

To achieve the IOC’s highest designation, extra-virgin, olive oil must pass approximately two dozen lab tests that gauge everything from oxidation (a sign the oil’s been heated or otherwise mishandled) to fatty acidity (a rough indication of olive freshness prior to pressing).

The next hurdle involves a panel of highly trained tasters. These experts perform sensory evaluations, sipping the oil and noting whether recognized defects, such as rancid, fusty, or musty notes, are present.

Like most food products, olive oil falls under the purview of the Food and Drug Administration. While the agency has essentially adopted the IOC standards, it hasn’t devoted resources to enforce them. As a result, regulation has been more or less taken up by a handful of trade associations funded by the industry.

Two of the main organizations? The North American Olive Oil Association (NAOOA), which, paradoxically, represents the interests of importers, and the California Olive Oil Council (COOC), composed of members in the only American state with a climate ideal for olive trees. For now, it’s the word of one vested interest against another.

“When some people taste a high-quality olive oil, they tell me it’s defective. Actually, that pungency is generally from very green olives, which usually have higher levels of phenols. You just have to learn what to look for.”

The suspicious surrounding imported oil have presented something of an opportunity for California’s relatively young industry. The COOC’s PR message maintains that Golden State oil is unadulterated and authentic, regardless of what you’ve read about the competition. Though California still produces only about 5 percent of the olive oil Americans consume each year, annual production there has  increased 12-fold over the past two decades.

One of the biggest flash points in the COOC versus NAOOA turf war came in 2010, when the UC Davis Olive Center tested a variety of oils from grocery store shelves and reported that 69 percent of samples from 14 imported extra-virgin olive oils did not meet IOC quality standards. In the same study, 10 percent of California oils failed the test.

“More than 95 percent of what we consume in the West is imported, so there’s more of it out there,” says Dan Flynn, executive director of the Olive Center and co-author of the report. In other words, a larger potential sample pool could skew the results against imports.

In 2014, the California Department of Food and Agriculture (CDFA), responding to pressure from local growers and millers, decided to distinguish the state’s oil by adopting standards that go above and beyond the IOC’s. The CDFA does enforce its standards, with one major caveat: For companies that make less than 5,000 gallons of oil annually, the testing is voluntary, not mandatory. And most companies in California fall into that category.

The year after the CDFA debuted its rules, the NAOOA fought back, commissioning a study of its own. It found that 67 percent of samples from 18 California extra-virgin olive oils did not meet at least one of the CDFA’s newly minted standards. In a statement e-mailed to Modern Farmer, NAOOA Executive Vice President Eryn Balch implied the claims of widespread fraud are overexaggerated: “[We] test hundreds of olive oils collected directly from supermarkets annually, and results consistently show that more than 98 percent of olive oil in U.S. retail outlets is authentic.”

Devarenne and Mueller both contend that focusing on the infighting means missing the point—namely, an insistence on high standards, something small-scale producers, no matter where they’re located, prioritize and industrial packers do not.

As Mueller puts it: “There are two kinds of olive oil companies in the world. Those that own the trees, take care of them all year, harvest the olives, and make their own oil; and the companies that buy other people’s oil, blend it, and sell it.”

The latter, a longer, less coddled path from tree to consumer, increases the chances that quality will suffer, in one way or another, along the way.

“The skill, experience, and honesty of the producers are all that matters,” says Mueller. Devarenne’s organization offers the good guys an opportunity to demonstrate their values to the consumer. To earn the Extra Virgin Alliance (EVA) seal, makes must agree to agree to random audits, verify label claims, and guarantee that the oil will maintain its quality at least up until its “best before” date. (Editors’ note: Modern Farmer’s owner, Frank Giustra, also owns Domenica Fiore, an organic, extra-virgin olive oil company in Orvieto, Italy, and an original member of EVA.)

One artisanal California maker, Ted Hall, refuses to engage in the California-versus-Italy squabble. “Some of the best olive oils in the world are made in Italy by small producers, who are equally distraught over problems with fraud and misrepresentation,” Hall says. Visitors to his Long Meadow Ranch, a winery and boutique olive oil operation in Napa, California, can take home a 375-milliliter bottle of Hall’s Prato Lungo extra-virgin oil—with notes of “jasmine, green apple, fresh-cut grass, and a touch of citrus on the nose”—for $45. But you don’t have to spend that much.

“There are two kinds of olive oil companies in the world. Those that own the trees, take care of them all year, harvest the olives, and make their own oil; and the companies that buy other people’s oil, blend it, and sell it.”

A search for the real thing in grocery stores begins with knowing what to look for and requires an understanding of the subtleties of good oil, which is why the IOC standards pair laboratory testing with sensory evaluations conducted by panels of highly trained testers. Rome native Orietta Gianjorio, one of those experts now working in Northern California, says extra-virgin oil should have a combination of fruity, bitter, and pungent (think peppery) flavors, with no hint of rancidity or any of the other defects recognized by the IOC, such as “fusty” (smells like sweaty socks), “frozen/wet wood” (rotten sawdust), and “muddy sediment” (manure-like). Anyone with working nostrils can recognize manure, but Gianjorio says it takes a bit of practice to perceive more subtle defects.

The challenge for many American consumers, she adds, is that a diet heavy in refined foods and soft drinks has conditioned our taste buds to favor sweet and salty, not the complex pungency and especially the bitterness of good extra-virgin oil. “When some people taste a high-quality olive oil, they tell me it’s defective,” she says. “Actually, that pungency is generally from very green olives, which usually have higher levels of phenols. You just have to learn what to look for.”

A big part of the problem, for us anyway, might amount to a dulled gustatory sensitivity, which Italians, even if they’re mobsters, could probably teach us a thing or two about.

HOW TO RECOGNIZE THE REAL DEAL

Even within the premium extra-virgin category, you can’t count on the veracity of manufacturer claims. Keep an eye out for the following indicators of quality:

Harvest dates This information, increasingly listed on artisanal bottles, empowers consumers to choose a fresh product (i.e., less than a year old), unlike “best before” dates, which are unregulated and chosen at the company’s whim.

Third-party seals First, look for ones specific to olive oil. When members sign on to the Extra Virgin Alliance, for example, they agree to uphold a variety of high standards in order to print the nonprofit’s logo on their goods. Though not directly tied to olive oil, other outside verification labels—certified organic, fair trade—indicate a producer’s responsible intentions.

Origin details Language like “packed in” or “imported from” conveys only that, say, the olive oil passed through a given port. Instead, look for data about the individual farm, region, or varieties of olives grown.