A Vatican Shot Across the Bow for Hard-Line U.S. Catholics 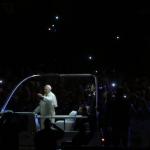 VATICAN CITY — Two close associates of Pope Francis have accused American Catholic ultraconservatives of making an alliance of “hate” with evangelical Christians to back President Trump, further alienating a group already out of the Vatican’s good graces.

The authors, writing in a Vatican-vetted journal, singled out Stephen K. Bannon, Mr. Trump’s chief strategist, as a “supporter of an apocalyptic geopolitics” that has stymied action against climate change and exploited fears of migrants and Muslims with calls for “walls and purifying deportations.”

It is not clear if the article, appearing in La Civiltà Cattolica, received the pope’s direct blessing, but it was extraordinary coming from a journal that carries the Holy See’s seal of approval. There has apparently been no reprimand from the pope, who is not shy about disciplining dissenters, and La Civiltà Cattolica’s editor has promoted the article nearly every day since it was published in July.

The article and the backlash to it — accusations of anti-Americanism have been rife, and one prominent American prelate likened the authors to “useful idiots” — have highlighted the widening distance between Francis and American Catholic conservatives.

Since the 2013 election of Pope Francis, conservatives have worried that he has given short shrift to the social issues that have animated them, among them abortion and same-sex marriage. They have sat through his warnings to steer clear of politics. They have watched warily as Francis has installed pastors in his image while sidelining conservative leaders.

It is no secret that Francis, the first Latin American pope, who has often criticized capitalism, has a complicated view of his old neighbors to the north.

Not long after Francis’ election, Vatican ambassadors briefed the pontiff about various situations around the world and suggested that he be especially careful when appointing bishops and cardinals in the United States.

“I know that already,” the pope interrupted, according to a high-ranking Vatican official familiar with the details of the conversation, who asked that his name not be used while discussing internal Vatican deliberations. “That’s where the opposition is coming from.”

Fans of the article said it made clear that the conservatives who ran the American church for decades were out of step with the new Catholic mainstream under Francis.

Massimo Faggioli, a professor of historical theology at Villanova University and a contributor to liberal Catholic journals, said the Civiltà Cattolica article would “be remembered in church history as one of the most important to understand the Vatican of Francis and the United States and American Catholicism.”

The authors of the article argue that American evangelical and ultraconservative Catholics risk corrupting the Roman Catholic faith with an ideology intended to inject “religious influence in the political sphere.” They suggest that so-called values voters are using the banners of religious liberty and opposition to abortion to try to supplant secularism with a “theocratic type of state.”

Even before the article was published, many Catholic supporters of Mr. Trump, who won the white Catholic vote, were already wary of Francis for suggesting during the campaign that Mr. Trump was “not Christian” because of his preference for building walls rather than bridges.

Francis’ apparent openness on key issues such as granting communion to Catholics remarried outside the church has galvanized the opposition, led by the American cardinal Raymond L. Burke, an outspoken critic whom Francis has repeatedly demoted.

The essay, which critics have dismissed as woefully ignorant of religion’s deep history in American politics, has energized camps on both sides of the divide. In a Breitbart article headlined “Papal Advisers Bash American Christians in Bigoted Screed,” Thomas Williams, the site’s Rome correspondent and an associate of Mr. Bannon’s, wrote that instead of attacking Mr. Trump and Mr. Bannon, “they have ended up attacking America itself.”

Benjamin Harnwell, a Catholic traditionalist in Rome, fan of Mr. Bannon and confidant of Cardinal Burke’s, said the article’s authors were doing little more than “trolling Steve Bannon.” Mr. Bannon, a former altar boy who once articulated his worldview to a Vatican conference, wrote in a brief email that the pope’s associates “lit me up.”

Archbishop Charles J. Chaput of Philadelphia, a standard-bearer for conservatism in America, likened the Civiltà Cattolica authors in his weekly newsletter to the “useful idiots” who supported the Bolshevik Revolution in Russia. He called the article “an exercise in dumbing down and inadequately presenting the nature of Catholic/evangelical cooperation on religious freedom and other key issues.”

If Archbishop Chaput’s own thwarted ambitions are any indication, Francis might not agree. The pope has vexed conservatives by repeatedly declining to elevate Archbishop Chaput to the rank of cardinal, a requirement for entrance into the conclave that will choose the pontiff’s successor.

“I was a little bit disappointed,” Cardinal Gerhard Müller, a German conservative appointed by Pope Benedict XVI as the church’s chief doctrinal watchdog, said in a recent interview. “The appointment of the cardinals should not be a personal relation with the pope’s to these bishops,” he said, adding that he was puzzled as to why Francis passed them over. “I don’t know,” he said. “Politics.” 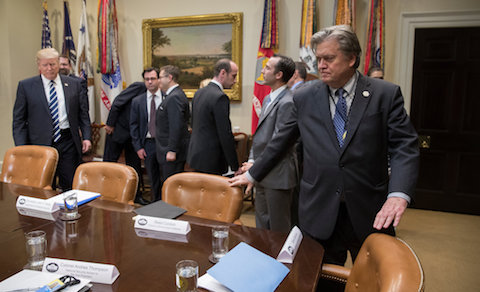 Personnel decisions in the Catholic hierarchy are crucial to Francis’ effort to make the church more inclusive, particularly in the United States.

American Catholic conservatives once unacquainted with being out of papal favor have stewed privately and expressed horror publicly on numerous right-wing Catholic blogs. They accuse Francis of wrecking the church and diluting its doctrine.

Liberal American Catholics, bruised by crackdowns under John Paul II and Benedict XVI, are less than sympathetic to conservative complaints and have felt emboldened by Francis. They are delighted with the pope’s promotion of figures like Cardinal Blase J. Cupich of Chicago, who has started a program against gun violence and opposed Republican health care proposals on the ground that they would strip coverage for the weak and poor. Francis chose him to lead the Chicago diocese in 2014, after the retirement of Cardinal Francis George, a giant of American Catholic conservatism, and elevated him to cardinal last year.

“We should speak in a way that invites people and creates a sense of unity in society,” Cardinal Cupich said in an interview at the Vatican on the day of his elevation.

Some progressive Catholics have even begun expressing a previously tacit resentment of the hard-right zeal of evangelical, Calvinist and Protestant converts to Catholicism, among them Newt Gingrich, the husband of Callista Gingrich, the new American ambassador to the Holy See.

“I am so tired of converts telling us that the pope is not Catholic,” Michael Sean Winters wrote last week in the newspaper National Catholic Reporter.

That deep suspicion of evangelical fundamentalism and the fear of politicization corroding the conservative hierarchy of the American Catholic church was laid bare by the article in La Civiltà Cattolica. The authors were the Rev. Antonio Spadaro, the journal’s editor, who is a confidant of Francis’; and Marcelo Figueroa, an Argentine Presbyterian minister who is a friend and longtime collaborator of the pope’s.

In an interview, Father Spadaro — whose critics have called him “the pope’s mouthpiece” — said the reaction to the essay had been “incredible.” He said he had received kind words but also “plenty of hate.”

Some critics, he said, had tried to distort the argument into an attack on cooperation between Catholics and Protestants, something he said he himself had promoted. That criticism, he said, often came from opponents of Francis “who are trying to downplay the role of this pontificate.”

The main point of the article, he said, was the pope’s argument that religion in the service of politics or power is ideology, and that the manipulation of anxiety for political ends risks rendering the church a “sect of the pure.”

Father Spadaro cited, by way of example, the fringe Catholic website Church Militant, which the essay described as openly in favor of political “ultraconservatism.” (A related site responded under the headline “Evil Editor of La Civiltà Cattolica Attacks Church Militant.”)

Father Spadaro also said it was important to explore the “apocalyptic narrative which inspires” Mr. Bannon, who has digested the works of often anti-Christian right-wing writers such as Julius Evola, who contend that people had drifted away from a primordial, heroic truth.

Father Spadaro said he was alarmed by the retrofitting of a mystical apocalyptical worldview into conservative Catholicism.

“We are warning against this kind of mixture, which is dangerous,” he said.

An earlier version of this article misidentified the Catholic website that published an article under the headline “Evil Editor of La Civiltà Cattolica Attacks Church Militant.” The article appeared on The Eponymous Flower, not on Church Militant. (Church Militant did publish its own article on the controversy.)