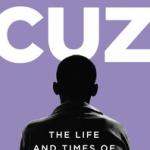 Conant University Professor Danielle Allen remembers sitting in a class on Athenian democracy while she was an undergraduate at Princeton: “We were reading all these court cases, and I was just really struck by the fact that there was barely any mention of prison. I was 19 or 20, having grown up in Southern California in the 1980s, and I didn’t have any analytical registering at the time that it was because of what I witnessed growing up that I noticed this absence. I just noticed it. It was weird―no prisons.” So she asked her professor, “Didn’t they use imprisonment in classical Athens?” That would make a great dissertation topic, he responded.

Allen took him seriously, and a few years later, at the University of Cambridge, wrote a dissertation on that very subject. “In some sense,” she says, “all of my academic work has emerged out of things I saw and was worried about as a teenager in Southern California. I think all academic work comes out of our underlying worries.” The same worry gave rise, in a much more intimate way, to Allen’s new book, Cuz: The Life and Times of Michael A.—the story of her cousin Michael Allen, who went to prison for 11 years for an attempted carjacking he committed at 15. Not long after his release, at 29, he was murdered by his girlfriend, whom he had met in prison.

A mix of biography, family chronicle, and history and sociology of Los Angeles, Cuz peels back the layers that produced Michael’s imprisonment and eventual death. In the early 1990s, Los Angeles was experiencing a surge in carjackings; in 1993, a few years before Michael’s attempt, California had passed a law that allowed teenagers to be tried as adults for that crime. Michael had no prior criminal record before his sudden spree (after his arrest, he admitted to robbing multiple people earlier that week). But because he was charged with four felonies at once, his case could trigger California’s 1994 “three strikes” law, which automatically sentenced those with their third felony conviction to 25 years to life in prison, or a plea deal. On the advice of his judge, in 1996, he agreed to plead guilty in exchange for a reduced sentence. The cruelty of Michael’s sentence, Allen argues, wasn’t merely that it wasn’t designed to rehabilitate, but that California’s beefed-up sentencing system had abandoned the idea of fitting punishment appropriately to crime. The “three strikes” law was conceived as a response to Californians’ terror over aggregate violent crime, as a means to deter crime by instilling absolute fear―not as a sentencing guideline appropriate for human beings.

Cuz has been read, rightly, as an excoriation of the justice system. But it stands out from the current crop of books urging criminal-justice reform in its analysis of the system of gangs and drug trafficking, identified by Allen as a “parastate,” that exerts control over entire neighborhoods of Los Angeles. “I didn’t want to let either party”―the sovereign state or the parastate―“off the hook,” she says. The interaction between the two through the ill-conceived war on drugs, tantamount to a literal war, rather than deterring violence made it inescapable. A “parallel universe” invisible to those unaffected by it, the parastate derives its power from a system of punishment stronger than any that could be enforced by a sovereign state. “To fight back against the War on Drugs,” Allen writes, “the drug gangs who took the business seriously established their own system of deterrence. In short, if you don’t do what you’re supposed to do, you’re shot immediately. In the knee first. You try to buck again? Then maybe you’re killed. Or maybe someone you love is killed.”

Michael had at different times mixed with both the Crips and the Bloods, the chief gangs reigning over Los Angeles. One chilling scene from Cuz displays the extent of the parastate’s penetration into the social worlds of the city’s youth. Allen’s cousin Roslyn describes attending a party where “someone came in and dumped a black garbage bag full of hard objects out onto the middle of the floor,” and Allen writes: “Guns spilled out. Another girl grabbed one and held it to Roslyn’s head. ‘Are you Blood? Are you Blood?’ she demanded.”

The role of the parastate―which for Michael and young men like him created a surrogate family and a feeling of loyalty―connects to a central tension of Cuz, between free will and coercion. Allen notes that there’s a false conflict drawn, in the conversation around justice reform, between individual and societal responsibility; in reality, neither concept can be properly understood without the other. “People do make choices, but they make choices within constrained environments,” she says. “As a society, we are responsible for the constrained environments within which people are making their choices. We have to have clarity about the degree of difficulty that we present to young people in the choice sets we present them.”

What choice set could Michael Allen be said to have had, growing up with a single mother who worked full-time (and at one point, with an abusive stepfather as well), beside a hidden organized-crime system that recruited boys like him? His story is also complicated, like any good narrative, by the influence of his extended family, including Danielle Allen’s father, William Allen, a formidable political scientist, and Allen herself, who guided him while he was in prison and after his release. Michael’s crimes weren’t minor, she writes, they were “very, very, very serious”―but the California justice system’s mandatory-sentencing policies made it impossible to make allowance for the constraints of his environment.

Allen originally spoke about her cousin in 2016, as part of the W.E.B. Du Bois Lectures, an annual University series of talks on the African-American experience. “I kept submitting these abstract titles for the lectures, like ‘Racial and Political Equality in America,’ and as the dates were getting closer, I just realized I couldn’t possibly pretend to address the theme of the lectures without telling this story,” she says. It took Allen 20 years, she says, to make sense of the proper relationship between personal experience and academic research―what she calls “the link between heart and head.”

In that regard, Cuz’s execution may contribute to another conversation happening on the intellectual left, on the relationship of lived experience to research. Intellectual questions often do grow out of things that academics have personally seen or struggled with. But the implications of such a link are easy to take too literally, with lived experience regarded as a source of unfalsifiable revelation. “One of the challenges of trying to build a university and research agenda in a diverse social world,” Allen says, “is exactly this issue of how people unify head and heart.” To do that “is not by any means to propose any kind of diminishment of the analytical force that should be brought to bear on questions. What it is to say, is that our hearts are discovery instruments that help us discover the important questions and the things we should be spending our research efforts on and bringing our heads to―and applying the highest level of analytical force to.” Cuz shows how doing so may be not just possible, but uniquely illuminating.