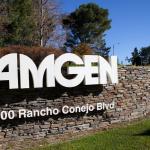 WASHINGTON - Just two weeks after pleading guilty in a major
federal fraud case, Amgen, the world's largest biotechnology
firm, scored a largely unnoticed coup on Capitol Hill:
Lawmakers inserted a paragraph into the "fiscal cliff" bill
that did not mention the company by name but strongly
favored one of its drugs.
The language buried in Section 632 of the law delays a set of
Medicare price restraints on a class of drugs that includes
Sensipar, a lucrative Amgen pill used by kidney dialysis
patients.
The provision gives Amgen an additional two years to sell
Sensipar without government controls. The news was so
welcome that the company's chief executive quickly relayed
it to investment analysts. But it is projected to cost
Medicare up to $500 million over that period.
Amgen, which has a small army of 74 lobbyists in the capital,
was the only company to argue aggressively for the delay,
according to several Congressional aides of both parties.
More
Source URL: https://portside.org/2013-01-22/fiscal-footnote-senate-gift-drug-maker