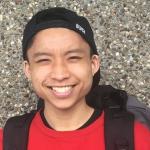 Last night, the night before that, and nearly every night between the last and the night of June 30, I have woken at about one o’ clock each morning with a recurring nightmare searing itself onto the insides of my eyelids. In this nightmare, two of my future sons come home to me dead, one from overseas, one from down the street, both with bullets embedded in their bodies. I’ve long held this fear before – the fear that young, Vietnamese American boys like my friends, cousins, and future children would drop lifeless against sidewalk cement following the sound of a gunshot, proving that warzones hungrily follow Vietnamese families regardless of where they settle.

This fear has reissued itself more intensely since I read the news that Tommy Le, a twenty-year-old Vietnamese American man, was shot and killed by King County police on June 14, 2017.

The Seattle Times reports that Tommy Le was fatally shot on June 14 by a King County sheriff’s deputy mere hours before Tommy Le was supposed to graduate from his alternative high-school completion program. Three deputies had been summoned to Tommy Le’s location after nearby homeowners called 911 about a man – later identified as Tommy Le – carrying a sharp, potentially threatening object.

When confronted, Tommy Le reportedly refused commands to drop the sharp object, prompting two deputies to fire their tasers, one of which hit Tommy Le with no effect. A deputy then shot Tommy Le three times. He later died at Harborview Medical Center.

The sharp object that so concerned nearby residents and the responding deputies turned out to be not a knife, but a pen.

Several weeks after Tommy Le’s death, community members gathered for a forum to discuss questions about Le’s death with local officials. According to Seattle Weekly, the discussion included critiques and expressed skepticism about the official police narrative presented about the incident, questioning why King County officials first reported that witnesses said Le brandished a knife when the shots went off before later clarifying that he only had a pen.

Criticism and distrust of the official police narrative surrounding Tommy Le’s death has increased with the release of Tommy Le’s autopsy. The autopsy reveals that Tommy Le was shot twice from behind and was not intoxicated, facts that contradicts and weakens the claim that Tommy Le was involved in direct confrontation with deputies.

Justice for Tommy Le organizer Yenvy Pham is quoted by Seattle Weekly as stating that, when it comes to loud, visible Vietnamese American activism, “it’s just not done.”

Pham’s statement is mostly true. As a community with strong reverence for its elders who, with the fall of the Republic of South Vietnam still in unshakable memory, have traditionally held control of the community’s narrative, there is still strong anti-communist sentiment that understandably pervades the Vietnamese American community, dissuading activities deemed too radical. Protesting the current communist administration of Vietnam is often considered acceptable. Protesting American interference abroad may not be considered as acceptable. Even entertaining concepts such as feminism has, in the past, been labelled too close to a communist activity to be widely accepted, at least by a portion of Vietnamese American elders.

However, as younger Vietnamese American generations move into power within the community and shift the community’s general political focus away from the Vietnam War, it is crucial that the previous, self-inflicted obstacles to significant, lasting political activation not be repeated.

Following the traditional attitudes of subservience and aggressive assimilation is no longer – and arguably never was – an effective safety measure for Vietnamese Americans.

Like so many of the young Vietnamese Americans waking from the heavy shroud of silence in the aftermath of Tommy Le’s death, I refuse to have my nightmares turn reality, to have dead sons weighty in my frail arms. The United States should not have to be another warzone for a community forced here by gunfire.

The more time spent engrossed in the past instead of spent concentrating on solving present problems and on building not only a cultural, but a political foundation for the forthcoming Vietnamese American generations, the more time is wasted allowing devastating issues to plague the community – and the more time is spent in mourning for those who paid and will pay for the community’s own prolonged, encouraged political silence with their lives.

Do Nguyen Mai – name written family name to given name – is a Vietnamese American poet, a Southern California native, and an ardent advocate for Vietnamese American progress. She is the founding executive editor of Rambutan Literary and her debut poetry collection, Ghosts Still Walking, is available from Platypus Press.

diaCRITICS is the blog of the Diasporic Vietnamese Artists Network (DVAN). The editor is Viet Thanh Nguyen.