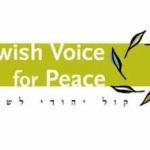 The US Campaign to End the Israeli Occupation and Jewish Voice for Peace announced that they are running a full-page ad in today's special presidential inauguration edition of the influential Capitol Hill newspaper Roll Call, which is distributed to nearly 20,000 Capitol Hill staffers and elected officials.

The ad calls on President Obama to hold Israel, which receives more than $3 billion per year in military aid from the United States, accountable to U.S. law. The Arms Export Control Act limits the use of U.S. weapons to "internal security" or "legitimate self-defense." The Foreign Assistance Act explicitly bans military aid from being sent to any government that engages in a "consistent pattern of gross violations of internationally recognized human rights."

Citing Israel's well-documented track record of human rights abuses against Palestinians, the ad asks President Obama to heed the urgent call of 15 major Protestant church leaders; a delegation of civil rights leaders, some of whom worked closely with Reverend Dr. Martin Luther King, Jr.; 60,000 supporters of Jewish Voice for Peace and another 20,000 supporters of the US Campaign to End the Israeli Occupation- all of whom who have asked President Obama to hold Israel accountable to U.S. and international law.

According to Josh Ruebner, National Advocacy Director of the US Campaign to End the Israeli Occupation, "With the onset of President Obama's second term and the anticipated re-election of Benjamin Netanyahu as Israeli prime minister, the United States must embark on a bold departure in its policies to bring about a just and lasting Israeli- Palestinian peace. First and foremost, this means holding Israel accountable for misusing U.S. weapons to commit systematic human rights abuses of Palestinians. Morally and financially, the United States cannot afford to be complicit in Israel's ongoing oppression of the Palestinian people."

Cecilie Surasky, Jewish Voice for Peace Deputy Director stated: "Despite the right-wing Israel Lobby's efforts to scare Jewish voters, American Jews yet again voted in overwhelming numbers to send Barack Obama to the White House. Polls show there's more room than ever for Obama to take a strong stand on U.S. aid, and on settlements.  If President Obama goes there, we'll be ready to back him up. The Israel Lobby just doesn't represent most American Jews-they represent the increasingly right-wing interests of an Israeli government seemingly bent on self-destruction."

US Campaign is a national coalition of nearly 400 organizations working to end U.S. support for Israel's 45-year military occupation of the Palestinian West Bank, East Jerusalem and Gaza Strip, and to change U.S. policy toward Israel and the Palestinians to support human rights, international law and equality.

Jewish Voice for Peace is a national grassroots peace organization dedicated to promoting a U.S. foreign policy in the Middle East based on peace, democracy, human rights and respect for international law. JVP has offices in NY and CA, over 125,000 supporters, 35 chapters, a Rabbi's Council, and a youth branch called Young, Jewish and Proud.