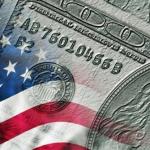 Most observers of last week’s off-year elections were focused on the implications for the Democrats’ ability to mount a credible challenge to President Trump and Trumpism. However, the races were also an interesting window into the role money plays in state and local elections, and the possibilities for campaign finance reform across the country.

All eyes were on Virginia Tuesday night, and the state delivered a riveting set of outcomes -- at no small cost. The elections for governor, attorney general, lieutenant governor and House of Delegates broke both fundraising and spending records in the state. Virginia is something of a Wild West when it comes to campaign finance, with no limits on campaign donations from individuals, corporations, or political action committees. Among other things, the state’s laissez-faire political culture produced a whopper of a scandal when former Governor Bob McDonnell was prosecuted in federal court for accepting hundreds of thousands of dollars in gifts from a dietary supplement maker who wanted the state to promote his products (McDonnell’s conviction was overturned by the Supreme Court on technical legal grounds that had nothing to do with the appropriateness of his conduct).

Yet, there is also a glimmer of hope for reform. Nineteen candidates for the Virginia House of Delegates -- some incumbents and some challengers -- signed a pledge from the national organization Every Voice to prioritize opposing Citizens United, enacting election contribution limits, and passing legislation to incentivize everyday citizens’ participation in Virginia politics. Ralph Northam, Virginia’s Governor-elect who has called for caps on campaign donations and a ban on corporate, made the same pledge to fight big money.

Over on the West Coast, the picture was remarkably similar. Washington State had the dubious distinction of hosting the most expensive state legislative contest in American history. The special election for the 45th Senate District, which decided party control of the chamber, exceeded $8.5 million in total spending, with large amounts spent by candidates’ campaigns and by outside groups and PACs. One legislator called the amount spent on that race a “painfully, horrifically unprecedented assault on common sense and a healthy democracy.”

While winner Manka Dhingra did not make campaign finance central to her platform, she did express dismay at the massive amounts of money spent on the race, noting that it had convinced her of the need for state-wide campaign finance reform. Let’s hope her colleagues agree. There appears to be widespread consensus about the need for reform in Washington, but recent legislative efforts — for example a push to close dark money loopholes and ensure full transparency for all campaign spending — have come up short.

If Washington State officials need a good model, they should look no further than their own largest city, Seattle. In 2015, Seattle passed a landmark public financing scheme, under which each voter in the city receives four “Democracy Vouchers” totaling $100 that can be assigned to their preferred candidate for city office -- provided the candidate agrees to participate in at least three public debates, and to comply with certain contribution and spending limits. A local court recently turned back a constitutional challenge to the program.

On election day, three democracy voucher candidates won their races. Two of them, M. Lorena González and Teresa Mosqueda, were elected to the City Council, making six of the nine council-members women (including four women of color). Both González and Mosqueda raised over two thirds of their total money from $25 vouchers. Incumbent city attorney Pete Holmes also won as a democracy voucher candidate, raising a little over half his money  from the same program. The success of the program’s inaugural launch did not come as a surprise, since five of the six candidates in this past general election qualified for and used the new system. But it reaffirmed that vouchers can help amplify underrepresented voices, both as donors and candidates.

Last Tuesday, down-ballot candidates showed the nation that money still matters greatly in  our campaigns — especially in down-ballot races that receive less media coverage — and that the push campaign finance reform is still alive and well in the states. Legislators should recognize that Citizens United and other recent Supreme Court cases do not hamstring them from enacting meaningful change. Small donor public financing, contribution limits, and campaign finance disclosure are still very much on the table. In the 2017 elections, we saw that these measures can work – and that voters are creating momentum to enact them.