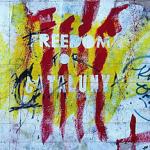 There are different ways to answer this. Perhaps the most accurate response is that there is a democratic conflict between an Autonomous Community (Catalonia) and the Spanish State. The majority of the population (nearly 80%) wants to exercise the “right to decide” (the right to self-determination) through a referendum. The Spanish State refused any negotiations on the matter, which comes in stark contrast to what happened between Great Britain and Scotland (or between Canada and Quebec). For Spanish nationalists, the aspiration of this majority of Catalan citizens is simply unconstitutional. Naturally, this social majority in favour of a referendum is also in favour of resolving the conflict through a vote, and does not condition the result, as proven in Scotland.

Treated unfairly and with little respect

Catalonia is a nation with more than 1,000 years of history, hundred-year-old institutions, and its own culture and language that, above all, it sees as being treated unfairly by the Spanish State and with little respect. The current conflict arose when the leftist government suggested the need for a new Statute of Autonomy in 2003. The Catalan Parliament and the Spanish Courts reached an agreement, and put it to a referendum in 2006.

It was approved by a majority, but it never came into effect. The Partido Popular – then the opposition party – kicked off a campaign across Spain in opposition to the Catalan Statute, and lodged an appeal with the Constitutional Court. “Catalanphobia” became the centre of all battles. The Constitutional Court’s ruling came in 2010, and suspended a good deal of the Statute. Catalonia became the only Autonomous Community to have a Statute that has not been endorsed by its citizens. By breaking the territorial pact forged by the 1978 Constitution following the dictatorship, legal experts classified the ruling as a “coup d'état”, and did so with an essentially political ruling against the people's sovereignty expressed in the 2006 referendum.

The popular reaction against the ruling was massive, and was followed by seven consecutive years of well-attended protests, where hundreds of thousands of people expressed their opinion that the 1978 territorial model was finished.

The refusal of Mariano Rajoy’s government to open a dialogue has lead the situation into deadlock: in Catalonia, this meant an increase in pro-independence sentiments, and in Spain, a recentralisation of the State. This has always been the PP's stance, and with the support of Ciudadanos (C’s), both liberal right parties with a taste for Spanish nationalism, as well as some of PSOE's more authoritarian-leaning delegates with similar economic politics, followed in the wake of Spanish Central Bank and Troika mandates. This move has exponentially increased poverty and uncertainty in a society that has already been severely punished by an unemployment rate much higher than the European average.

A mixture of economic, social, and territorial crisis is a cocktail without which it is impossible to understand the Catalan politics that follow the 1978 regime’s structural crisis.

Faced with Rajoy’s constant “niet”, the Catalan independence movement took the option of going up against the State, the so-called unilateral path, all while confusing a majority in favour of the referendum with a majority in favour of independence, which sits at around 50%. That has led to strategic errors: despite Rajoy having declared it illegal, 2.3 million people showed up to vote that day, and they thought that the State wouldn't use violence (real or the treat thereof) to stop the October 1st referendum or the Declaration that proclaimed the Catalan Republic.

Another strategic mistake was the lack of a social proposal, thinking that they could amass a wider majority that favoured independence without giving them radical, socially advanced democratic content through a constituent process. The divisive thought of “first independence, and then everything will be worked out” did not work for the portion of the population that is struggling to make ends meet, and for whom independence is not a priority. It will not work without contesting the hegemony of the neo-liberal right over the sovereigntist process, the driving force behind the same slashing of social services, with the same cases of corruption as the Spanish neo-liberal right.

The citizen mobilisation was spectacular, but its leaders did not know, or did not want to deepen the crisis of the monarchy's regime, forging alliances with progressive forces on the left, such as Unidos Podemos, that has come out in support of an agreed upon referendum. Instead of strengthening affinities with other regions like the Basque Country or Galicia, the Catalan independence movement stepped on the gas, believing that they had enough strength to defeat a Spanish State supported by the European Commission. Catalans in favour of independence are deeply disillusioned with Europe. They believed that Europe would not stand for the violence, and that some European countries would recognise the Catalan Republic (especially in Scandinavia and the Baltics). The EU chose to look the other way based on two principles: States have no friends, they have interests, and the "Catalan issue" could be contagious for other Stateless nations that may also aspire for their own independence.

Without question, Spain has serious democratic deficiencies, and the separation of powers casts serious doubt, especially in the judicial system, where right-wing politics appear more and more like right-wing extremism. Cheered on by the government, this judicial front has sent the leaders of the civil independence movement to prison despite a total lack of evidence, accused of rebellion and acts of violence. They also sentenced half of the government, and asked for the extradition of the other half that is in Brussels. All of this within 48 hours and under legally dubious allegations, while corrupt politicians spend years awaiting trial.

Regarding the conflict between Catalonia and Spain, European Council President Donald Tusk said, “The force of reason must be imposed”. The truth is that the State only imposed force without reason, making the conflict a legal issue (with clear political roots) as a part of their strategy of repression. We shouldn't forget the application of article 155 of the Constitution. This allows the Spanish government to intervene in Catalan institutions, impose a minority and anti-democratic government in Catalonia, suspend its own government, and dissolve its Parliament.

Faced with an increase in repression, a widespread solidarity movement demanded freedom for the political prisoners, and the end to legal proceedings against more than 700 mayors, elected officials, and the Bureau of Parliament for exercising their freedom of expression and debate.

Madrid dissolving the Catalan Parliament and calling elections was Rajoy's master move, but it could turn out to be his greatest mistake by hastening the calling of general elections in the Kingdom of Spain. Rajoy was not expecting that the forces behind the pro-independence movement – JuntsxCatalunya (centre-right), the favourite to win, ERC (social democrat), and CUP (anti-capitalist) – would run in the December 21st elections, and be considered the favourites for regaining their parliamentary majority.

The role of the alternative left is key

The role of the alternative left, rallied around Catalunya en Comú and Barcelona mayor Ada Calou's party, will be key. Despite distancing themselves from the pro-independence movement, they are supporting a confederated State that recognises Catalonia as a sovereign nation that can decide on its independence through an agreed-upon referendum, which alienates them from the constitutionalist block. This means that it is possible that the only real alternative to a new pro-independence Government is one of left-wing sovereigntist political forces. The referendum will continue to be on the table no matter what, all while challenging the liberal economic model.

We have been witnesses to the difficulties, mistakes, and uncertainty of the Catalan sovereigntist process, but above all, we look towards the inability of Rajoy's government to provide a democratic solution, and their threat of transforming the 1978 regime into the authoritarian 155 regime.

The so-called “Catalan question” is no longer an internal question within Spain, it is a European question.  Freedoms and rights are at the centre of the debate for all democrats, and especially those of us who defend a nation's right to decide.

In the midst of the 21st century, Europe must face the possibility that, if we are all European citizens, its inner borders can be changed if the majority of its citizens decide so freely and democratically. Europe cannot renounce true democracy as a way of resolving conflicts.

David Companyon was born in Barcelona in 1960 and is the Director of Studies and Programmes of the Fundació L’Alternativa and responsible official for social issues of the Esquerra Unida i Alternativa (EUiA). He used to be an MP in the Catalan Parliament. He also works for the magazines SinPermiso and L’Aurora.