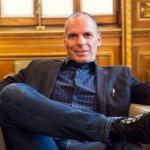 Along with French economist Thomas Piketty, former Greek finance minister Yanis Varoufakis is making economics sexy again. Journalists enjoyed snapping photos of Varoufakis, clad in a black leather coat, commuting to the finance ministry’s offices on his Yamaha motorcycle. But his short tenure in the Greek government was marked by clashes with the country’s creditors and ultimately with the leadership of Syriza, the left-wing party that came to power in Greece in early 2015.

Varoufakis, a self-described “erratic Marxist,” also happens to be a gifted storyteller who can deftly relate personal experiences to larger themes without sacrificing analytical rigor. It’s not something you would expect to find in your average finance minister, but he is no ordinary government bureaucrat. 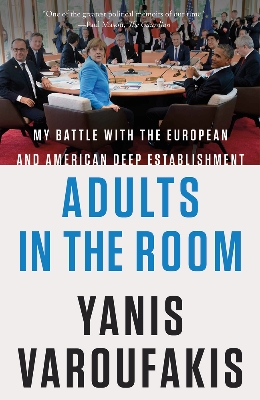 He opens Adults in the Room, his memoir about his short time in government, by describing a late-night meeting in a Washington bar in which former U.S. Treasury Secretary Larry Summers asks him if he would behave as an insider or outsider. It is a sly narrative construct, as Varoufakis tells all from the outsider-insider perspective and recounts the negotiations over Greece’s debt with the “Troika”: the International Monetary Fund, the European Commission and the European Central Bank (ECB).

Varoufakis names the individual actors in the Greek tragedy, but where he really shines is in explaining the central economic and political forces that created Europe’s economic crisis.

Greece’s population is 10.75 million but its public debt is around 330 billion euros ($390 billion). He argues that Greece is in a modern-day debtor’s prison and cannot pay its sovereign debt without a serious restructuring. Adults in the Roomtakes pains to describe his attempts to end the country’s “fiscal waterboarding” at the hands of the Troika. Varoufakis demanded new debt terms and some debt cancellation — “haircuts” for the banks and other institutions that held Greece’s bonds. One problem was that the ECB’s charter explicitly prohibited debt cancellation and bailouts, thus stacking the deck against the debtor nation.

An outsider’s tale of crashing the ultimate insiders’ club.

Once in power, Varoufakis got creative. He offered to convert Greece’s unsustainable debt payments to perpetual bonds that paid lower but perpetual interest, and the country would be able to choose when to pay off the principal, sometime in the distant future. Another novel but workable idea was that Greece would swap its largest debt obligations for new 30-year bonds that had crucial provisions: Annual payments would be suspended until Greece’s national income increased, and would then be linked to its economic growth.

It would have been a win-win solution for both sides, but the Troika rejected all of Varoufakis’ proposals. It held the upper hand: It could close Greece’s banks and turn off the liquidity spigot. Varoufakis wanted Greece to play hardball and default on its ECB debt if that happened. He was convinced German Chancellor Angela Merkel did not want to force Greece to leave the Eurozone, the 19-nation group that shares a common European currency. He believed a “Grexit” would have spurred a stampede out of the Eurozone by other debtor countries like Italy, Spain and Portugal. However, the Syriza government lost its nerve and did not default. The chapter “Lions Led By Donkeys” details what happened when the Troika shut Greece’s banks down and the Syriza government capitulated.

Adults in the Room unflatteringly portrays Greek Prime Minister Alexis Tsipras and how he cracked in the face of intense diplomatic pressure, bank closures and the threat of being kicked out of the Eurozone. When Tsipras agreed to impose a new round of austerity on his country in order to procure a new loan from the Troika, Varoufakis resigned and sped away on his motorcycle. He was finance minister for just five and a half months.

Readers should pair Adults in the Room with Varoufakis’ And The Weak Suffer What They Must? 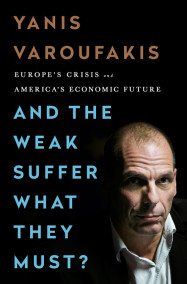 The title of the latter is derived from an infamous scene in the Greek historian Thucydides’ recounting of the Peloponnesian War, in which the Athenians demand that their weaker rivals unconditionally surrender or else face complete annihilation, because “the strong do as they like while the weak suffer what they must.” More than 2,000 years later, Varoufakis contends, this same merciless logic can be found in today’s neoliberal global economy. He does us the favor of showing us how we came to this moment.

In his retelling, the United States shifted in the 1970s from an industrial powerhouse that ran large trade surpluses to a debtor nation, within which economic and political power shifted from industrialists to Wall Street.

“The trick for America to gain the power to recycle other countries’ surpluses… was to persuade foreign capitalists to voluntarily send their capital to Wall Street,” he writes. Wall Street offered high returns on investment in the form of higher interest rates to attract Japanese, German and eventually Chinese capital. Higher interest rates meant American manufacturers’ costs jumped and consumer purchasing power nosedived.

Then the party stopped with the financial crash of 2008. Varoufakis thinks the United States can no longer effectively manage the global economy. The Great Recession decimated Americans’ already stagnant incomes, so they do not have the purchasing power to absorb surpluses and recycle money that they did in previous generations.

Varoufakis warns that unstable, debt-ridden countries are a breeding ground for fascism. While Greece’s neo-Nazi Golden Dawn party is hobbled by murder trials and corruption charges, elsewhere the far right is capitalizing on economic insecurity by blaming immigrants for society’s problems.

Varoufakis, like Piketty, advocates a federal European Union system that would socialize debts, stabilize debtor countries’ economic growth and democratize the EU bureaucracy. After his stint as finance minister, he came away convinced that no one country by itself could successfully challenge Europe’s powers that be. He cofounded DiEM25 (Democracy in Europe Movement 2025) — “a pan-European, democratic, humanist movement” — that seeks to transform the European project while preventing it from sliding into a 21st-century version of fascism.

It won’t be an easy task. But from his writing, it is clear Varoufakis knows exactly who and what he is up against.

[Bennett Baumer worked as a community organizer for over ten years and is a candidate for a master's degree in sustainable real estate development at NYU.]