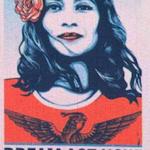 Let us be clear.  The shut down of the U.S. government on January 19  was due to a dispute over spending because Donald Trump ordered the end of the the Deferred Action for Childhood Arrivals (DACA) program. The proposed spending bill assumes the end of DACA and demands a vast increase in spending on the border, including a wall.  At present the critical issue is restoring DACA.  We had a DACA program that protected the lives of some 800,000 young people who came to the U.S. as children.  Trump created this crisis and the Republicans are using the crisis to promote their anti-immigrant agenda.

As the Southern Border Communities Coalition says, “The Administration’s  misguided and outlandish proposal would waste 33 billion dollars of taxpayers’ money to further militarize border communities, by building walls and deploying more federal agents. This funding request is an affront to the 15 million people who call the borderlands home. The funding proposal  further  fails to address border residents’ true needs, including oversight and accountability for abusive Customs and Border Protection personnel.  Increasing the number of agents would have little to no impact on security and would be fiscally irresponsible and unwarranted.”

Communities on U.S. borders are being attacked by their own government. Immigrants are living under a reign of terror, with deportation to a foreign country being a constantly present danger.  Even those in immigrant communities who are under no legal threat of deportation are threatened. Their neighbors, spouses, family members,  coworkers, and friends are being taken  from their homes and dropped across the border with no hope of return.

In the current budget fight the White House has demanded that an increase of 33 billion dollars in funding for anti-immigrant measures be included as a part of the Development, Relief, and Education for Alien Minors (DREAM) act. The DREAM act would grant legal status to immigrants who came to the U.S. as children. Eighteen billion dollars of this funding increase would be spent on the border wall and the rest on further terrorizing immigrant communities. These demands are unacceptable.  They would hurt immigrant communities while doing nothing to create a just immigration process. If Trump’s version of the DREAM act passes, immigrants in this country will face increased arbitrary harassment by hostile federal agencies.

The White House’s demands released last October include deporting children seeking asylum, easing the requirements for deportations, expanding the Immigration and Customs Enforcement’s (ICE) authority, allowing state governments to enforce immigration laws and protecting those state governments from being sued after deporting and detaining immigrants.  Even more outrageous demands are included in their list of priorities.  Republican congressmen justify these brutal proposals by saying that they are necessary for national security, including the need to fight gangs like MS-13. They further justify their proposals for mass deportations by saying that those who became refugees in this country did so by abusing loopholes. These measures will not make the U.S. safer.

What these measures will do is drastically militarize our society. The border itself will be more heavily patrolled; the Trump administration wants to add 5,000 Border Patrol agents. These agents will be unleashed on immigrant communities, where they will do tremendous harm.  A 2014 study of the Border Patrol called “No Action Taken,” written by the American Immigration Council, found that 97 percent of complaints against agents resulted in no punishment for the agent (Martinez, Cantor, and Ewing 2014). These sorts of abuses will also happen away from the border. The Republican administration demands that 10,000 additional ICE officers be hired to enforce new laws. Even more alarming is the demand that local law enforcement be included in immigration enforcement. The Trump administration wants to authorize state and local governments to pass laws that allow them to cooperate with federal agencies. The administration also wants to incentivize local governments to enter into immigration enforcement agreements with the federal government. At least 23 states and numerous cities already do this.  The Trump administration did not mention what incentives they were planning to offer. Their most worrying demand is that local law enforcement be granted the same immunity afforded to federal law enforcement in immigration matters.

The major increase in enforcement efforts will shatter communities across this country by making it too risky for many immigrants to engage with civil society.  If law enforcement is seen as collaborating with ICE, contact with the police, already extremely dangerous, will need to be avoided at all costs by immigrants. Under such circumstances, it is difficult to establish trust between immigrant communities and the law.  To prevent this loss of trust, more than 200 cities and counties have declared themselves as sanctuaries from such assaults; however, the Trump Administration proposes to withhold federal funds from such localities. The Trump administration has already tried to withhold funds from sanctuary cities. Chicago almost lost 2 million dollars of federal funding. A federal judge issued a temporary injunction last September which restored funding to sanctuary cities. If the administration gains the right to cancel grants to sanctuary cities as part of the budget negotiations, many communities will be severely harmed.

We Need a Clean Dream Act

Instead of acceding to the demands of the Republican administration, Congress must reform immigration with the goal of making it possible for America’s immigrant communities to participate in wider society. Hundreds of thousands of people receive a precarious legal status thanks to programs like Temporary Protected Status (TPS). Already, the Trump administration has refused to renew TPS for countries like Haiti and El Salvador. Those who have some protection in this country because of TPS should be granted permanent legal status and ultimately citizenship. Refugees and immigrants who came to this country as minors must be granted permanent residence and a path to citizenship.  A clean DREAM act is needed. These people must not be separated from their families. What the Republican administration calls “chain migration” is the current law on family preferences that brings families together. Family-based immigration sponsorship should be maintained. This is only part of what needs to be done to make the U.S. immigration process just.

Comprehensive immigration reform would also include a radical change in how immigration laws are enforced. The current system where the law is enforced by lawless organizations like ICE and the Border Patrol is unacceptable. These agencies have proven themselves incapable of fighting organized crime. Instead, they have primarily succeeded in terrorizing peaceful immigrants, many who came to the U.S. to flee terrible conditions created or exacerbated by U.S.  foreign policy. Even deporting immigrants with criminal records is counterproductive.

Immigration reform is desperately needed. Dreamers and TPS recipients need their legal status maintained and millions more need legal protection. It should be possible for those millions of immigrants working in this country to gain a route to legalization and citizenship.  Instead, the Trump White House demands a border wall, more ICE, more border guards, and even less legal protection for immigrants. These Republican demands have produced a government shutdown.  They must not be included in the DREAM act or other legislation.

The Democratic Socialists of America (DSA) and unions must work with other progressives to defeat the white nationalist agenda of the Trump administration.

Update. The legislative deal approved by a vote of 81 to 18 on Jan 22 did not resolve any of the issues listed above.

Activist X, member of the Immigrants’ Rights Committee (name not disclosed due to a well-founded fear of persecution and retribution by ICE).]

Individually signed posts do not necessarily reflect the views of DSA as an organization or its leadership. Democratic Left blog post submission guidelines can be found here.