Are Florida Prisons Suppressing an Inmate Strike or Just Lying About It? 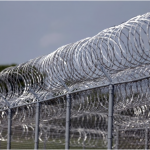 In the weeks leading up to Martin Luther King Day, prisoners in Florida promised to celebrate in a manner the slain civil rights leader would have appreciated: by going on strike for a month. Along with the abuses they highlight in their statement, the prisoners demanded payment for their labor, an end to overcharging for food and other supplies sold at the prison canteen (including $17 for a case of soup) and the reintroduction of parole for those serving lengthy sentences.

Yet the Florida Department of Corrections claims the promised strike is not happening. “Prisons and institutions across the state had no interruption to daily operations,” the FDC wrote in a terse response to a Jan. 15 protest at its headquarters in solidarity with the strike. “There were no reports of inmate work stoppages.”

A Facebook page for Florida prisoners and their family members offers insight as to why that might be. It reports that strike organizers in at least 15 prisons were placed in isolation and denied their property, including writing instruments, to forestall the strike and limit their ability to communicate. Some facilities have allegedly denied prisoners any access to the telephone, cutting off the only form of immediate communication available to prisoners — regardless of whether they were participating in the strike.

The lack of clarity about whether the strike was suppressed or whether it is happening amid FDC’s denials exposes the truth about prisons: It is not just people who are locked up, but information itself. For decades, prison officials have implemented increasingly punitive, isolating treatment. Prisons have become not only more plentiful but more remote. Yet many Americans know little about these changes because prisons have long deployed a mix of censorship and distortion to hide dramatic abuses that reveal the extreme injustices found inside the country’s many prisons, jails and detention centers.

Prisons, as the journalist Tom Wicker once wrote, “have a dual function: to keep us out as well as them in.” Although state governments and the federal Bureau of Prisons operate 90 percent of prisons in this country, the public has almost no access to them. What little information trickles out comes either from officials eager to portray a smooth-running institution or from prisoners desperate to improve their conditions.

This information blackout stems from extensive efforts by prison officials to keep the world inside of prison walls shielded from the public, so as to avoid scrutiny of their questionable, brutal tactics.

The dramatic 1971 Attica prison rebellion in New York was perhaps the clearest example of how prisons create alternate realities. The four-day uprising came to a bloody end on Sept. 13, 1971, when, as historian Heather Thompson recounts in “Blood in the Water,” state troopers retook the prison with savage force. Troopers killed 29 prisoners and 10 guards who had been taken hostage during the uprising, and then tortured many of the surviving prisoners.

To justify such violence, various state officials said prisoners had castrated guards. Even when that claim was proved to be false, the government spent decades protecting the troopers who killed and abused the men at Attica.

Attica was not an isolated incident. Throughout the 1970s, the country witnessed scores of uprisings and other political conflicts over the dire state of prison conditions. In nearly every case, prison administrators or other state officials cast prisoners as violent aggressors and reduced their already limited access to media, family members and the rest of the outside world. The Supreme Court enabled such censorious behavior. In 1977, the court ruled that prisoners had no right to form labor unions and that prison officials could eliminate other First Amendment protections in the name of institutional security.

In an effort to further curtail the spread of information, states and the federal government began building increasingly austere prisons. The test case came at the federal prison in Marion, Ill. In 1972, the Bureau of Prisons shipped dozens of dissident prisoners from around the country to Marion and placed them in a new kind of isolation called a “Control Unit.”

A control unit is a kind of administrative punishment: You could be sent there without having violated a law or rule. Inside the control unit, prisoners are locked down for 23 hours a day in small cells with no programming. From 1983 to 2006, the entire prison operated under these severe conditions. During that time, a U.S. Department of Health and Human Services report found that the prison’s water supply was also contaminated.

The Marion experiment served as a model for mass incarceration. Since 1973, the American prison population has exploded from 204,000 peopleto more than 1.5 million (with another 630,000 people incarcerated in jails and 41,000 in detention centers). But not only were more people being sent to prison — once there, they also found themselves in more punitive environs.

Some people are quick to blame the expansion of private prison companies over the past three decades, including the Florida-based Geo Group, for the deepening brutality of America’s prison boom. But the problems originate in state and federal governments. Ninety percent of prisons are government-run and some of the most severe forms of punishment take place there.

In 1986, the federal government opened a control unit for women prisoners in Lexington, Ky. In addition to the 23-hour lockdown, prisoners were under constant video surveillance — including in the shower — and only had minimal and completely monitored contact with people outside. The prisoners were also held in all-white cells in an underground unit. The intense sensory deprivation and routine strip searches caused a variety of physical ailments. Amnesty International labeled the unit “cruel, inhuman, and degrading,” tantamount to torture.

Although that unit was closed in 1988, the model persisted at other prisons. A spate of so-called supermaximum prisons opened around the country throughout the 1990s, each one promising to reduce human contact in more severe ways.

Between 2006 and 2008, the Bureau of Prisons also opened two “Communication Management Units.” Prisoners in the CMU have severe limits placed upon their contact with the outside world. Equally distressing, they are not given a reason for their placement there nor an indication of how they might get out. Critics allege that the unit is a tool of racist and political repression, filled largely with Muslim prisoners.

This rampant abuse within prisons has generated labor and hunger strikesacross the country in the past decade, most recently in Florida. A year-long investigate series by the Miami Herald found violence to be a routine and sanctioned part of the state’s prisons. Among the revelations were guards who had killed one prisoner by leaving him in a scalding shower for two hours; another one was gassed to death in his cell while begging for medical assistance, a third was killed after she reported threatening behavior from the guards. Last year, 428 people died inside of Florida prisons — a record, and 20 percent more than died in custody in 2016.

With almost 100,000 people incarcerated, Florida’s bloated prison system is surpassed only by Texas and California. The MLK Day strike is the latest sign of discord in the state’s prison system. Last August, the state preemptively locked down all 50 of its prisons, work camps and reentry centers for four days to prevent a protest. Prisoners at three Florida institutions participated in a nationwide prisoner strike on the 45th anniversary of the Attica rebellion in September 2016.

“We need to shine a light from the outside in on this system,” said one of the prisoners who called for the MLK Day strike. He said it anonymously for fear of reprisal. Yet the reprisal may have come anyway. “Democracy dies in darkness,” The Washington Post boldly averred after President Trump’s election. The darkness enveloping American prisons shows how tenuous our nation’s democracy has long been.