Swearing Is Good for You in Ways Both Mentally and Physically 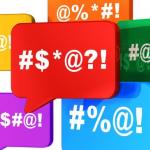 [moderator: the findings reported in this post are the result of scientific inquiry.  Of course, they are not the first observations on the subject --witness the timeless words of America's greatest social critic, Mark Twain, who noted: "Under certain circumstances, urgent circumstances, desperate circumstances, profanity provides a relief denied even to prayer."]

“Bad words” appear in every language and take many forms. Some are impious, copulatory or excretory; others are slurs of one sort of another. Most of us were raised to think of cursing as a vice to be cured. But there’s a reason that swearing is such a universal practice, across time and place. It actually has many benefits.

Swearing has a power that other words lack. Consider the ­capacity of curse words to help us withstand pain. Researchers led by psychologist Richard Stephens at Keele University in Staffordshire, England, have investigated this ­effect for years. They found that people can keep their hands submerged in ice water about 50 per cent longer when they swear as compared with when they use a neutral word. Which words did the trick?

Participants were asked to use the ­imprecations they would utter if they dropped a hammer on their thumb. Swearing seems to have its effect across personality types. It helps both those who freely ­express their displeasure (“anger-out” people, as psychologists call them) and those who tend contain it (“anger-in” people).

Stephens conducted a version of his ice-water experiment in 2011 in which he first asked people to rate how likely they were to swear when they were angry. He found that swearing eased the pain equally well for everyone, whether they were inclined to swear or not.

We know that swearing does something to our physiology. When you hear or use swearing, your heart rate accelerates, your palms become sweaty and your emotional state intensifies.

Though researchers don’t know the exact mechanism by which swearing eases pain, it would seem to work through our emotions, heightening confidence, increasing aggression and making us more resilient. And not just any swear words will do, ­Stephens has found. They need to be genuinely taboo words. ­Euphemisms such as “fudge” don’t cut it: they provide no benefit when it comes to ­withstanding pain, and they leave our heart rates and our emotions ­unchanged.

Using curse words can serve not just to inure us to pain but also, apparently, to improve our capability at physically demanding ­activities.

A study published ­recently in the journal Psychology of Sport and Exercise showed that swearing increased strength and stamina. Fifty-two volunteers squeezed a measuring device as hard as they could for two minutes. Those who were instructed to swear during this difficult task were able to exert significantly more force for longer.

Swearing can also help to ­relieve social pain — feelings of being rejected or excluded. In 2012 researchers at the University of Queensland asked 70 volunteers, just over half of them male, to ­remember an experience of being excluded from a group or included in a group. They found that swearing after being made to recall a hurtful event reduced the pain ­associated with the memory.

This finding is consistent with other research showing that a therapeutic dose of acetaminophen or cannabis also reduces ­social pain. Here, as in the ice-water experiment, swearing acts like an analgesic.

Some research has shown that swearing can be a valuable tool for social bonding, too. Studies from Australia and New Zealand, in the information technology and manufacturing sectors, show that risking a swear word of frustration, amusement or sympathy among members of a new social group is an important barometer of how much we believe that our good ­intentions are accepted. We tend to swear among those we trust, and it can help to create trust.

Even when used aggressively, swearing has some benefits. It is an escalation signal, a warning to give someone space before violence ensues. Without swearing, we might experience more physical conflict at times of great pressure.

The problem, of course, lies in the shock value of curse words: Without the shock, there is no emotional impact. Swearing is powerful stuff. A little can go a long way.

Emma Byrne is the author of Swearing Is Good for You, published by W.W. Norton.