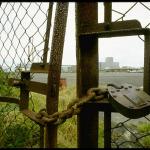 Hitchhiking across America with a buddy in the late 1950s, we visited his family in a steeltown outside Pittsburg in the Monongahela Valley. His extended family still lives within the borders of Democrat Conor Lamb to victory over President Donald Trump and a united Republican Party.

Back in the Fifties, my buddy’s Dad walked us down the hill alongside hundreds of workers at the crack of dawn past the Steelworkers Local headquarters into the gargantuan Mill. We saw the furnaces belching fire and multi-ton containers of molten steel drifting high across the ceiling. A vision of hell, itself, tamed by proud skilled workers.  It is so clearly a horrendous crime – an act of treason – that leaders of both political parties helped bankers and industrialists ship America’s mills and factories overseas devastating such communities across the rustbelt.

Bernie Sanders had it right when he challenged the Democratic Party to address the devastation of factory towns and industrial states. Donald Trump was a false prophet and demigod when he promised to take on both parties to revive the rustbelt. Hillary Clinton was right when she accused Trump of being a racist, xenophobe and misogynist who was callus to the needs of the poor, immigrants and disabled.

Then, in the gloom of Trump’s election victory, most political observers, including progressives, started getting it wrong.  Some prominent progressives suggested that the ranks of the industrial unions, more integrated than church pews, had suddenly turned racist, despite labor’s long alliance with the civil rights movement. Pundits noting that a majority of Rustbelt white women (not all women) voted for Trump suggested that there was a mysterious block of women who felt vested in Patriarchy

The media kept proclaiming the collapse of the Roosevelt coalition of organized labor, Blacks, Latinos, organized women, youth and poor people despite all evidence to the contrary. They brushed off            the fact that fewer people voted for Trump than turned out for Mitt Romney against Barack Obama.  They ignored the fact that these same steel and mining towns had voted overwhelmingly for Obama four years earlier. Clearly, these voters felt Obama had compassion for their plight and Hillary Clinton did not. This was overwhelmingly the main issue that shrunk the 2012 Democratic vote.

The Lamb victory should give heart to the surging young generation who are struggling so passionately for a better and fairer future. Despite Trump’s pandering on the issue of trade and environmental regulations, miners and steelworkers campaigned for the long-term interests of their class, backing Lamb’s support for Obamacare and rejecting the so-called tax reform which was designed to torpedo Social Security and Medicare. These Pennsylvania workers have issued a clarion call to the rest of organized labor: we can break this rightwing regime when all progressives stand our ground.

[Kevin P. Lynch organized thousands of workers into several unions and served as the principal officer of Machinist Union Local Lodge 340 in Newark, NJ. Since his retirement in 2011, he has been a leader of the Left Labor Project and co-chair of NYC May Day Rallies sponsored by a coalition of unions and immigrant rights organizations.]