Lou-Andres Salomé vs. The Patriarchy 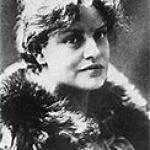 This biopic is not subtle. From its opening scene featuring a pyre of books and a frenzied crowd cheering as a manic speaker justifies the burning of Marx, Trotsky, Freud and “everything that is not German” followed by a romp through Lou Andreas-Salomé’s prodigiously intellectual life and her last days as a target of the Nazis, the film is as much about the pain of choosing a vaporous freedom as it is the flailing pursuit of fulfillment by a self-assertive, iconic woman.

Born in 1861 in St. Petersburg, Russia, Louisa von Salomé, as she was known then, was as a small child adored by her father but singularly ignored by her mother, a member of the nobility who preferred the five sons that preceded Louise. As a teenager mourning the early death of her father, Louisa — soon to be called Lou — stays in bed reading Spinoza in preference to being confirmed. Soon enough, studying late into the night at the University of Zurich, the only European university admitting women at the time, she turns down a marriage proposal by telling her suitor it would be better for him to treat her like a man. The bulk of the film follows the playing out of that choice.

Except for the Nazi hysteria featured at the film’s start, some stray supportive comments by her about a women’s movement, and the very real threat of the fascist state confiscating all of her drafts and voluminous diaries for the high crime of being a student of psychology and a practitioner of Sigmund Freud’s psychoanalysis — papers which she of necessity destroys — there are no overt politics in the film. At one point she even tells Friedrich Nietzsche, one of her many failed lover-aspirants,“you want to change the whole world; I only wish to change my own fate.”

What the film succeeds in doing — and where its real politics lie — is in portraying a brilliant, freely associating woman who blazes her own path through a largely oppressive and sexist culture almost a century before the rise of the modern feminist movement. Subsidized at first by her estranged and disapproving mother who insists she come to her senses and have a family, Lou rolls up her sleeves and ensures her financial independence from both men and her mother by writing more than a dozen books. If she doesn’t entirely succeed at being free — and what does freedom mean as an absolute in any repressive culture? — she doesn’t lack for the audacity to be free, as the film’s title states. Rather than love affairs, she preferred kameradshaften or fellowship with men and women.

One scene is classic: Trying to open Lou up to sensuality and mediate her ferocious claims to rationality, as though that were a fair summation of her problem, Nietzsche introduces her to opium.  She likes it, but tells him “I don’t need a man for that.” Later, in a brawl with an increasingly abusive Nietzsche, she writes him off, quoting her totem Aristotle that “character manifests itself in behavior.”

German filmmaker Cordula Kablitz-Post is the film’s director and co-writer, noting how “the promise [Lou] made to herself, at age 17 after her adored tutor proposed to her, to never fall in love was a defense mechanism against losing herself in a man.” A lifetime later, nearly invalided and under the shadow of fascism, working with a young scholar who would go on to be her literary executor, she said of the poet Rainer Maria Rilke, her longtime and much-younger lover, that he was “the only man who seemed to have so much femininity. We complemented each other perfectly. Everyone should find the opposite sex within them.”

To say she had relationships with men is to strain — or at least enlarge — the concept. Refusing for decades to engage in sex for fear of pregnancy and housebound slavery, she tells one aspiring lover in eschewing marriage and family that she has no wish “to be a broodmare” or be subordinated to him by law.

In her late 30s, finally backtracking on her insistence to never physically take on lovers, she said she now agreed with Nietzsche, “that the Dionysian principle is much more intense than the Apollonian.”

After Rilke becomes too clingy, she breaks off with him, saying “you can’t breathe without me, and I can’t breathe with you.” Chided by her biographer says she is self-absorbed and has “paid for it in loneliness,” her response is a flat “everyone is lonely.” When her biographer asks if her living unmarried so early in the century with a man wasn’t itself a big step toward liberation for a woman, she nearly spits out an “Ach, what has changed for us women since then?”

This film has played to much acclaim in Germany and is now poised to make its American debut. One final note: Much of what makes the film work is the score. Credit for the soundtrack goes to Judit Varga, a Hungarian composer and pianist living in Budapest and Vienna. As Koblitz-Post explains, “I wanted to work with a female composer to give Lou’s inner voice also an emotional expression by music.” She pulls it off.

The film is currently playing in New York City at Manhattan's Village East Cinema and debuts in Los Angeles at Laemmle's Royal on April 27.

[Reviewer Michael Hirsch is a longtime labor and political writer, a member of the National Writers Union and a Portside moderator. He lives in New York City and is on the editorial boards of New Politics and Democratic Left.]

The Indypendent is a reader-supported monthly. To subscribe or make a contribution, go to http://indypendent.org/donate/