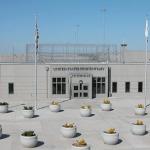 The Federal Bureau of Prisons (BOP) is quietly rolling out a pair of new policies that could restrict access to books and communications for the system’s nearly 200,000 prisoners.

The first of the new policies bans all books from being sent into federal facilities from outside sources including Amazon and Barnes & Noble. These retailers are usually the only means by which prisoners can receive books because most facilities reject reading material sent from individuals or small bookstores due to regulations aimed at eliminating contraband.

Now, prisoners instead will have to submit a request to purchase books — a limit of five per order — through an ordering system in which they must pay exorbitant prices and don’t have the option to buy cheaper used paperbacks. In addition, prisoners must pay a 30 percent tax plus shipping cost, according to prisoners and memos distributed in at least three BOP facilities. Under the new protocol, a book purchased from Amazon for as little as $11.76, with shipping included, could cost more than $26.

The new books policy has yet to be implemented BOP-wide but it has been in effect in the United States Penitentiary in Atwater, California, since October 11, 2017, according to Atwater officials. And it has been in place at the Victorville Federal Correctional Institution (FCI) since February 24, 2018, according to a BOP memo obtained by the CAN-DO Foundation, a nonprofit that advocates for clemency for all nonviolent drug offenders. In the memo, warden David Shinn wrote that the change was a result of “attempts to introduce narcotics … unauthorized positive urinalysis; inmate on inmate assaults; and inmate on staff assaults.” Three prisoners incarcerated at FCI Victorville told In Justice Today that the new policy has resulted in a massive price increase for books as well as months of wait time between orders.

“One friend of mine bought two $4.99 books and the price ended up being $42 total,” said one prisoner, who requested not to be named out of fear of retribution from prison officials. “Plus, the books take months to arrive.”

The warden of the Coleman Correctional Complex in Florida sent a similar memo to prisoner in March advising that the policy will go into effect in May.

“Effective Monday, May 14, 2018, books from a publisher, book club, bookstore, or friends and family will no longer be accepted through the mail,” reads the memo from warden R.C. Cheatham which was first obtained by the Families Against Mandatory Minimums organization (FAMM). “Books will be rejected by mailroom staff and returned to sender.”

The BOP’s new policy is likely to be harmful because books are a critical part of the rehabilitation process, allowing prisoners to learn and develop new skills. A 2013 RAND study found that prisoners who received education in prison had 43 percent lower odds of recidivating than those who did not. “Your books are everything,” Amy Povah, a formerly incarcerated person and CAN-DO founder, told In Justice Today. “It’s what keeps you going.”

Clarence Remble, a prisoner who is serving a 36-year sentence at Victorville, told In Justice Today that steep prices and lengthy wait times have meant that he and other prisoners have stopped ordering books altogether.

“The fox is not worth the chase so I and others no longer order books cause they cost too much,” he said.

When asked about the book policy at Coleman during a BOP house oversight hearing on April 17, BOP Director Mark Inch claimed he hadn’t seen the memo and then stumbled through an unintelligible explanation of it.

Inch argued that prisoners can access books through recreational and legal libraries. But CAN-DO’s Povah says that library selections are mostly limited to Harlequin romance novels and fiction by the likes of Stephen King and John Grisham.

BOP told FAMM it is planning to write a “new memo” due to the criticism it received after news of the Coleman memo broke in the Miami New Times in early April, according to FAMM’s president, Kevin Ring. But prisoners in both Coleman and Victorville say they haven’t heard anything about a change in — or reversal of — the memo.

BOP did not return requests for comment from In Justice Today.

In the second new directive, BOP is placing new limits on prisoner communications that will greatly affect who they can talk to on the outside. Under this policy, no two prisoners are allowed to have the same person on their contact list in prison email system, known as CorrLinks, according to memos circulated circulated in Coleman, Victorville, and California’s Dublin Federal Correctional Institution.

“An inmate’s contact list may not possess another inmate’s immediate family member, friend, or contact located on the inmate’s approved list,” reads the March 22 Dublin memo, adding it will make exceptions for “attorneys, clerks of the court, and other contacts approved on a case-by-case basis.”

The new CorrLinks policy is already in effect at Victorville and USP Atwater, and Povah said she has received five notices stating that she had been removed from prisoners’ contact lists. The policy is slated to go into effect in Dublin on April 23 and Coleman on May 14.

Advocates say that the rule will cut off prisoners from communicating with advocates, pen pals, family members, friends, and journalists who are in touch with multiple prisoners in one facility.

“This will prevent us from assisting prisoners or learning about the very abuses we are discussing now,” Povah said. “It’s as if they want to cut prisoners off from the outside world altogether.”