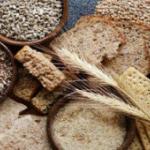 Oats, formally named Avena sativa, is a type of cereal grain from the Poaceae grass family of plants. The grain refers specifically to the edible seeds of oat grass, which is what ends up in our breakfast bowls. Whether loved or hated for their mushy yet hearty texture when cooked, oats are most prized for their nutritional value and health benefits. The Food and Drug Administration allows the use of a health claim on food labels associating a reduced risk of coronary heart disease with the consumption of beta-glucan soluble fiber from whole grain oats. [1] Oatmeal is also a desired asset to those trying to lose weight and control hunger levels due to its high water and soluble fiber content.

Oats are available in a variety of forms, based on how they are processed. The following list shows the types of oats in order of least to most processing. Although the nutritional content between steel-cut and instant oats is relatively similar, their effects on blood sugar are not. The least processed oats, like groats or steel-cut, generally take longer to digest so they have a lower glycemic index than rolled or instant oats.

Oat Groats: The whole oat kernels that have been cleaned, with only the loose, inedible hulls removed. Groats contain the intact germ, endosperm, and bran.

Oat bran, which contains the most fiber in a groat, is also removed and eaten as a cereal or added to recipes to boost fiber content.

Steel-Cut or Irish: Oat groats that have been cut into two or three smaller pieces either using a steel blade. The larger the size of the pieces, the longer they will take to cook.

Scottish Oats: Oat groats that have been stone-ground into a meal, creating a porridge-like texture when cooked.

Rolled or Old-Fashioned: Oat groats that have been steamed, rolled and flattened into flakes, and then dried to remove moisture so they are shelf-stable.

Quick or Instant: Oat groats that are steamed for a longer period and rolled into thinner pieces so that they can absorb water easily and cook very quickly. Be aware that many brands of instant oats come sweetened or flavored, so be sure to check the ingredients for no added sugar.

Oats contain several components that have been proposed to exert health benefits. The primary type of soluble fiber in oats is beta-glucan, which has been researched to help slow digestion, increase satiety, and suppress appetite. Beta-glucan can bind with cholesterol-rich bile acids in the intestine and transport them through the digestive tract and eventually out of the body. Whole oats also contain plant chemicals called phenolic compounds and phytoestrogens that act as antioxidants to reduce the damaging effects of chronic inflammation that is associated with various diseases like cardiovascular disease and diabetes. [2]

Because available research specific to oats is limited, most of the studies below assessed whole grain intake, which included several types of whole grains in addition to oats. Therefore, the findings cannot be applied to oats alone.

Heart Disease: Oats are associated with heart health benefits, but research shows differing degrees of benefit. Part of the variation may be caused by meta-analyses or reviews that compared different types of studies, or compared different oat forms (oat groats vs. instant). Some studies analyzed not just oats intake but a more general whole-grain intake. Other studies did not specify the exact type of oats used.

A systematic review of nine randomized controlled trials did not find adequate evidence to show that whole grain diets including oats reduced the risk of cardiovascular disease or lower blood cholesterol or blood pressure. However, the study authors acknowledged the small sample sizes and relatively short durations of the interventions (four months or less). These studies included a range of whole grain foods in addition to oats such as brown rice, whole wheat, barley, and rye. [3]

In contrast, a meta-analysis of 18 studies that included mainly cohort studies found that the highest whole-grain intakes (including various types of whole grains in addition to oats) compared with the lowest intakes were significantly associated with a 21% reduced risk of heart disease. [4]

A prospective cohort of 54,871 Danish adults ages 50–64 found that men and women with the highest quartile of total whole grain intake had a 25% and 27% lower risk of heart attack than individuals with intakes in the lowest quartile. Rye and oats, but not wheat, were associated with lower heart disease risk, especially in men. [5]

Diabetes: Beta-glucan fiber may help to prevent sharp rises in blood sugar and insulin levels after eating a meal, and may benefit gut health as the fiber is broken down and fermented by intestinal bacteria. [7-9] Though a carbohydrate-rich food, minimally processed whole grain oats can be incorporated into a diabetic diet. The glycemic load of less processed oats like steel-cut is low to medium, while highly processed instant oats have a high glycemic load.

A meta-analysis of 14 controlled trials and two observational studies following people with type 2 diabetes found that, compared with the control groups, oats intake (specified as “oats or oatmeal or oats-containing products”) significantly reduced levels of fasting blood glucose and hemoglobin A1c (a test that measures average blood glucose over the previous 2-3 months) particularly in those with a high baseline A1c. It also significantly reduced blood sugar and insulin rises after eating a meal. [7]

A randomized controlled trial looked at the effects of a 30-day dietary intervention given to 298 adults with type 2 diabetes, with follow-up at one year. Two of the four intervention groups received either 50 grams or 100 grams daily of “whole grain oats” along with a healthful diet. The oats were equivalent in nutritional value to minimally processed oat groats. The other two groups had either no dietary change or followed a generally healthful low-fat high-fiber diet. Both oat intervention groups saw a significant reduction of blood glucose after meals compared with control groups, with the higher oat intake showing a greater reduction. The study also showed modest weight loss at one year in the 100-gram oat group. [8]

Weight Control: Beta-glucan fiber attracts water and increases the viscosity (or thickness) of digested food, which increases the volume of food in the gut. This slows down digestion and the rate that nutrients are absorbed, which in turn increases satiety. Short-chain fatty acids produced from bacteria that ferment beta-glucan fibers may also increase satiety through a chain reaction of events that regulate appetite hormones. [10] Although several randomized controlled trials have shown that intake of beta-glucan oat fiber can increase satiety, other studies have not consistently shown that intake of oats produces the desired outcome of significant weight loss. [7,8,10]

Digestive Health: Fiber contributes to bowel regularity and the prevention of constipation. It has the ability to increase the weight and water content of stool, making them easier to pass. [11] Cereal fibers, as found in wheat bran and oat bran, are considered more effective than fiber from fruits and vegetables. The breakdown and fermentation of beta-glucan oat fiber has also been reported to increase the diversity of gut microbiota [8]. This may in turn improve certain digestive issues such as diarrhea, constipation, and irritable bowel syndrome. However, more research is needed to evaluate the role of various microbiota on digestive conditions.

Overnight Oats: A quick, easy no-cook solution for a nutrient-dense breakfast or snack. In a medium glass jar, add ½ cup old-fashioned or rolled oats (not instant), ½-1 cup liquid such as dairy milk, soy milk, or nut milk, and ½ cup of any chopped fruit (banana, melon, apple, grapes). Additional optional ingredients include a few tablespoons of Greek yogurt, 1-2 tablespoons of chia/flaxseeds, nuts, or any spices. Tightly screw on the lid and shake the jar vigorously until all ingredients are incorporated well. Refrigerate overnight or for at least four hours. The oats will soften and the mixture will thicken into a pudding-like texture.

Oat Flour: These are oats that have been ground to a flour-like consistency. Although it may be tempting to substitute oat flour for regular flour in baked recipes, keep in mind that oat flour lacks gluten, a crucial component that adds structure, moisture, and volume to a baked product; without it, cookies would crumble and breads would become dense and lack volume. However, oat flour can add chewiness to cookies and a boost of nutrients to breads. Substitute 25-30% of flour in a recipe with oat flour for best results.

Oat Risotto: Oats are also delicious in savory dishes. An example is replacing rice in risotto with whole oat groats or steel-cut oats. Typically, the oats are first toasted for a few minutes in hot oil with aromatics like shallots or diced onion. Then stock and/or water are added, 1 cup at a time, stirring well after each addition, until the oats are cooked (about 25 minutes).

Add ½ cup dry old-fashioned oats to batter, such as for breads and cookies.

Add 2-3 tablespoons of oat bran to any hot or cold cereal.

Other rich sources of beta-glucan include barley and mushrooms.

Pure oats are gluten-free but most commercial brands are processed in facilities that also produce gluten-containing wheat, rye, and barley. Cross-contamination can also occur if oats are grown too close to wheat crops. If there is cross-contamination of gluten in an oat product, it is difficult to know exactly how much. The Food and Drug Administration allows the voluntary use of the regulated term “gluten-free” to refer to products that contain less than 20 parts per million (ppm) of gluten. Because the term is voluntary, some brands of oats may actually be gluten-free although not labeled as such. However, those who have celiac disease or a gluten sensitivity may wish to choose oats specifically labeled “gluten-free.”

Oats are sometimes used to soothe inflammatory skin conditions such as eczema, and are a popular ingredient in facial masks.

The contents of this website are for educational purposes and are not intended to offer personal medical advice. You should seek the advice of your physician or other qualified health provider with any questions you may have regarding a medical condition. Never disregard professional medical advice or delay in seeking it because of something you have read on this website. The Nutrition Source does not recommend or endorse any products.