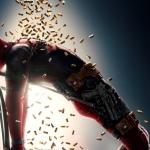 When I read over the weekend that Deadpool 2 writers Rhett Reese and Paul Wernick had never heard of the infamous comics trope Women in Refrigerators before they wrote a movie that includes it, my first reaction wasn’t surprise.

Instead, I was reminded that male fans have the privilege of encountering and experiencing sexist narratives in ways that are vastly different from how women encounter those same tropes.

When asked about Deadpool 2’s handling of Vanessa (Morena Baccarin), the love interest for Ryan Reynolds’s Deadpool, Reese and Wernick told Vulture’s Abraham Riesman that they’d never heard of “fridging” — a term for the distressingly frequent trope in which female characters experience violence, rape, or death solely in order to give the men in their lives something to be sad about. The term was famously coined by comics writer Gail Simone in 1999 when, as a fan blogger, she created the first long list of fridged women on a website, Women in Refrigerators.

Given that Vanessa’s death early in the film informs the rest of Deadpool’s arc, then is gleefully reversed in the mid-credits sequence, Deadpool 2 raised the question of whether Reese and Wernick were knowingly commenting on the Women in Refrigerators trope or simply buying into it. That they’d never even heard of the trope answers the “knowingly” part of that question, but their ignorance of the term also highlights the mentality that led to there being so many cultural examples of fridging to begin with.

In explaining why they’d written Vanessa’s death into the film, Reese and Wernick went on to essentially give a textbook definition of the trope:

“I think at some point somebody just said, ‘Y’know, Deadpool kind of works best when he’s had everything taken away from him, when he suffers,’” Reese said. “So the thought was maybe we can really, really engender great suffering for him by having his line of work be the thing that costs Vanessa [Deadpool’s girlfriend] her life.”

Later in the interview, Wernick echoed this idea: “If you’re doing a movie where you are trying to get Deadpool at his lowest, to take away everything from Deadpool at the very beginning,” he said, “the only thing to really take away from him is Vanessa.”

But the point in this case isn’t that Reese and Wernick, writers of a film awash in references to comics culture, somehow managed to be ignorant of that culture’s most toxic trope. It’s what their ignorance reveals about the drastically different way men and women are able experience the same cultural narratives.

For women and genderqueer fans, encountering this trope for the first time can clarify a world of sexist storytelling

When I first encountered Simone’s list in the mid-aughts, it was one of my first real eye-opening encounters with comics culture. What stood out to me wasn’t just the trope-naming moment — the 1994 Green Lantern issue “Forced Entry,” when Kyle Rayner’s girlfriend Alex DeWitt was horrifically murdered and stuffed into a refrigerator for him to find. What really blew my mind was just how long the list of examples was; the sheer number of times that female characters had been violently murdered as fodder for male pain.

As a person who was at that point largely outside of both comics culture and mainstream geek culture (my brand of nerdery trended toward Regency romances and arthouse films), the list for me threw into sharp relief the difference between our popular culture’s treatment of men and women — not just in comics narratives, but in all narratives.

As I read Simone’s list, I thought about other stories I had grown up loving: the film The Fugitive, for example, or the grisly fate of many a Bond girl, or Gwyneth Paltrow in Seven. Even though I had never read a superhero comic at that point, the trope applied to my experience of genre and familiar tropes in a way that immediately clarified for me many elements of misogynistic storytelling.

Because women are so often asked to relate to the perspective of male heroes, realizing that those same narratives often push female characters to the side can be a startling, permanently eye-opening experience that shapes how women view popular narratives. After all, it took Simone and her community of women comics fans to begin pointing out the horrible elements of this trope to begin with — all because male writers and readers didn’t have to internalize what it meant to their identities.

Reese and Wernick, however, clearly had a vastly different experience with this trope as they made their respective journeys through geek culture.

As the voices of women in geek culture have grown louder over the past decade, the cultural awareness of fridging as a concept and a widely acknowledged trope has also grown. The popular comic book site CBR added “women in refrigerators” to its trope entries in 2007. Culture critic Anita Sarkeesian explained the trope in 2011, as one of the earliest videos in her Tropes vs. Women series.

When The Amazing Spider-Man 2 was released in 2014, multiple media outlets discussed the phenomenon of fridging in connection with one of its most famous comic book examples, recreated onscreen: the death of Peter Parker’s girlfriend Gwen Stacy. In 2015, a highly controversial Batgirlcover revived an incendiary conversation about one of the most notorious moments in all of comics, the fridging of Barbara Gordon in the famous Batman graphic novel The Killing Joke. This discussion was followed the next year with an animated film adaptation of The Killing Joke, which further revived the subject of Barbara’s fridging well into 2018.

As men who are self-professed “superhero fans and big comic book fans,” Reese and Wernick had ample opportunity to encounter this trope in recent years. After all, they not only know who Gail Simone is — she wrote a famous run of the Deadpool comic — but reference her by name in the first Deadpool film. But even if they managed to miss discussions of Simone’s original list and the trope itself in the abstract, these recent controversies around specific fridged characters were widely discussed within comics fandom and geek culture at large.

Still, Reese and Wernick were able to write for a major comic book film franchise — a franchise hailed for its genre-savviness, no less — while being so unaware of a huge, problematic trope in comics culture that they unconsciously repeated it. That they were able to achieve so much despite this knowledge gap is a mark of the egregious double standard applied to women in comics (and geek culture generally); a woman in their position would most likely be exhaustively scrutinized by comic fans who wanted to make sure she had an encyclopedic knowledge of comics culture and enough geek cred to be worthy of the honor. Not even Simone herself is immune to this gatekeeping tendency against women in comics:

But even more than revealing the sexism inherent in the way we treat the men and women of geekdom, Reese and Wernick’s admission shows us how differently men and women can receive these kinds of narratives. As men who claim to be steeped in geek culture, with careers built on intimate knowledge of genre storytelling, they still developed a large knowledge gap about a toxic, misogynistic storytelling trope — because as men, this trope didn’t impact them.

As white men accustomed to seeing themselves reflected in the hero of every story, they were able to experience a culture rife with narratives in which women experience violence to further a male hero’s journey, without ever having to think about how that kind of narrative silenced women or how it might perpetuate toxic attitudes toward women in real life.

For women and non-cisgendered men in fandom, however, these tropes are harder to overlook. We relate to the threat of gendered violence that plays out against the women in these stories; through them, we are too often taught that our social role is that of the disposable lover with no agency over her own story. By encountering this kind of deeply misogynistic violence over and over again — be it through lowbrow or highbrow exploitation— women are frequently silenced, worn down, and exhausted.

To their credit, Reese and Wernick stumbled into a fridging — and a last-minute reversal thereof — that’s provoked a lot of discussion around the trope, despite being unaware of the sexist heritage they were invoking. But the fact that men like them are able to write and explore genre tropes, while being completely unaware of a major recurring trope that negatively impacts female characters, is a testament to how important it is to have a diverse set of voices creating and critiquing our dominant pop culture narratives.

The more we encourage marginalized voices to call out the stories that erase or silence them, the more we create a culture where even creative titans can hopefully be held accountable for the problematic patterns in their work — and give way to new creators who are ready and eager to tell different kinds of stories.

Aja Romano is a culture staff writer for Vox reporting on internet culture. Follow her on Twitter @ajaromano.