A History Lesson on Saving Labor: Look to How Unions Rebounded in the 1920s for Insight on How They Can Make Progress Today 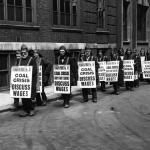 Many obituaries have been written for labor. The anti-union Janus vs. AFSCME Supreme Court decision is already being followed by a dark money campaign to convince workers to quit their unions. In the private sector, employers evade the reach of workplace-based union contracts by off-shoring, sub-contracting and freelancing jobs.

Despite occasional bright spots like Missouri voters’ rejection of right-to-work, this is labor’s lowest point in a century.

The parallels between today and the 1920s are striking. Like then, unions faced existential threats and structural challenges with no obvious solutions. Yet that nadir was quickly followed by the wave of sit-down strikes, the passage of laws protecting workers’ rights to organize and an unprecedented half-century of shared prosperity.

This begs the question: what were union activists and allies doing in the 1920’s that set them up for such a dramatic reversal of fortune? And is there similar under-the-radar work we should be doing today?

Perhaps the least-appreciated most-impactful effort came from the labor colleges that served as strategic retreats for union activists. At Brookwood Labor College, in upstate New York, activists got away from the daily grind of their defensive crouch organizing. College leaders, prodded by legendary organizer A.J. Muste, pursued a line of critical inquiry with little patience for easy answers or sacred cows.

They grappled with how to reconcile traditional craft union strategies with mass production and how to revive a movement that’s rooted in our occasional refusal to work at a time that few workers were willing or able to strike. Without them, it’s hard to imagine the sit-down strikes and huge organizing campaigns of the 1930’s would have sprung up in such a briefly revolutionary time period.

That culture of debate and disagreement is badly needed today. Unions prioritize unity but without a real plan to win it can lead to a strategic cul-de-sac, much like the one unions found themselves in a century ago.

In the 1920s, an organized left advocated for “one big union”-style multiracial organizing and contested for leadership within the traditional unions. Where there was no union, they embraced alternative forms of organizing.

These activists had an analysis of what core industries of the economy were essential to be organized. Socialists took jobs in steel and auto factories when no unions were serious about organizing nor was there a clear model for how to do it. Their presence as workplace leaders made them indispensable activists in the 1930s strike wave.

For the past four decades’ corporate assault on labor there haven’t been a lot of socialists around. Thankfully, thousands of new activists are rallying to the red flag.

Witness Democratic Socialists of America, lately seen toppling machine Democrats and ruining the meals of Trumpist baby-snatchers. These activists may be essential to labor’s next upsurge. They must be similarly thoughtful as their ideological forebearers were about where to be organizing.

I don’t know what a successful union campaign would look like in the tech sector. It definitely won’t look quite like the sit-down strikes of 1934 or following the National Labor Relations Board’s rigged election rules, but it will require activists intentionally taking those jobs together and becoming trusted and respected colleagues.

Finally, the 1920s — like today — saw an emerging coterie of intellectuals and reformers advocate for getting out of the boom and bust cycle of periodic economic depressions by empowering unions to do the real Robin Hood work of income redistribution.

They didn’t talk of “making it easier for unions to organize.” Their labor law was a blunter instrument, formally encouraging collective bargaining as the country’s policy by forcing employers to recognize unions and punishing retaliation for or interference with workers rights to organize.

If the only thing that can arrest our country’s slide into barbarism and economic disorder is a robust labor movement we need legal regime that thunders, “there will be unions!” and puts union pay standards, benefits and rights in every workplace.

The biggest lesson of the 1920’s to heed is that while organizing for long-term change, we must also be formulating big demands to democratize the workplace. We’ll have a very brief and unexpected window. Let’s be ready.