Desmond Tutu Blasts US Drones: American or Not, All Victims Are Human 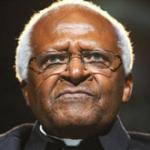 In a letter to the New York Times published Wednesday, South African Nobel Peace Prize laureate Archbishop Desmond Tutu challenged the hypocrisy of the US and its citizens for accepting a killer drone program when it pertains to foreign suspects while demanding judicial review when those targets are American citizens.

Do the United States and its people really want to tell those of us who live in the rest of the world that our lives are not of the same value as yours? That President Obama can sign off on a decision to kill us with less worry about judicial scrutiny than if the target is an American? Would your Supreme Court really want to tell humankind that we, like the slave Dred Scott in the 19th century, are not as human as you are? I cannot believe it.

I used to say of apartheid that it dehumanized its perpetrators as much as, if not more than, its victims. Your response as a society to Osama bin Laden and his followers threatens to undermine your moral standards and your humanity.

Tutu was responding specifically to an earlier New York Times piece which discussed the idea of a "special court" or tribunal to review drone strikes against US citizens. Though not entirely new, the plan has gained momentum since last week's confirmation hearing of CIA director nominee John Brennan during which lawmakers, including Senators Diane Feinstein (D-Calif.) and Angus King (I-Maine), discussed the option.

During the hearing, Senator King reportedly said he thought the court "would pass constitutional muster only if it were limited to cases involving American citizens."