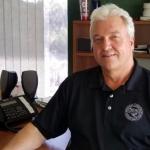 The goal is shifting from behind-the-scenes negotiations to having an official seat at the table during debates that affect the region’s economic prospects, a crucial concern to the workers that local unions represent.

“Those are all strategic for us because they are all economic drivers that affect workers in this community,” said Keith Maddox, leader of the San Diego-Imperial Counties Labor Council and the 134 unions it brings together. “What drives the conversation at the dinner table for our members is wages and housing.”

The new approach comes as leadership changes, including the arrival of Maddox last year, have stabilized and boosted local labor after scandals and dissension in 2017 limited cooperation among unions.

Labor leaders popping up on so many influential boards and commissions hearkens back to the early years of this century when the influence of local labor was at its peak, said Mike Zucchet, leader of the city’s largest labor union and a new member of the Port District board.

“Nobody would ever doubt the leaders back then were passionate about their labor views, but their management style was building coalitions and looking for places to work with the Chamber of Commerce,” Zucchet said.

The difference this time around is that labor’s influence has gone beyond a seat on the chamber’s board of directors.

“I feel like that is what labor has been missing the most over the last 10 or 15 years,” Zucchet added. “Part of the resurgence has been leadership and approach, and the approach has been more like the old days — uncompromising on the issues but looking for places to work with people rather than always looking to flick somebody else in the ear.”

While labor unions typically clash on many issues with advocates for the business community like the Chamber of Commerce, even leaders of the chamber say labor’s new direction is a welcome change.

“I don't think it's a competition or us versus them — I think it's important to have all the voices at the table," said Jaymie Bradford, the chamber’s chief operating officer. “It's better for San Diego moving forward if there's a good representation of our community, which includes labor and business and education and health care and others.”

Bradford said the business community benefits from direct collaboration with labor early in the discussion stages of a project or policy, because that lets them know what is possible and what isn’t.

"It's important to be talking and to have some certainty where we want to end up and where our starting points are," she said.

Maddox said letting the region’s leaders know where labor stands before big decisions get made was a key motive for securing seats on local boards and commissions.

Having a seat on the dais, instead of exerting influence behind the scenes, allows labor leaders to help the shape the conversation or at least force other leaders to consider how their decisions affect the region’s working families.

Each of the four boards that labor targeted control scarce resources owned by the public.

The Port District controls prime land surrounding San Diego Bay that is a catalyst for local tourism and the many thousands of jobs it supports.

The Convention Center board, which now includes Carol Kim of the Building and Construction Trades Council, controls one of the region’s most crucial economic drivers.

And the Airport Authority board, which now includes labor-backed appointee Johanna Schiavoni, controls an economic engine that affects thousands of jobs with the airlines, rental car companies, shuttle services and related businesses.

Maddox said securing seats on those boards was planned, but that it was dictated somewhat by where vacancies emerged.

“We try to think of the best ways that we can build a stronger middle class,” he said. “How do we do things that benefit not only our members, but the community as a whole?”

He said the port was an easy choice because it controls goods that come into San Diego and key land that drives the tourism economy.

And he said Zucchet, despite his reputation as somewhat of a maverick, was the ideal choice.

“He is smart, strategic and has both political and union experience," Maddox said of Zucchet, a former city councilman who now leads the 4,000-worker Municipal Employees Association. “He understands how to get things done.”

Maddox also said Kim is a great fit for the convention center.

"She's been a community activist for years but she now works in the labor movement, so she understands housing needs and construction needs," he said. "That was a natural fit."

The Housing Commission may seem like a less obvious choice, but Maddox said it was a crucial move for labor.

“The Housing Commission certainly needs a different voice, a different vision and change,” he said. “The workforce housing in this city has no ties to the jobs that are being created and the wage scales of those jobs. There is zero focus on how we build housing for the workforce of the future.”

“She will force that voice to the table, but she also understands what it takes to make change,” he said.

Hester said housing is an important issue to the 100,000 home care providers her union represents across the state, including 24,000 in the San Diego region.

“It's important to give a voice to working families at tables where decisions are made,” she said. “I will bring the perspective to the Housing Commission of low-wage workers struggling to find housing.”

Maddox said he chose Schiavoni, an appellate attorney who’s been a vocal supporter of unions but is not officially a labor leader, because of her ability to sort out the complexities of state and federal regulatory issues there.

Schiavoni said she’s excited about the opportunity and feels like she’s already making a difference.

When she was appointed earlier this year to a subcommittee devoted to planning future projects at the airport, she successfully lobbied to have two union leaders added because that voice was missing.

“The airport has so many important projects on tap that need that kind of input,” she said.

Schiavoni said Maddox has never asked her to take a specific position on any issue, and that she’s excited to bring a fresh voice to a board she praises as thoughtful and professional.

National officials put the labor council in “trusteeship” in spring 2017 and appointed Maddox to right the ship.

Eighteen months later, the labor council is out of trusteeship, nearly 20 unions have rejoined and Maddox is being credited with a local labor resurgence.

That praise is coming despite the conspicuous recent failure of a broad coalition including labor groups to gather enough signatures for a November ballot measure that would have expanded the convention center.