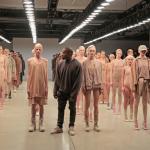 The 30-second commercial plays up the purported threat of foreign migrants entering the United States.

All the policy wins that explain evangelical Christians’ loyalty to Trump.

Youth: From Parkland to Politics

March for Our Lives, the national group begun by Parkland students, has been on a voter outreach tour to drive "the largest youth turnout in history."

A slew of recent books seeks to reduce democracy to a defense of political “norms.” But overcoming today’s crisis will take more political imagination.

The Unfinished Civil War and the Confederate President

By Rebecca Solnit
November 4, 2018
The Guardian

His supporters hark back to an 1860s fantasy of white male dominance. But the Confederacy won’t win in the long run.

My latest theory: Kanye West denounced his political leanings because his newest Yeezy sneaker was trash, didn’t sell and Adidas wasn’t having it.