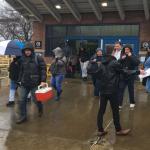 “I’ve got a relative who works at the Lordstown plant and he’s going to be out of a job,” Pernell, a veteran worker at Fiat Chrysler’s Warren Stamping plant in suburban Detroit, told reporters from the World Socialist Web Site Autoworker Newsletter on Saturday. “Workers have to understand what one automaker does, the rest are going to do too. We have to stop this, or we’ll all be out of jobs.”

Momentum is building for the meeting in Detroit Sunday, December 9 at 2 p.m. to oppose General Motors’s plans to shut down three major assembly plants in Detroit; Lordstown, Ohio; and Oshawa, Ontario, and eliminate more than 14,000 hourly and salaried jobs by next year. The giant automaker has also announced the closing of transmission plants in Baltimore, Maryland; Warren, across from the Fiat Chrysler (FCA) stamping plant; plus two other plants, yet unnamed, outside of North America. Jobs will also be cut at a GM facility in Brownstown, Michigan.

More than one thousand newsletters with information about the meeting were distributed by supporters of the Socialist Equality Party (SEP) and its youth movement, the International Youth and Students for Social Equality (IYSSE), at GM, Ford and FCA plants in the Detroit area over the weekend. Autoworkers from Lordstown, Kokomo, Indiana and other locations are planning to travel to Detroit for Sunday’s meeting.

Campaigners explained that the SEP is calling on workers to form rank-and-file factory committees, independent of the United Auto Workers (UAW), to link up autoworkers and broader sections of workers to fight the plant closings and prevent the further devastation of their communities. The right to a good-paying and secure job, they told workers, should be “non-negotiable.” Sunday’s meeting will discuss a strategy to mobilize the working class to fight the closings and oppose all concession demands. 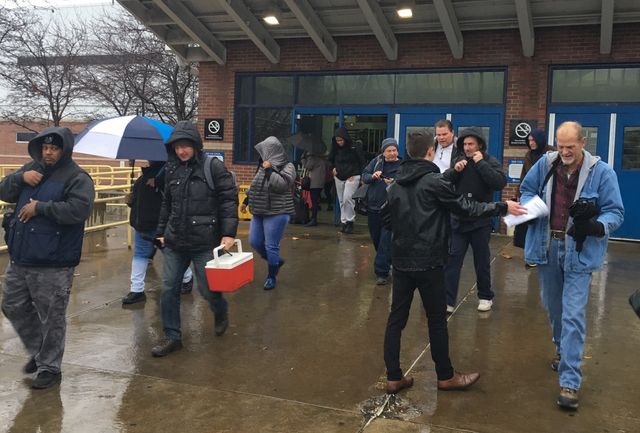 “I’m totally in favor of workers coming together, independent of the union, to fight the GM closings,” Tanya, another Warren Stamping worker, said. “These plant closings are not right. This is all about greed. The union sold us out a long time ago. [Former UAW Vice President] General Holiefield came down here a few years ago when we were opposing the ten-hour-a-day Alternative Work Schedule in order to shove it down our throats. I knew then that he was bought off, way before this corruption scandal broke.”

The shutdown of the Detroit-Hamtramck assembly plant, which already eliminated a shift in March 2017, wiping out 1,200 jobs, would have a particularly devastating effect. According to a report by Haven Life Insurance, cited by the Detroit Free Press, Detroit has the highest percentage of households led by a single parent in the United States. Many autoworkers are mothers raising their children, most on a single income, and the loss of a job would plunge the family into destitution.

Detroit topped the ranking of America’s 25 most populated cities, with nearly 72 percent of families headed by a single parent—59.2 headed by a single mother, 12.3 by a single father—more than twice the percentage for the US as a whole. Single-parent autoworkers would also have the hardest time uprooting their children and moving if GM tells them to accept a job 1,200 miles away in Arlington, Texas.

In addition to more than 6,000 hourly workers who are losing their jobs in Michigan, Ohio, Maryland and Ontario, GM is also forcing out more than 8,000 engineers, designers and other white-collar salaried workers through “voluntary retirements” or layoffs. Nearly all will be in metropolitan Detroit, largely at GM’s technical center in Warren. Ford is expected to announce similar white-collar cutbacks soon; even if Ford’s cuts are half as much, the white-collar job cuts in the Detroit metropolitan area will approach those during the financial crisis of a decade ago, when the metro area shed 14,450 managerial and engineering jobs.

In an article Saturday headlined, “Salaried workers beware: GM cuts are a warning for all,” the Washington Post wrote that the “once-reliable route to prosperity” of obtaining a college degree and skilled salaried position “appears to be vanishing.” GM’s announcement “was a humbling warning that in this era of rapid and disruptive technological change, those with a college education are not necessarily insulated from the kind of layoffs factory workers know all too well.”

Ivan Drury, senior manager of industry analysis at Edmunds, said workers should expect more job cuts and shift eliminations next year. “There’s definitely more to come, but it depends on where GM places its bets for the future.” More cuts “are possible until the full plan is laid out,” said Drury. In addition to the more than 14,00 job cuts, a conservative estimate is that another 35,000 jobs in supplier plants and service industries will be wiped out.

The plant shutdowns are also a shot across the bow of 140,000 GM, Ford and FCA workers who are determined to recoup lost income and fight for substantial improvements when their four-year labor agreements expire this summer. The industry publication Automotive News boasted last week that GM was “changing the narrative from members wanting more to potentially just wanting to save jobs and plants.”

Far from opposing the plant shutdowns, the UAW has made it clear it will aid the company in pitting Detroit and Lordstown workers against each other in a fratricidal struggle over which plant will close and which will remain open. In comments to the Detroit Free Press during a candlelight vigil in front of the Lordstown plant, UAW 1112 President David Green said: “I am confident that Lordstown will get a new product because we have the best workers and the best plant in the world. We’ve shown that, and we’ve shown flexibility to work with the corporation.” 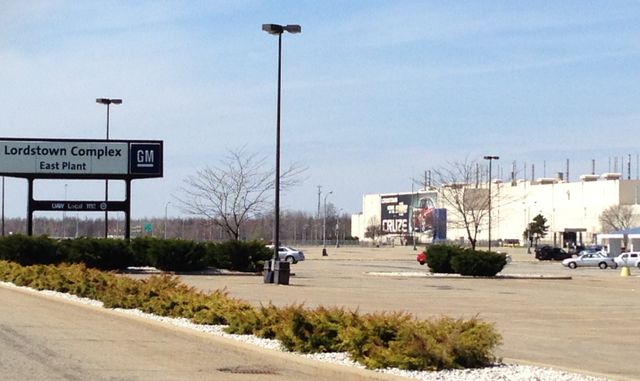 Within days of announcing the elimination of an entire shift and 1,500 jobs at the Lordstown plant last spring, GM announced that its subsidiary, known as the Lordstown GM Subsystems Manufacturing LLC, would be hiring low-paid temporary workers under an agreement the UAW signed behind the backs of rank-and-file workers. Green told the Free Press that the decision was “unpopular,” but that it kept the plant running.

Like every other concession handed over by the UAW over the last four decades in the name of “job security,” this one has had the same outcome. Workers have lost wages, health benefits, pensions and basic rights and not a single job has been saved. Instead billions in profits have been funneled into the bank accounts of corporate executives and Wall Street speculators, while a substantial portion has gone to business managers who run the UAW in the form of payments through joint labor-management training centers and other bribes.

At the same time, the UAW is joining with President Donald Trump and Democrats in Ohio and Michigan to blame the layoffs on workers in Mexico and other countries in order to drive a wedge between US workers and their class brothers and sisters around the world. In a video statement by UAW President Gary Jones, which did not bother to even mention the threatened shutdown of the Oshawa plant across the border in Canada, Jones railed against GM for producing cars in China, Mexico and Poland.

A GM worker from the Delta Township plant near Lansing, Michigan, told the WSWS: “GM is exploiting workers in the US and all over the world, including Mexico where they pay such terrible wages. All of us—US, Canada and Mexico—we should be on the same page and fight together.

“The workers at the plant think that GM made this announcement to set off a panic and try to force more older, higher paid workers to take buyouts, like the salaried workers, so they can replace them with lower-paid, second-tier and temporary workers. The company is making record profits, and they have been for the last eight years.

“Our plant is running 9 hours a day, with six-day weeks, two times a month. They just forced all the temporary workers to work Sunday and they don’t get double time because they’re only working four-day weeks. We barely have enough workers to keep up with the line speed and they have no intention of putting the third shift back. As far as management goes, they tell us this is the new norm and get used to it.

“What’s the use of the UAW, it allows GM to do whatever it wants. It’s like you don’t have a union and you’re just confronting the company by yourself. They’re always talking about ‘jointness’ with the company. But what the UAW is really saying is ‘take it or leave it’ and ‘be thankful you have a job.’

“The UAW doesn’t defend our interests. They control billions of dollars in GM stock and the UAW executives just gave themselves a 31 percent raise. They raised our union dues four years ago and said it was to build up the strike fund, but they didn’t call a strike. Instead of giving it back to the workers, they’re out spending it in Las Vegas and Palm Beach.”

The WSWS urges auto workers and supporters to sign up for the Autoworker Newsletter for frequent updates and to leave your comments or questions. To do so, click here.