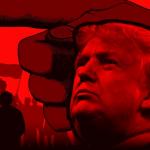 The United Nations General Assembly adopted the Universal Declaration of Human Rights on Dec. 10, 1948, which will make Monday its 70th anniversary. The date has been celebrated for decades as International Human Rights Day. This year a number of liberal, labor and/or leftist groups have put out a call for it to be marked as a Day of Action Against Fascism and Racism as well, with teach-ins and other events around the country. More details will presumably be made available on the relevant Facebook page, although as of this writing, it offers mainly a list of endorsers, including a number of academics.

I expected to read Authoritarianism: Three Inquiries in Critical Theory (University of Chicago Press) in due course -- especially given the recent election of Jair Bolsonaro as president of Brazil. A truly sinister figure, his menu of policy options includes torture, executions and civil war. He enjoys the benefit of Steve Bannon's political wisdom, which has also been made available to various xenophobic movements throughout Europe.

In trying to make sense of such developments -- the emergence of what we might call global Trumpism, paradoxical as that sounds -- the most useful essay in the volume is probably "Neoliberalism's Frankenstein: Authoritarian Freedom in Twenty-First Century 'Democracies'" by Wendy Brown, a professor of political science at the University of California, Berkeley. The papers by the other two contributors share an emphasis on the possibility (and the inadequacy) of understanding contemporary politics in terms of the analysis that Theodor Adorno and his colleagues presented in The Authoritarian Personality (1950). Since this column is meant as a small contribution to Monday's effort, dealing with them in any detail seems best postponed until another occasion.

But a quotation from The Authoritarian Personality may provide a suitable jumping-off point here. In the wake of Hitler's rise to power, Adorno et al. combined American social-scientific research tools (including quantifiable survey data) with psychoanalytic theory to study the responses of 2,000 Americans to questions about morality, power, racial and ethnic minorities, foreigners, and so forth. Interviews with respondents expressing strong hostility to people unlike themselves suggested that a layer of the public was predisposed to follow the lead of an authoritarian movement:

"[A] basically hierarchical, authoritarian, exploitive parent-child relationship," the researchers wrote, "is apt to carry over into a power-oriented, exploitively dependent attitude towards one's sex partner and one's God and may well culminate in a political philosophy and social outlook which have no room for anything but a desperate clinging to what appears to be strong, and a disdainful rejection of whatever is relegated to the bottom."

The group's methods and findings have been debated ever since. Indeed, Adorno himself was not really satisfied with the final product, as Peter E. Gordon shows in his contribution to this more recent book. It posed the risk of reducing society to psyche, ideology to pathology -- whereas "the authoritarian character," as Adorno put it later, " … is itself the product of an internalization of the irrational aspects of modern society."

Furthermore, Adorno saw the authoritarian personality not as a pathological remnant from the bad old days, to be buried by the forward march of progress, but rather as something like a prototype of what progress would render normal: a culture of atomized individuals for whom social relationships are mostly transactional (and to that degree unsatisfying or humiliating) and who are looking for a mob to join and someone to punish. Twitter would have held few surprises for him.

The movements rallying to Trump or Bolsonaro or Steve Bannon resemble each other more than they do "normal" political movements on their respective national terrains. And it is their similarity across borders (even while obsessing over the integrity of borders) that Brown helps illuminate with her essay. She reads the new authoritarianism as a logical and perhaps inevitable outcome of the past four decades of neoliberalism, which "replaces the model of society based on the justice-producing social contract [characteristic of 'old' liberalism] with a conception of society organized as markets and of states oriented by market requirements."

From Milton Friedman she quotes the axiom that launched 1,000 austerity plans: "There are no values, no 'social' responsibilities in any sense other than the shared values and responsibilities of individuals." One hears every so often of libertarians buying an island with the intent of launching a utopian nonsociety on such a basis -- though never of one actually being established, come to think of it. Instead neoliberalism has propagated itself at the level of already-existing nation-states where, in Brown's words, "deregulation and privatization become broad moral-philosophical principles extending well beyond the economy."

The nation itself "ceases to be figured as a democracy," but rather as either "a competitive business needing to make good deals and attract investors" or "an inadequately secured home besieged by ill-willed or non-belonging outsiders." Once there are no values or responsibilities except those posited in agreement by individuals, what qualifies as information or truth is equally liberated from outside demands. And the rule of law is what you can get away with.

Author Wendy Brown is Class of 1936 First Professor of Political Science at the University of California, Berkeley.  Her most recent books are Walled States, Waning Sovereignty and Undoing the Demos: Neoliberalism’s Stealth Revolution. Co-author Peter E. Gordon is the Amabel B. James Professor of History at Harvard University, whose most recent books are Continental Divide: Heidegger, Cassirer, Davos, and Adorno and Existence, while co-author Max Pinsky is Professor of Philosophy at Binghamton University. He is the author of Melancholy Dialectics and The Ends of Solidarity.

[Essayist Scott McLemee is the Intellectual Affairs columnist for Inside Higher Ed. In 2008, he began a three-year term on the board of directors of the National Book Critics Circle. His reviews, essays, and interviews have appeared in The New York Times, The Washington Post, The Boston Globe, The Nation, Newsday, Bookforum, The Common Review, and numerous other publications. In 2004, he received the Nona Balakian Citation for Excellence in Reviewing from the National Book Critics Circle. He has given papers or been an invited speaker at meetings of the American Political Science Association, the Cultural Studies Association, the Modern Language Association, and the Organization of American Historians. Other recent essays of McLemee's appear HERE.]