If Democrats Fracture, This Will Be the Fault Line 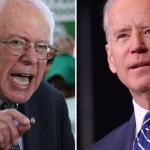 Back in the closing years of the 20th century, the British Labour Party leader Tony Blair thoroughly redefined his party’s essence. Labour, Blair believed, had to shake off the past and become a political force “on the side” of the upwardly mobile, not just workers and their unions.

Blair’s chief strategist, Peter Mandelson, would capture the new Blairite sensibility with a quip that would go viral in the UK, even before the days of social media.

“We are intensely relaxed about people getting filthy rich,” Mandelson opined, “as long as they pay their taxes.”

And those taxes would stay modest in the years after Blair’s electoral triumph in 1997. Prime minister Blair would pay precious little attention to the increasing concentration of British income, wealth, and power in the hands of a filthy rich few.

How did that benign neglect work out for average people in the UK? Not so well. Families in Britain’s industrial belt, reeling ever since the 1980s free-market fundamentalism of the Conservative Party leader Margaret Thatcher, continued on a dispiriting economic slide.

Corporate and banking honchos, meanwhile, stuffed their pockets and eventually crashed the British economy. For an encore, they helped shove Great Recession Britain into years of austerity that placed the full burden of economic recovery onto the backs of low- and middle-income households.

This toxic economic stew would bubble over into a widespread political frustration that right-wing fringe elements would shamelessly exploit. The resulting wave of racism and xenophobia and a “national mood sour and cynical,” concludes one UK commentator, have become Tony Blair’s “legacy.”

The good news? An intense relaxation about the filthy rich no longer dominates the British Labour Party. In 2015, the backbench lawmaker Jeremy Corbyn came from seemingly nowhere to win the party’s top leadership post. Corbyn and his fellow progressives have since led Labour to new policy stances that repudiate the Blairite indifference toward grand concentrations of private wealth.

Why should Americans care about this history from across the Atlantic? One simple reason: Our past quarter-century of history eerily mirrors the course of events in the UK.

Former Clinton Council of Economic Advisors chief Laura D’Andrea Tyson may have come the closest. In remarks at a 1998 Federal Reserve conference, Tyson asked us to imagine our income distribution as an apartment building with a rat-infested basement and a penthouse ever more luxurious. What to do? Pillage the penthouse? By all means no, contended Tyson. We need to focus instead on doing “something about that rat-infested basement.”

Worrying about the wealth of the wealthy, in other words, simply distracts us from more pressing matters.

This attitude has dominated the Democratic Party leadership mainstream ever since President John F. Kennedy started pushing tax cuts on America’s highest incomes as a secret sauce for economic progress. More dollars in rich people’s pockets, the argument went, would enhance the nation’s economic growth, in the process creating a “rising tide” that would “lift all boats.”

“The thing to do is concentrate on the 90 percent of people who don’t have what they need and make sure they have it, and not worry about the people who make $500,000 a year,” as former Vermont governor Howard Dean noted in his insurgent 2004 White House bid. “Of course, it’s obscene, but so what?”

How has this relaxation about the filthy rich, a constant through both the Clinton and the Obama years, worked out for average families in the United States? We have essentially suffered the same fate as the British. Hard-hit industrial centers have continued to rust. Real wages have stagnated, and widespread economic insecurity has exploded into a frustration and cynicism that purveyors of xenophobia and racism have shamelessly exploited.

But here in the United States, as in the UK, we’ve seen a political pushback against relaxing while wealth continues to furiously concentrate. In 2016, a year after backbencher Jeremy Corbyn helped energize an end to that relaxation within the Labour Party, backbencher Bernie Sanders came out swinging against the “billionaire class” and performed far better in the Democratic Party presidential primaries than any pundit ever thought possible.

Unlike Corbyn in 2015, Senator Sanders ultimately fell short in 2016. What will now happen in 2020? Will Sanders or someone who shares his perspective on grand fortune win the Democratic nomination? Will those who worry — intensely — about wealth’s concentration gain the upper hand within the Democratic Party’s leadership?

At the grassroots level, Gallup polling suggests, that shift has already taken place. Late this past spring, Gallup researchers asked a cross-section of Americans a simple question they had originally asked in 2012: “Do you think the United States benefits from having a class of rich people, or not?

A clear majority of grassroots Democrats now believe, in effect, that we don’t need the rich. We don’t have that clarity —at least not yet — at the party leadership level. What we do have: a clear fault line within the ranks of those who seek to shape the party’s future.

“We must develop an international movement that takes on the greed and ideology of the billionaire class and leads us to a world of economic, social and environmental justice,” Senator Sanders noted earlier this year. “Will this be an easy struggle? Certainly not. But it is a fight that we cannot avoid.”

“I love Bernie, but I’m not Bernie Sanders,” former Vice President Joseph Biden retorted to a Brookings Institution audience this past May. “I don’t think 500 billionaires are the reason we’re in trouble.”

Sam Pizzigati co-edits Inequality.org. His latest book, The Case for a Maximum Wage, has just been published. Among his other books on maldistributed income and wealth: The Rich Don’t Always Win: The Forgotten Triumph over Plutocracy that Created the American Middle Class, 1900-1970. Follow him at @Too_Much_Online.