"A Racial Entitlement" - The Right to Vote 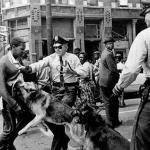 A Racial Entitlement
Email sent to members of the NAACP and Civil Rights Supporters by Benjamin Jealous, President and CEO, NAACP
February 28, 2013
It no longer surprises me when extremist state legislators try to restrict our voting rights. I don't like it and we fight against it, but I'm no longer surprised by it.
What surprises and outrages me is that yesterday a Supreme Court Justice said that the protection of the right to vote is a "perpetuation of racial entitlement."
Read what Justice Scalia had to say about the Voting Rights Act (VRA) -- and join me in speaking up for our rights as American citizens.