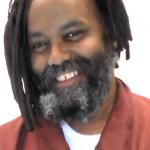 Mumia Abu-Jamal, a former Black Panther and renowned writer and activist of 64 years, who has spent 37 years behind bars for a crime he did not commit, has been allowed to reargue his case before the Pennsylvania Supreme Court. A judge in Philadelphia delivered the decision on December 27 on the grounds that the Chief Justice at the time of sentencing, Ronald Castille, refused to recuse himself from the case despite his earlier role as a district attorney during Abu-Jamal’s appeal.

Activists across the world celebrated the decision by the court that could mean that freedom for the 64 year old revolutionary is within reach.

Abu-Jamal was arrested in 1981 on charges of killing a white police officer, Daniel Faulkner. In 1982, he was convicted and sentenced to death in a trial that was filled with violations and irregularities, including witnesses changing their testimonies several times, court clerks stating that they wanted to convict him and concrete proof of evidence tampering, among others.

The sentence was condemned by activists and human rights organizations across the globe and since then, there has been a fierce campaign demanding his release. In 2011, after strong pressure and campaigns, Mumia was sentenced to life without parole and was moved off the death row.

After he was moved off death row, Mumia talked to Democracy Now in a rare live interview in 2013 about what it felt like: “Well, I could, but I’d be lying, because I call this “slow death row.” “Life” in Pennsylvania means life. Pennsylvania has one of the largest “life” populations of any State in the United States. It has the distinction of having the absolute highest number of juvenile lifers of any state in the United States—indeed, of any jurisdiction in the world. So, that should give you some sense.”

A couple years ago, activists had to fight a sustained struggle in order for Mumia to have access to proper health care when his life was at risk. After Mumia fell ill in prison, it was discovered that he was suffering from hepatitis C. The Pennsylvania prison system refused to treat Mumia or the other 7,000 prisoners suffering from hepatitis C, as the treatment cost would be around $100,000. His legal team filed a suit and won and guaranteed treatment for Mumia, a decision which not only affected him but set a precedent for other incarcerated people to have access to treatment.

Though these victories are important, the objective for activists has always been and will always be Mumia’s complete freedom, (and that of all political prisoners).

The latest verdict represents a new possibility in the struggle for Mumia’s freedom. In the appeal, Mumia’s defense team may have the opportunity to present all of the violations that have occurred throughout the legal process, information that unequivocally points to bias by the judiciary to seal his sentence. However, like all of the victories that have been achieved thus far in Mumia’s case, and in the cases of many other political prisoners, a victory in the courtroom now will only be possible if if there is accompaniment and solidarity from activists and movements across the world.