Germany to Close All 84 of its Coal-Fired Power Plants 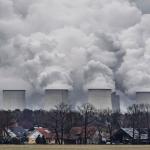 Germany, one of the world’s biggest consumers of coal, will shut down all 84 of its coal-fired power plants over the next 19 years to meet its international commitments in the fight against climate change, a government commission said Saturday.

The announcement marked a significant shift for Europe’s largest country — a nation that had long been a leader on cutting CO2 emissions before turning into a laggard in recent years and badly missing its reduction targets. Coal plants account for 40% of Germany’s electricity, itself a reduction from recent years when coal dominated power production.

“This is an historic accomplishment,” said Ronald Pofalla, chairman of the 28-member government commission, at a news conference in Berlin following a marathon 21-hour negotiating session that concluded at 6 a.m. Saturday. The breakthrough ended seven months of wrangling. “It was anything but a sure thing. But we did it,” Pofalla said. “There won’t be any more coal-burning plants in Germany by 2038.”

The plan includes some $45 billion in spending to mitigate the pain in coal regions. The commission’s recommendations are expected to be adopted by Chancellor Angela Merkel’s government.

“It’s a big moment for climate policy in Germany that could make the country a leader once again in fighting climate change,” said Claudia Kemfert, professor for energy economics at the DIW Berlin, the German Institute for Economic Research. “It’s also an important signal for the world that Germany is again getting serious about climate change: a very big industrial nation that depends so much on coal is switching it off.” 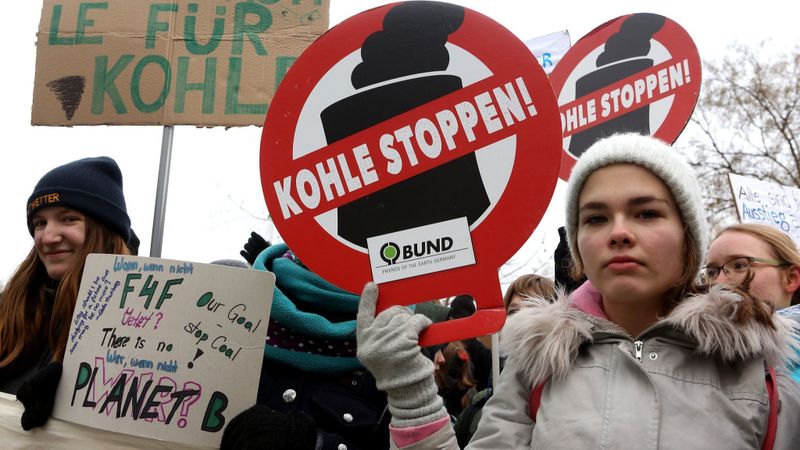 Students demonstrate outside the federal chancellery during a meeting of the country's coal commission in Berlin on Friday. (Adam Berry / EPA-EFE/REX)

The decision to quit coal follows an earlier bold energy policy move by the German government, which decided to shut down all of its nuclear power plants by 2022 in the wake of Japan’s Fukushima disaster in 2011.

At the time, that was harshly criticized as reckless by business leaders, who worried that it would raise electricity prices and make their industries less competitive against foreign rivals. They also pointed out the futility of the move because no other major industrial country followed Germany’s nuclear exit.

Twelve of the country’s 19 nuclear plants have been shuttered so far.

The plan to eliminate coal-burning plants as well as nuclear means that Germany will be counting on renewable energy to provide 65% to 80% of the country’s power by 2040. Last year, renewables overtook coal as the leading source and now account for 41% of the country’s electricity.

German CO2 emissions fell appreciably in the early 1990s, largely because of the implosion of Communist East Germany and its heavily polluting industry. Still, the country continued to rely on coal-fired plants for a significant share of its electricity.

Powerful utilities and labor unions helped keep coal-burning plants operating and previous governments even planned to expand the number of coal plants to compensate for the pending withdrawal from nuclear power. There are still about 20,000 jobs directly dependent on the coal industry and 40,000 indirectly tied to it.

Cheap and abundant, coal is the world’s leading source of energy to produce electricity and will remain so despite Germany’s exit.

The panel that made the recommendation to close coal plants included leaders in the federal and state governments along with top industry and union representatives, scientists and environmentalists.

Germany long saw itself as a global leader in fighting climate change but was forced to concede in recent years that it would by miss its target date of 2020 to reduce CO2 emissions by 40% from 1990. It is expected to be 32% below 1990 levels by next year.

Germany and nearly 200 nations around the world agreed to the landmark Paris climate accord in 2015 to work to keep global warming “well below” 2 degrees Celsius and pursue efforts to limit the rise to 1.5 degrees. The planet has already warmed by about 1 degree Celsius since pre-industrial times as a result of the human-caused build-up of greenhouse gases. Scientists say the world is already experiencing the consequences in the form of rising sea levels, more intense hurricanes and wildfires.

Despite its stumbles in recent years that led critics to accuse Germany of hypocrisy, Kemfert said Saturday’s decision will make it likely that Germany can meet the target of a 55% reduction from 1990 CO2 levels by 2030 and an 80% reduction by 2050.

“It’s good that Germany now has a clear road map for the phase-out of coal and we’re on the path to becoming carbon-free,” said Martin Kaiser, executive director of Greenpeace Germany and a member of the commission. He was also pleased that the commission recommended that utilities scrap plans to clear the last 250 acres of the Hambach Forest west of Cologne for a lignite open-pit mine.

But Kaiser and other environmentalists — some 5,000 of whom had staged a loud demonstration Friday outside the meeting at the Economy Ministry in Berlin — expressed disappointment that they had fallen short of their goal of a coal phase-out by 2030. An opinion poll by ZDF television Friday showed 73% of Germans are in favor of a speedy phase-out.

Leaders of four states that will be hard hit by the decision were also disappointed that they failed to obtain a total of $68 billion in support and compensation they were demanding. Two of the three governors in east German states are facing difficult elections later this year and there are fears the far-right Alternative for Germany party could capitalize on the looming loss of the industry that once flourished in the regions of Brandenburg and Saxony.

Included in the recommendations was that the phase-out target be reviewed every three years. Also, the final deadline could be moved forward, if possible, by three years to 2035.

The initial targets are considerable, calling for a quarter of the country’s coal-burning plants with a capacity of 12.5 gigawatts to be shut down by 2022. That means about 24 plants will be shut within the first three years. By 2030, Germany should have about eight coal-burning plants remaining, producing 17 gigawatts of electricity, the commission said.

Kirschbaum is a special correspondent.