Dispatches from the Culture Wars - Special Report From Hollywood to Brooklyn 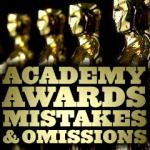 Palestinian documentary filmmaker Emad Burnat, whose Oscar-nominated film 5 Broken Cameras received funding from PBS’s POV, was detained Feb. 20 at Los Angeles International Airport after arriving in the country for Sunday’s Academy Awards ceremony. The news that Burnat had been held for one and a half hours was first tweeted by friend and fellow documentary filmmaker Michael Moore.

Burnat later confirmed that he and his family were detained and threatened with deportation and that they had been forced to provide proof that he had been nominated for an Oscar.  “This is a daily occurrence for Palestinians, every single day, throughout the West Bank,” Burnat said.  5 BROKEN CAMERAS is the first Palestinian documentary to be nominated for an Oscar.

Oscar-nominated shorts pulled from YouTube in response to Hollywood pressure

The five films nominated for the Best Animated Short Film were pulled from the web this week, just days ahead of Sunday's Academy Awards ceremony. The move was reportedly spurred by Carter Pilcher, CEO of distributor Shorts International, who urged the Oscar nominees to remove their works from the internet or suffer “significant, if not irreparable damage" to their theatrical release. Pilcher noted that "This release of the films on the Internet threatens to destroy 8 years of audience growth and the notion that these film gems are indeed movies (not videos) — no feature length film would consider a free online release as a marketing tool!"
This year's list of nominees included an unusually polarized mix of both corporate and independent films such as Disney's PAPERMAN and 20th Century Fox's THE LONGEST DAYCARE which don't need online promotions, plus smaller nominees like ADAM & DOG or HEAD OVER HEELS. Ultimately, however, all five adhered to Pilcher's request.

Last night’s Oscars ‘In Memoriam’ reel left out actress Lupe Ontiveros. The Mexican-American actress passed away on July 26, 2012.  Ontiveros worked steadily throughout her 35 year career and her credits include films like “Selena,” “Real Women Have Curves,” and “El Norte.”  The Academy posted a supplementary ‘In Memorium’ online gallery to cover its bases with those who didn’t make the telecast, but Ontiveros was left out of that, too.

Ontiveros was typecast as a Latina maid early in her career, which she figured she had played more than 150 times in television and films. “When I go in there and speak perfect English, I don’t get the part,” she told the New York Times.  But she did not regret playing so many maids because it allowed for steady work and for portraying working people with dignity. “I’m proud to represent those hands that labor in this country,” she told The Times.
[Other prominent actors of color left out of “In Memorium” included Russell Means, an Oglala Sioux activist  best known for his roles in films such as The Last of Mohicans, Natural Born Killers, and Pocahontas, and performer Donna Summer, who won the Best Original Song Academy Award for "Last Dance.” - Portside]

VFX Oscar Protesters Grow To 400 As Pros Plead Their Case

By Ross Lincoln, THE DEADLINE TEAM

By Deadline’s count, over 400 protesters gathered at the corner of Hollywood and Vine as celebrities and filmmakers walked the Academy Awards red carpet just blocks away at the Dolby Theatre. The grassroots protest was organized by ex- and current employees of bankrupt VFX house Rhythm & Hues, which did special effects on LIFE OF PI, to bring attention to the company’s recent Chapter 11 financial woes, which trickled down this month as over 250 employees were axed without pay.

Even those that remain at Rhythm & Hues have not received a paycheck in weeks. Today’s protest was also tied to a growing effort to unionize the VFX industry under the banner of the International Alliance of Theatrical Stage Employees (IATSE). But among today’s protesters the unionization issue has mixed support.  After spending an hour and a half marching at Hollywood and Vine, the procession marched to the boundaries of the LAPD’s zone of protection around the Oscars at Wilcox Ave to continue their demonstration.

[Ross Lincoln is a Deadline contributor]

Well, it was a weird, weird Oscars. As expected, the ceremony was a parade of self-congratulatory dribble about how the Academy is really concerned about encouraging diversity while the Academy remains nearly 94 percent white and 77 percent male, and nearly all the films nominated were made by white men, starring white casts.

Banality and jingoism were rewarded this year, as were sexism and racism. I mean, even the marketing this year was stupid. An Academy Awards for men? As opposed to what? With a 77 percent male Academy membership, every year is a men's Oscars.

Was anybody else offended by the not-very-subtle onslaught of sexist, racist, homophobic, and anti-Semitic "jokes" at the Oscar ceremony on Sunday night?  It seems as though the Oscar writers think that Hollywood is so liberal that it can get away with making offensive comments because everyone knows that they are "just joking."

I don't agree.  At a time when America is facing an epidemic of gun violence and debating how to limit the spread of assault weapons, host Seth McFarlane thought it would be clever to make a joke about the assassination of Abraham Lincoln. McFarlane also made outrageous remarks about Adele's weight, gays, women, Latinas, and Jews.   Of course, there were no hooded sheets, burning crosses, N-words, or "fag" jokes. But bigotry comes in various shades. Sunday night's Academy Awards ceremony was ugly and unfunny.

Between Seth MacFarlane and the Onion, Oscars night was a festival of misogyny

Comedy doesn't always have to have a message but it does if it's courting offense, especially if it's offensive about groups who are still in the minority; otherwise it's just gratuitous bullying. Equality in Hollywood isn't anywhere near imminent but it would be nice if, along the way, the biggest night in its calendar wasn't a big ol' festival of misogyny.

People find different things funny. But there comes a point in an evening when you realise you just watched a man joke to more than a billion people about the time a 20-year-old woman was beaten to unconsciousness and sung about all the boobs he has seen in various movie rape scenes. At that point you find yourself stooping to MacFarlane's level and the only thing to say is – you know what? This guy is just an asshole.

Argo's Academy Award and the Failure of Truth: Wide Asleep in America

Salon's Andrew O'Hehir aptly described the film as "a propaganda fable, deliberate exploitation to create something that is entirely mythological." If nothing else, "Argo" is an exercise in American exceptionalism -perhaps the most dangerous fiction that permeates our entire society and sense of identity.

The hostage crisis, which lasted 444 days and destroyed an American presidency, was a failure and an embarrassment for Americans.  The United States government and media has spent the last three decades tirelessly exacting revenge on Iran for what happened. Yet "Argo" is pro-American propaganda devoid of introspection, pathos or humility and meant to assuage our hurt feelings. We are no longer living in a world where we can get away with films like this. The movies we endorse need to rise to the occasion of reflecting a new global reality, using a newer set of storytelling tools than this reheated excuse for a historical geopolitical thriller.

Brooklyn Assemblyman Dov Hikind hosted a massive Purim party at his home yesterday that featured over fourteen hours of food and drink and, as is customary on the Jewish holiday, elaborate costumes. Mr. Hikind said a professional makeup artist came to his home to transform him into a “basketball player” with a costume that consisted of an afro wig, sunglasses, an orange jersey and brown face paint.

Who is Dov Hikind?
He's a democrat who has held his seat since being elected in 1982. He supported George W. Bush for president, has associations with a known terrorist group, and has courted controversy throughout his career for outlandish statements, actions and beliefs.

Flouting accepted New York etiquette that says just ignore ranters, weirdos or wandering evangelicals until they go away, a gay man riding the subway confronted a so-called preacher yelling anti-gay bile at his captive audience, shouting him down with, "You are false." In a fine New York moment, his fellow-travelers erupted in applause.