From Marx to Ecosocialism

There is a growing body of ecomarxist and ecosocialist literature in the English-speaking world, which signals the beginning of a significant turn in radical thinking. Some Marxist journals, such as Capitalism, Nature and Socialism, Monthly Review and Socialism and Democracy have been playing an important role in this process, which is becoming increasingly influential. The two books discussed here—very different in style content and purpose—are part of this “Red and Green” upsurge.

Kohei Saito is a young Japanese Marxist scholar and his book is a very valuable contribution to the reassessment of the Marxian heritage, from an ecosocialist perspective. It justifiedly polemicises with those authors (mainly but not exclusively German) that denounce Marx as “Promethean,” productivist, and partisan of the industrial domination of nature. But Saito also criticises, in the introduction, what he defines as “first stage ecosocialists,” who believe that Marx’s 19th Century discussions on ecology are of little importance today: this would include, among others, Alain Lipiez, Daniel Tanuro, Joel Kovel and…myself. This seems to me a bit of an artificial construction… Lipietz calls to “abandon the Marxist paradigm,” the three others consider themselves to be Marxists, and whatever their criticism of (some of) Marx views on nature, do not comsider his views as “of little importance.” Since this issue is mentioned, but not really discussed in the book, let us move on….

One of the great qualities of this work is that it does not treat Marx’s work as a systematic body of writing, defined, from the beginning to the end, by a strong ecological commitment (according to some),or a strong unecological tendency (according to others). As Saito very persuasively argues, there are elements of continuity in Marx’s reflection on nature, but also some very significant changes, and re-orientations.

Among the continuities, one of the most important is the issue of the capitalist “separation” of humans from earth, i.e., from nature. Marx believed that in pre-capitalist societies there existed a form of unity between the producers and the land, and he saw as one of the key tasks of socialism to re-establish the original unity between humans and nature, destroyed by capitalism, but on a higher level (negation of the negation). This explains Marx’s interest in pre-capitalist communities, both in his ecological discussion (for instance of Carl Fraas) or in his anthropological research (Franz Maurer): both authors were perceived as “unconscious socialists.” And, of course, in his last important document, the letter to Vera Zassoulitsch (1881), Marx claims that thanks to the suppression of capitalism, modern societies could return to a higher form of an “archaic” type of collective ownership and production. This is a very interesting insight of Saito, and very relevant today, when indigenous communities in the Americas, from Canada to Patagonia, are in the front line of the resistance to capitalist destruction of the environment. 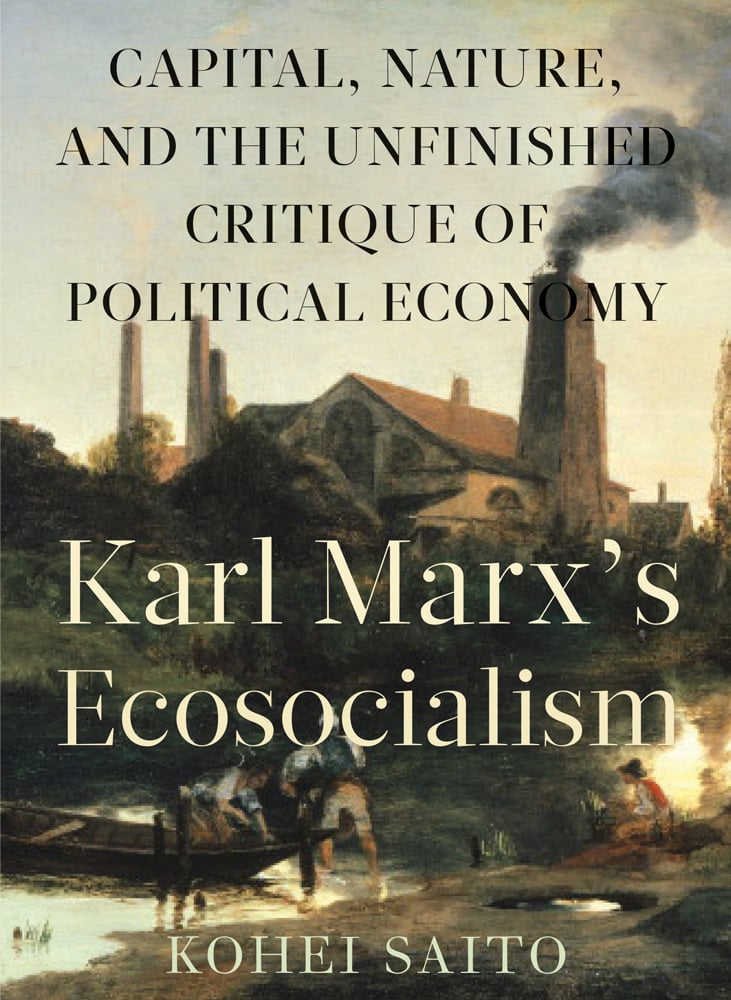 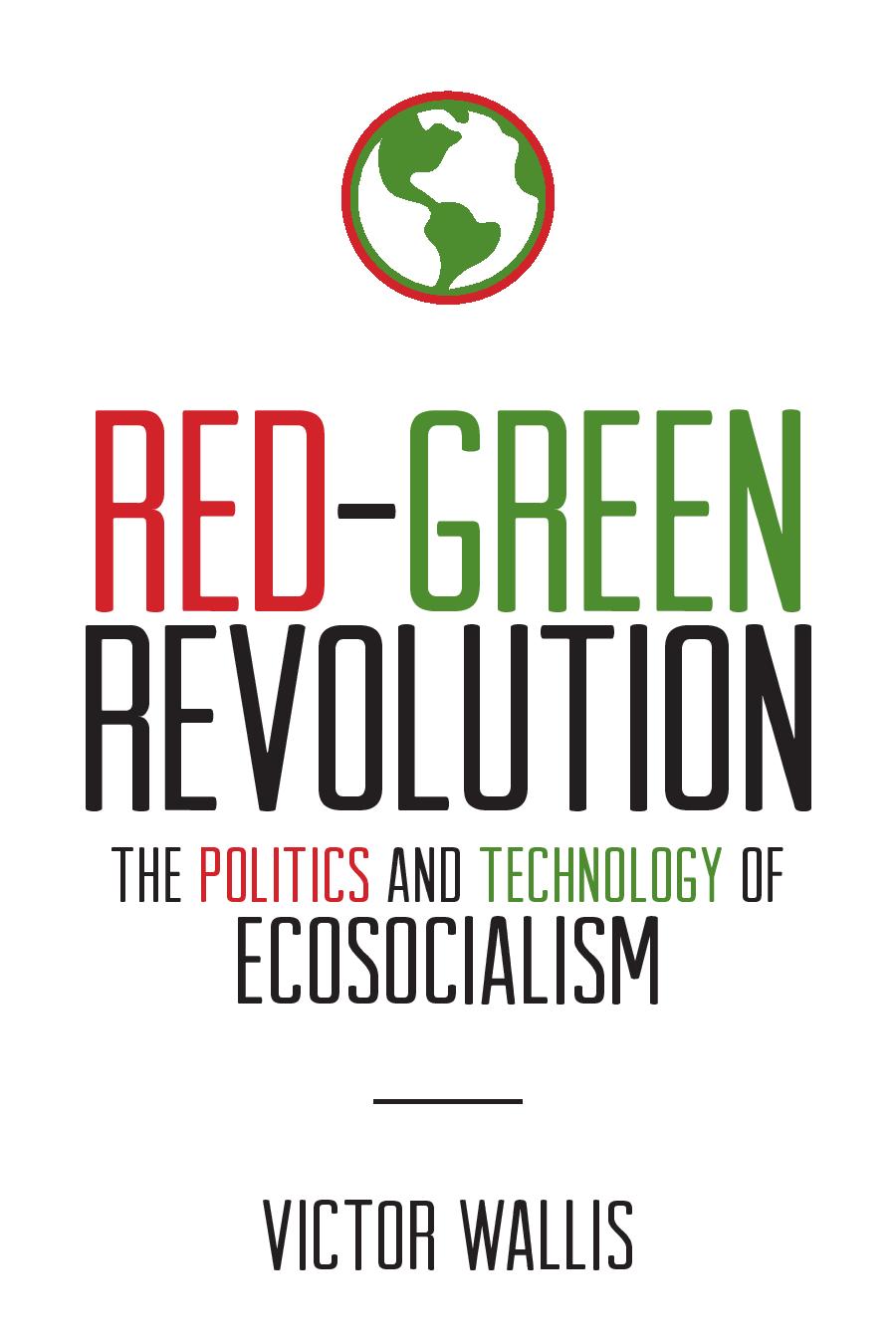 However, the main contribution of Saito is to show the movement, the evolution of Marx reflections on nature, in a process of learning, rethinking and reshaping his thoughts. Before Capital (1867) one can find in Marx writings a rather uncritical assessment of capitalist “progress”-an attitude often described by the vague mythological term of “Prometheanism.” This is obvious in the Communist Manifesto, which celebrates capitalist “subjection of nature’s forces to man”and the “clearing of whole continents for cultivation”; but it also applies to the London Notebooks (1851), the Economic Manuscripts of 1861-63, and other writings from those years. Curiously, Saito seems to exclude the Grundrisse (1857-58) from his criticism, which is not justified, considering how much Marx admires, in this manuscript, “the great civilizing mission of capitalism,” in relation to nature and to the pre-capitalist communities, prisioners of their localism and their “idolatry of nature”!

The change comes in 1865-66, when Marx discovers, by reading the writings of the agricultural chemist Justus Von Liebig, the problems of soil exhaustion, and the metabolic rift between human societies and the natural environment. This will lead, in Capital vol. 1 (1867)—but also in the two other, unfinished volumes—to a much more critical assessment of the destructive nature of capitalist “progress,” particularly in agriculture. After 1868, by reading another German scientist, Carl Fraas, Marx will discover also other important ecological issues, such as deforestation and local climate change. According to Saito, if Marx had been able to complete volumes 2 and 3 of Capital, he would have more strongly emphasised the ecological crisis, which also means, at least implicitly, than in their present unfinished state, there is no strong enough emphasis on those issues.…

This leads me to my main disagreement with Saito: in several passages of the book he asserts that for Marx “the environmental unsustainability of capitalism is the contradiction of the system” (p.142, emphasis by Saito); or that in his late years he came to see the metabolic rifts as “the most serious problem of capitalism”; or that the conflict with natural limits is, for Marx, “the main contradiction of the capitalist mode of production.”

I wonder where Saito found, in Marx’s writings, published books, manuscripts or notebooks, any such statements…they are not to be found, and for a good reason: the unsustainability of the capitalist system was not a decisive issue in the 19th Century, as it has become today: or better, since 1945, when the planet entered a new geological era, the Anthropocene. Moreover, I believe that the metabolic rift, or the conflict with natural limits is not “a problem of capitalism” or a “contradiction of the system”: it is much more than that! It is a contradiction between the system and “the eternal natural conditions” (Marx), and therefore with the natural conditions of human life on the planet. In fact, as Paul Burkett (quoted by Saito) argues, capital can continue to accumulate under any natural conditions, however degraded, so long as there is not a complete extinction of human life: human civilisation can disappear before capital accumulation becomes impossible.…

Saito concludes his book with a sober assessment which seems to me a very apt summary of the issue: Capital remains an unfinished project. Marx did not answer all questions nor predict today’s world. But his critique of capitalism provides an extremely helpful theoretical foundation for the understanding of the current ecological crisis.

Victor Wallis agrees with the ecosocialists such as John Bellamy Foster and Paul Burkett who emphasize the ecological dimension of Marx. But he also acknowledges that there are illusions in the “technological neutrality” of the capitalist productive forces in some of his writings.

In any case, the object of his outstanding book is not Marx as such, but the Marxist perspective of a Red-Green Revolution. Being a collection of essays, the chapters do not follow a precise order, but one can easily detect the main lines of the argument.

The starting point is the understanding that capitalism, driven by the need to “grow” and expand at any cost, is inherently destructive of the environment. Moreover, through ecological devastation and climate change—the result of fossil-fuel emissions of CO2 gases—the capitalist system undermines the conditions of life itself on the planet. “Green capitalism” is an oxymoron, a contradiction in terms: it offers only false solutions, based on corporate interests and a blind faith in the “market,” such as “biofuels,” the trade in “emission rights,” etc. A typical exemple of “green capitalism”: the monitoring of global environmental measures has been entrusted, by the ruling class, to the World Bank, which invested 15 times more on fossil-fuel projects than on renewables.…

Radical measures are the only realistic alternative: a revolution is needed to overcome the environmental threat to our collective survival. The aim is an ecosocialist society, without class domination and with life in balance with the rest of nature. Of course there are risks involved in any revolutionary enterprise, but the risk of keeping things as they are is much greater…Long term species survival is contingent upon a nearly 90 percent reduction in the burning of fossil fuels. This requires to a sharp break with capitalist priorities: accumulation, profit-making, commodification, “growth.” A key component of the ecosocialist project is conscious democratic planning, reorganizing production and consumption around the real popular needs, and putting and end to the waste inherent to capitalism with its artificial “needs” induced by the advertising industry, and its formidable military expenditures. Democratic planning is the opposite of the Soviet model of top-down directives: the identification of planning with Stalin is a dangerous relic of Cold War demagogy, which could obstruct ecological conversion.

Ecosocialism requires also some key technological choices, for instance privileging renewable energies (wind, solar, etc.) against fossil-fuels. But there is no purely technical solution: energy use must be reduced, by sharply reducing wasteful consumption.

Victor Wallis insists, and this is one of the most valuable insights of his book, that ecosocialism, as a long-term objective, is not contradictory with short-range measures, urgent and immediate ecological steps: they can, in fact, reinforce and inspire each other. Similarly, to oppose local ecological communities to the global political struggle is pointless and counterproductive: both are necessary and provide mutual support.

Which are the forces that will lead this struggle for social and ecological change? In one of the essays, Wallis insist on the centrality of the working-class—in spite of the present anti-ecological position of most union leaders (in order to “protect jobs”). Is the working-class the “implicit embodiment of ecological sanity” (unlike its present leaders)? Is it the only force capable to bring together all constituencies opposed to capitalism? I’m not so sure, but I think Wallis is right to emphasise that class oppression concerns the vast majority of the population—and therefore a radical change cannot take place without its support.

But there are also other social forces engaged in the process of resistance to the capitalist onslaught on the environment: for instance, the indigenous communities. This is another very important contribution of this book: to show that indigenous communities—direct victims of the capitalist plunder, a global assault on their livelihoods—have become the vanguard of the ecosocialist movement. In their actions, such as the Standing Rock resistence to the XXL Pipeline, and in their reflections—such as their Declaration at the World Social Forum of Belem in 2009—“they express, more completely than any other group, the common survival interest of humanity.” Of course, the urban population of modern cities cannot live like the indigenous, but they have much to learn from them.

Ecological struggles offer a unifying theme around which various oppressed constituencies could come together. And there are signs of hope in the United States, in the vast upsurge of resistance against a particularly toxic racist, mysoginist and anti-ecological power elite, and in the growing interest, among young people and African Americans, in socialism. But a political revolutionary force, able to unify all constituencies and movements against the system is still lacking.

Author Kohei Saito received his Ph.D. from Humboldt University in Berlin. He is currently associate professor of political economy at Osaka City University. He has published articles and reviews on Marx’s ecology, including “The Emergence of Marx’s Critique of Modern Agriculture,” and “Marx’s Ecological Notebooks,” both in Monthly Review. He is working on editing the complete works of Marx and Engels, Marx-Engels-Gesamtausgabe (MEGA) Volume IV/18, which includes a number of Marx’s natural scientific notebooks.
Author Victor Wallis is a professor of Liberal Arts at Boston's Berklee College of Music. Wallis was for twenty years the managing editor of Socialism and Democracy and has been writing on ecological issues since the early 1990s. His writings have appeared in journals such as Monthly Review and New Political Science, and have been translated into thirteen languages.
Essayist Michael Löwy of France is a prolific author of books on Marxist theory, including on ecosocialism. His most recent book available in English is Redemption and Utopia: Jewish Libertarian Thought in Central Europe.
New Politics is an independent journal of leftist analysis and debate. To subscribe, donate or for further information on the magazine, go HERE.
Source URL: https://portside.org/2019-02-21/marx-ecosocialism