Socialism and the Self-Made Woman 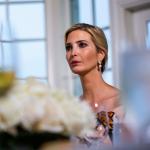 If you’re like me, you could use at least a brief break from talking about Donald Trump. So why don’t we talk about Ivanka Trump instead? You see, recently she said something that would have been remarkable coming from any Republican, but was truly awesome coming from the Daughter in Chief.

The subject under discussion was the proposal, part of the Green New Deal, that the government offer a jobs guarantee. Ms. Trump trashed the notion, claiming that Americans “want to work for what they get,” that they want to live in a country “where there is the potential for upward mobility.”

O.K., this was world-class lack of self-awareness: It doesn’t get much better than being lectured on self-reliance by an heiress whose business strategy involves trading on her father’s name. But let’s go beyond the personal here. We know a lot about upward mobility in different countries, and the facts are not what Republicans want to hear.

The key observation, based on a growing body of research, is that when it comes to upward social mobility, the U.S. is truly exceptional — that is, it performs exceptionally badly. Americans whose parents have low incomes are more likely to have low incomes themselves, and less likely to make it into the middle or upper class, than their counterparts in other advanced countries. And those who are born affluent are, correspondingly, more likely to keep their status.

Now, this isn’t the way we like to see ourselves. In fact, there’s a curious disconnect between reality and perception: Americans are much more likely than Europeans to imagine that their society is marked by high social mobility, when the reality is that we have considerably less of it than they do.

[Paul Krugman did explanatory journalism before it was cool, moving from a career as a world-class economist to writing hard-hitting opinion columns. For an even deeper look at what’s on his mind, sign up for his weekly newsletter.]

Much of this appears to reflect systematic misinformation. In some places hereditary members of the elite boast about their lineage, but in America they pretend that they pulled themselves up by their own bootstraps. For example, large numbers of Americans apparently believe that Donald Trump is a self-made man.

In any case, America’s exceptionally low social mobility is distinct from its exceptionally high income inequality, although these are almost surely related. Among advanced countries, there is a strong negative correlation between inequality and mobility, sometimes referred to as the “Great Gatsby curve.” This makes sense. After all, huge disparities in parents’ income tend to translate into large disparities in children’s opportunities.

And people do, by the way, seem to understand this point. Many Americans don’t realize how unequal our society really is; when given facts about income inequality, they become more likely to believe that coming from a wealthy family plays a big role in personal success.

Back to the “potential for upward mobility”: Where do people from poor or modest backgrounds have the best chance of getting ahead? The answer is that Scandinavia leads the rankings, although Canada also does well. And here’s the thing: The Nordic countries don’t just have low inequality, they also have much bigger governments, much more extensive social safety nets, than we do. In other words, they have what Republicans denounce as “socialism” (it really isn’t, but never mind).

And the association between “socialism” and social mobility isn’t an accident. On the contrary, it’s exactly what you would expect.

To see why, put it in a U.S. context, and ask what would happen to social mobility if either the right wing of the G.O.P. or progressive Democrats got to implement their policy agendas in full.

If Tea Party types got their way, we’d see drastic cuts in Medicaid, food stamps and other programs that aid Americans with low income — which would in many cases leave low-income children with inadequate medical care and nutrition. We’d also see cuts in funding for public education. And on the other end of the scale, we’d see tax cuts that raise the incomes of the wealthy, and the elimination of the estate tax, allowing them to pass all of that money on to their heirs.

By contrast, progressive Democrats are calling for universal health care, increased aid to the poor, and programs offering free or at least subsidized college tuition. They’re calling for aid that helps middle- and lower-income parents afford quality child care. And they propose paying for these benefits with increased taxes on high incomes and large fortunes.

So, which of these agendas would tend to lock our class system in place, making it easy for children of the rich to stay rich and hard for children of the poor to escape poverty? Which would bring us closer to the American dream, creating a society in which ambitious young people who are willing to work hard have a good chance of transcending their background?

Look, Ms. Trump is surely right in asserting that most of us want a country in which there is the potential for upward mobility. But the things we need to do to ensure that we are that kind of country — the policies that are associated with high levels of upward mobility around the world — are exactly the things Republicans denounce as socialism.