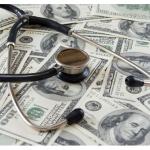 Union members enjoy some of the best health care that working-class Americans can expect to receive. Unions have fought long and hard to establish and maintain these benefits and they are justly proud of their achievements. In the absence of a national health plan, they have sacrificed much to negotiate a modicum of security for their members and their families.

More than half of all Americans still access health care through employment-based benefit plans. There is a myth that Americans love their health plans and want to preserve them at all costs. But providing an important public good like health care as a benefit linked to employment rather than as a right available to all is an accident of history. This linkage is not only a bad idea, it is also simply unsustainable.

No other advanced industrialized country links health care to employment like the U.S. does.

Workers in other countries don’t have to fear losing their health care when they lose their jobs, nor are they chained to a job that they hate because they need the health care coverage. They don’t have to worry about their children aging out of their health plans or of losing their benefits as a result of a long-term illness that disrupts their employment. They are not subject to the constant churning of health plans and provider networks and the confusing and ever-changing array of deductibles, co-payments, out-of-network charges that even the best of plans impose on their members.

And importantly, these employer-based health care plans put American companies at a competitive disadvantage against rival businesses in other countries that have national or single-payer health care systems.

The Milliman Medical Index reports that total health care costs for a family of four with decent employer-provided coverage exceed $28,000 per year. This comes to $14 per hour worked by a full-time employee. The average employer pays nearly $16,000 towards those costs and the worker picks up the remaining $12,000 through a combination of payroll deductions, co-pays and deductibles. The total costs have consistently increased 2, 3 and 4 times faster than the rate of inflation. And the percentage paid by the worker has gone up nearly every year since 1994.

That is why health care has become the biggest cause of strikes, lockouts and concession bargaining. Health care costs drive wage stagnation as unions routinely trade off wage increases and other benefits in order to maintain basic health care for their members and retirees. Unscrupulous non-union employers gain an unfair competitive advantage over worker-friendly businesses by shortchanging their own employees’ health care benefits.

Unions do not serve their members well by trying to circle the wagons around an unsustainable model of employment-based health care. That is why the AFL-CIO, the Washington State Labor Council, and dozens of unions have called for a social insurance model like Medicare for All.

Larry Brown is President of the Washington State Labor Council, AFL-CIO. The WSLC is the state’s largest union organization, representing the interests of some 600 locals and councils with approximately 550,000 rank-and-file members working in Washington state. Learn more at www.wslc.org.