Beyond the Rank-and-File Strategy 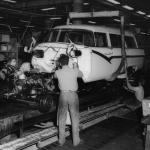 For the most part, Barry Eidlin’s recent Jacobin article “What Is the Rank-and-File Strategy, and Why Does It Matter?” is a straightforward argument for a particular approach to socialist organizing at workplaces and in the working class generally. As such it is a useful reference point for both further elaboration of that approach and for a serious critique of it.

One indication of the need for a wider debate about the rank-and-file strategy, however, is Eidlin’s distortion of the strategy and practice of groups in the New Communist Movement of the 1970s and ’80s. Eidlin’s assertion that those groups “largely saw workplace organizing as a venue for socialist cadre to engage in propagandizing for a revolution they believed to be imminent” — even with his qualifier “largely” — is simply wrong.

It’s true that a couple of groups, especially early in their development, went down that path. But the dominant approach to workplace organizing in the New Communist Movement was one or another version of a “build class struggle unions” perspective. Key components of that strategy were building rank-and-file caucuses, uniting where possible with progressive staffers and union leaders, organizing the unorganized and in many cases the unemployed, and, crucially, giving high priority to meshing struggles at the workplace with the freedom movements of peoples of color.

The resulting practice often showed results and, like the work of those who pursued the rank-and-file strategy, is worth serious examination. For instance:

New Communist Movement groups were also instrumental in building Coalitions on Occupational Health & Safety (COSHes) around the country, launching and anchoring the ongoing work of Black Workers for Justice in North Carolina, and long-term organizing among steel workers, coal miners (Miners for Democracy), auto workers (New Directions Caucus), hospital workers, postal workers, and other sectors too numerous to list here. And in any case, the point is not to tout different political tendencies’ respective resumes. Nor is it to re-fight old ideological battles, even if we were to do so using a higher standard of polemic than is manifested in Eidlin’s article.

Rather, the point is to learn what we can from the experience and strategies of all tendencies on the socialist (and syndicalist) left. Moreover, today we face conditions far different from even a decade or two ago, and it is quite unlikely that there is a direct line from any single past strategy to what is needed today. The rank-and-file strategy has a lot to offer.

But that is also true of the perspectives advocated by most New Communist Movement organizations; of the CPUSA (whose left-center alliance strategy did win it more influence in the working class at one time than any other socialist group has attained before or since); of the Socialist Workers Party and other groups from the Trotskyist tradition; and of the various strands of democratic socialism that preceded today’s dramatically changed the Democratic Socialists of America. Eidlin’s article and Kim Moody’s more comprehensive work “The Rank and File Strategy: Building a Socialist Movement in the US” should certainly be included on our much-to-learn-from reading list. So should Bill Fletcher, Jr and Fernando Gapasin’s advocacy of “Social Justice Unionism” in Solidarity Divided, the insights on coalition-building inside and outside of labor in the chapter titled “Notes on the Revolution and the 1930s” in Al Richmond’s A Long View from the Left, and much more.

A new generation of energetic and thoughtful socialists is searching for a path to advance further than all past cohorts of US radicals. We should examine the broad range of working-class organizing strategies and experiences that are today’s socialists’ collective heritage.

Max Elbaum was a member of Students for a Democratic Society and a leader of one of the main new communist movement organizations. He is the author of Revolution in the Air: Sixties Radicals Turn to Lenin, Mao and Che, a history of the New Communist Movement reissued in 2018 by Verso with a new foreword by Black Lives Matter co-founder Alicia Garza.