The Dangerous Bullying of Ilhan Omar 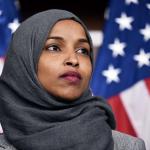 Political violence can work the same way. In modern states ruled by autocrats, or aspiring autocrats, political violence is dispersed and delegated. Its first weapons are ridicule and ostracism. Once a person has been marginalized and discredited among allies, physical violence becomes a likely option. In Russia, I witnessed this several times among people I knew, who stood alone and embattled before they were killed. The Parliament member Galina Starovoitova, who had once been a prominent member of Boris Yeltsin’s Cabinet, was, by the late nineteen-nineties, portrayed by the Russian media as someone whose ideas were outdated and irrelevant. She was shot dead in the stairwell of her apartment building, in November of 1998. The journalist Anna Politkovskaya was an often short-tempered person whose reporting was viewed as partisan and unreliable by many of her more mainstream colleagues. She was shot dead in the elevator of her apartment building, in October of 2006. The politician Boris Nemtsov, once viewed as Yeltsin’s most likely successor, was by the twenty-tens seen as an old-timer who, even as he protested the regime, didn’t quite grasp the new language of protest. He was shot dead on a bridge in central Moscow, in February of 2015. In all three cases, the people convicted or accused of the murder did not have a direct relationship to the Kremlin but were seemingly moved by a desire to act on their loyalty to it.

After their deaths, all three victims were idealized. Most Americans who have heard of them probably imagine that they were widely revered. They certainly deserved to be widely revered, but in fact they had been abandoned, late in life, even by many of those who should have been their political allies. They were difficult people with uncomfortable views; standing by their sides in an increasingly hostile political environment was hard work. But, by omitting this part of the story, we elide a key fact about contemporary political violence: bullies don’t go after the strong. In Russia, the anti-corruption activist Alexei Navalny is walking around, not only alive but also mostly free, solely because the government knows that he has the support of hundreds of thousands of people who will protest if he is jailed and may revolt if he is killed. His life depends on this support.

For the past three months, Americans have observed the process of drawing a target on a politician’s back. The politician is Representative Ilhan Omar, of Minnesota. Two of her fundamental positions—that the United States government and many of its elected officials support an apartheid regime in Israel-Palestine, and that the civil rights of Muslims in the U.S. are routinely trampled by entities that include the government—are as uncomfortable for many Americans as they are indisputable. Her way of expressing those positions—unabashed, and at times seemingly unaware of context—makes her the kind of disagreeable person who is easy for presumptive allies to shun. This, in turn, makes her vulnerable to attack.

The first Omar controversy, in February, did not, contrary to popular perception, begin with an Omar tweet. (A piece by Matthew Yglesias, on Vox, did a handy job of untangling the whole story.) In the beginning was the House Republican leader, Kevin McCarthy, who, as the Jewish Telegraphic Agency (J.T.A.) news service reported, planned to take action against the freshman representatives Omar and Rashida Tlaib, the first two Muslim women in Congress. It wasn’t immediately clear what he wanted them reprimanded for, but it seemed that the cause was the two representatives’ support for the Boycott, Divestment, Sanctions movement, known as B.D.S. In the discussion that stemmed from the J.T.A. report, Omar issued her infamous tweet, which she has since deleted: “It’s all about the Benjamins baby.” She followed up to clarify that the tweet referred to political donations from the American Israel Public Affairs Committee, or aipac, a body that exerts powerful—and well-financed—pressure on elected officials.

In substance, the only disputable word in the tweet is “all,” as congressional supporters of Israel are not motivated solely by campaign contributions. But the tweet was widely interpreted as tapping into the anti-Semitic trope of linking Jews with money. Democratic public figures, including Chelsea Clinton, condemned the tweet; House Speaker Nancy Pelosi and the rest of the House Democratic leadership issued a “Statement on Anti-Semitic Comments of Congresswoman Ilhan Omar.” It was a wildly disproportionate reaction, seemingly designed to show that Omar was on her own. Omar deleted the tweet and apologized. (She has also deleted a tweet that she sent in 2012: “Israel has hypnotized the world, may Allah awaken the people and help them see the evil doings of Israel.”)

Less than a month later, speaking at a bookstore event in Washington, D.C., Omar said, “I want to talk about the political influence in this country that says it is O.K. for people to push for allegiance to a foreign country”—meaning Israel. In Washington and in the media, across the political spectrum, her comments were once again condemned as anti-Semitic. (A rare exception was Jordan Weissmann in Slate, who called Omar “tone-deaf” but suggested that she had a point.) Amid much media outrage, the Democrats spent two days debating a resolution condemning anti-Semitism and “the myth of dual loyalty,” then ultimately broadened it to include other oppressed groups.

The third Omar controversy in as many months concerns remarks that the congresswoman made during an event of the Council on American-Islamic Relations. “cair was founded after 9/11, because they recognized that some people did something and that all of us were starting to lose access to our civil liberties,” she said, among many other things. A right-wing activist Web site in Australia pulled the quote, making it look like Omar was diminishing the scale of the events of 9/11. Then President Trump tweeted a video that combined repetitions of that quote from Omar’s speech and footage of devastation that occurred on 9/11, suggesting that “some people did something” was an attempt to dismiss the memory of the terrorist attack. “WE WILL NEVER FORGET!!!” the President’s tweet said.

It doesn’t take much imagination to see Trump’s tweet as an invitation to aggression. Speaker Pelosi responded with a tweet of her own, demanding that Trump take down his and also noting that she had spoken to the congressional sergeant-at-arms to insure that necessary protection is provided to Omar. She seemed to see the threat of violence against Omar as real and immediate.

But something was pointedly missing from Pelosi’s tweet, and from most of the coverage of Omar and her words: an expression of solidarity with her position, or at least with the congresswoman herself. Pelosi’s tweet pointedly called for protection but didn’t offer a defense. None of the Democratic leadership has chosen to do the one thing that can prevent bullying and political violence: none of them is standing with Omar.

Omar is a difficult person to stand with. She is not merely a relatively inexperienced politician, unschooled in the ways and language of Washington—she explicitly refuses to be schooled. A refugee, she also refuses to assume the posture of the good immigrant. She has apologized for stumbling into anti-Semitic tropes, but the repetition of them makes it seem like more than an accident. Or perhaps Omar doesn’t consider it essential to watch for offensive inferences when she is speaking of pressing political issues such as the ongoing violence against Palestinians. She performs neither humility nor gratitude. This is what makes her predicament dangerous.