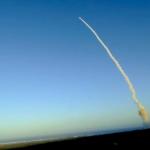 The White House has ordered an aircraft carrier strike group off the coast of Iran and a fleet of bombers have flown to U.S. air bases near that country, while preliminary plans are apparently underway to send 120,000 U.S. troops to the region.

Just as Iraq’s full compliance with its obligations under United Nations Security Council resolutions demanding its disarmament of unconventional weapons and its allowing a comprehensive inspections regime did not savethat country from invasion and a bloody foreign occupation, Iran’s full compliance with its obligations under the U.N.-ratified Joint Comprehensive Plan of Action has not stopped the United States from again threatening war.

Iranian Foreign Minister Javad Zarif has described the nuclear deal as a result of ten years of posturing and two years of intense negotiations, during which he and Secretary of State John Kerry met no fewer than fifty times to hammer out every word of the agreement. He was able to convince his government, over the objections of hardliners, to agree to destroy billions of dollars’ worth of nuclear facilities and material and a strict inspections regime in return for the lifting of debilitating sanctions. Iran has thus far honored its agreement; the United States has not.

The idea that Iran would agree to further concessions under pressure from an unreliable negotiating partner is totally unrealistic. Hardliners, moderates, and even regime dissidents in Iran are united in their opposition to giving in to American bullying. My interviews with scores of ordinary Iranians earlier this spring made it clear that, despite widespread opposition to the Islamist regime, they would unite against any foreign threat.

Iran’s full compliance with its obligations under the U.N.-ratified Joint Comprehensive Plan of Action has not stopped the United States from again threatening war.

The United States is even more isolated in the international community than it was regarding an invasion of Iraq. The other five signatories of the nuclear agreement, along with the rest of the European Union and much of the rest of the world, still support the agreement. Despite this, the threat of U.S. sanctions against companies which continue to do business with Iran is frightening away investors and trading partners, resulting in a catastrophic financial downturn for ordinary Iranians.

Unable to find a nuclear-related excuse for war, the Trump Administration has announced it has discovered unspecified “threats” to U.S. personnel in the Middle East by Iranian-aligned armed groups, particularly in Iraq. Others familiar with situation think differently. For example, British Major General Christopher Ghika, who serves as deputy commander of the U.S.-led coalition of international forces engaged in counter-terrorist operations in Iraq and Syria has explicitly stated that “there’s been no increased threat from Iranian-backed forces.”

It is unclear, therefore, what has prompted this sudden crisis. National Security Advisor John Bolton, a major architect of the previous Republican administration’s invasion of Iraq, has long advocated for war with Iran. And there is nothing like an international emergency to distract from the growing series of scandals and legal troubles engulfing Trump and his family.

Regardless, a war with Iran—even assuming it would not include a land invasion—would be catastrophic.

Iran is three times the size and population as Iraq and has a far more formidable military force. At the time of the 2003 U.S. invasion, Iraq had virtually no navy, air force, or long-range missiles, since much of its military capacity was physically destroyed or otherwise rendered inoperable as a result of the 1990 Gulf War and the subsequent U.N. disarmament regime and rigorous international sanctions.

Iran, by contrast, has a modern military force with missiles capable of reaching U.S. bases, navy ships, and troop concentrations up to 1,200 miles away. A war would effectively close shipping through the Strait of Hormuz, through which 40 percent of the world’s oil is shipped, likely triggering a global recession.

Attacks on Iran’s remaining nuclear facilities, some of which are located in heavily-populated areas, would release large amounts of radiation and other poisonous gasses. The Iranian-aligned Lebanese Hezbollah would likely unleash large-scale missile attacks against Israel, and other extremists groups could launch a series of terrorist attacks against Americans worldwide. Such violence would likely trigger a still wider war, led by a President and military command with little concern about civilian casualties.

The last time a Republican administration made false claims regarding threats to U.S. national security interests by a Middle Eastern state, leading Democrats like Joe Biden, Hillary Clinton, Chuck Schumer, and John Kerry willingly repeated the lies and voted to authorize war. They did so despite warnings by countless Middle East specialists from the State Department, academia, and elsewhere that an invasion was illegal, unnecessary, and would be utterly disastrous. Since their role in making possible the Iraq debacle did not prevent them from getting their party’s presidential nomination or attaining other leadership position, Democrats on Capitol Hill may not feel deterred from once again supporting a Republican President’s reckless militarism.

Even if Congressional Democrats have since grown some backbone and would be willing to oppose a war with Iran, however, it’s highly questionable whether Trump would even bother seeking Congressional authorization in the first place.

Even if Congressional Democrats have grown enough backbone to oppose a war with Iran, it’s highly questionable whether Trump would even bother seeking Congressional authorization in the first place.

Concerns expressed over possible attacks against U.S. troops and civilian personnel in Iraq by Iranian-backed Shia militia underscores the irony that while Iraq’s government is in power thanks to the 2003 U.S.-led invasion, a number of the parties in the ruling coalition have longstanding ties to the Islamic Republic. As a result, since 2005, the Baghdad regime has relied on both countries for financial and military support. Both Iran and the United States want the other out of the country, yet they have been allied in the battle against ISIS in the northwestern part of the country.

The result is that U.S. forces and Iraqi Shia militia, often accompanied by elements of the Iranian Revolutionary Guard Corps, are frequently in close physical proximity. Now that the Trump Administration has named the group as a terrorist organization and the broad latitude given to U.S. forces in confronting “terrorists,” the chances of an armed confrontation that could be used as an excuse to launch a wider war are very real.

There are other frightening scenarios as well:

As with the tendency during the Cold War to exaggerate Soviet and Cuban responsibility for various leftist insurgencies around the world, Washington has been insisting that some militia groups allied with Iran are actually “proxies,” implying that they are acting at the behest of the Iranian government. As a result, should a Houthi commander order a rocket attack against a Saudi air base in retaliation for ongoing deadly airstrikes that result in casualties among U.S. personnel stationed there, the Trump Administration could then portray it as an Iranian attack against the United States and an excuse to launch a war.

Similarly, the presence of both U.S. and Iranian forces in Syria could lead to any number of scenarios of an intentional or accidental armed confrontation amid that country’s multi-sided conflict.

In short, even if the Trump Administration is only bluffing and does not actually intend to launch a confrontation, a hair trigger situation now exists that could result in a major conflagration.

[Stephen Zunes is a professor of politics and international studies at the University of San Francisco. A regular contributor to The Progressive, he serves as a senior policy analyst for the Institute for Policy Studies.] 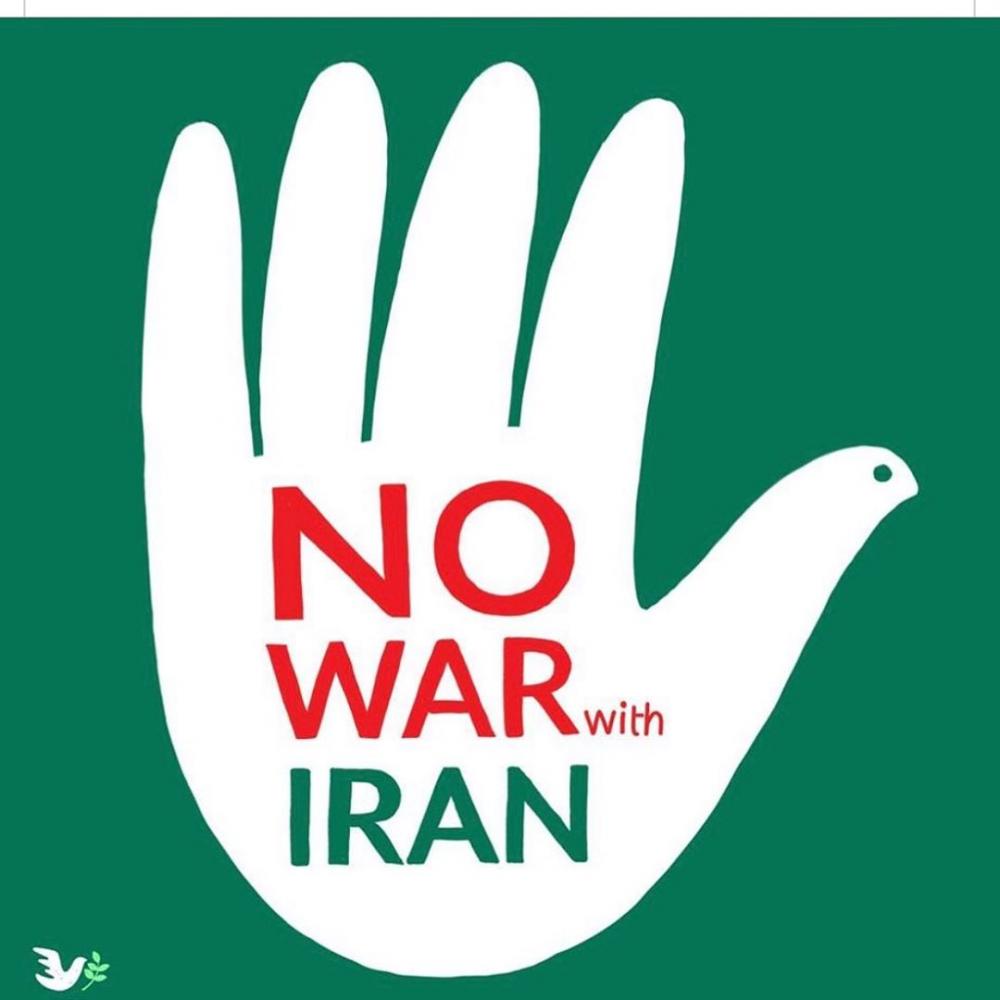 Newspaper's publisher is the Saudi Research and Marketing Group, a company that had long been chaired by various sons of King Salman until 2014 and is regarded as reflecting official position

By The Associated Press and Haaretz

The Arab News published an editorial in English on Thursday, arguing that after incidents this week against Saudi energy targets, the next logical step "should be surgical strikes."

The editorial says U.S. airstrikes in Syria, when the government there was suspected of using chemical weapons against civilians, "set a precedent."

It added that it's "clear that [U.S.] sanctions are not sending the right message" and that Iran "must be hit hard," without elaborating on what specific targets should be struck.

The newspaper's publisher is the Saudi Research and Marketing Group, a company that had long been chaired by various sons of King Salman until 2014 and is regarded as reflecting official position. Turki bin Salman al Saud owns the group and is the brother of Saudi Crown Prince Mohammed bin Salman.

The attack "proves that these militias are merely a tool that Iran's regime uses to implement its expansionist agenda," tweeted Prince Khalid bin Salman, a son of King Salman.

"The terrorist acts, ordered by the regime in Tehran, and carried out by the Houthis, are tightening the noose around the ongoing political efforts."

The Houthis, who have been battling a Saudi-led military coalition in Yemen for four years, said they carried out Tuesday's drone strikes against the East-West pipeline, which caused a fire but Riyadh said did not disrupt output or exports.

Other Saudi officials fired off similar tweets, ratcheting up pressure on the kingdom's regional archenemy amid heightened tension between Washington and Tehran over sanctions and a U.S. military presence in the Gulf.

"The Houthis are an integral part of the Revolutionary Guard forces of Iran and follow their orders, as proven by them targeting installations in the kingdom," Minister of State for Foreign Affairs Adel al-Jubeir tweeted.

The ambassador to Yemen followed up, writing that the Houthis had "made Yemen a platform for Iranian terrorism against Yemenis and their interests, and a tool to attack Saudi Arabia."

The coalition, which receives arms and intelligence from Western nations, carried out airstrikes on Thursday in and around the Houthi-held capital, Sanaa. It intervened in 2015 to restore Yemen's internationally recognised government.

The drone attack happened two days after four vessels, including two Saudi oil tankers, were damaged by sabotage off the coast of the United Arab Emirates. The other ships were a Norwegian-registered oil products tanker and a UAE-flagged bunker barge.

Reuters contributed to this article.