https://portside.org/2019-05-30/lenny-moss-defends-workers-and-solves-murder-proletarian-fiction-alive-and-well
Portside Date: May 30, 2019
Author: Harry Targ
Date of source: May 26, 2019
Diary of A Heartland Radical 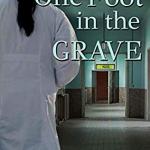 “My efforts to contribute to the aspirations of the working class began with writing novels about hospital workers….(In)the majority of stories that were published in books or aired in movies or on television, the heroes were doctors  or psychiatrists....The service workers who maintained the institution and provided most of the services were either absent from the plot, window dressing or foils for the professional classes.” (Tim Sheard, “Insurgent Publishing for the Resistance,” Hard Ball Press, https://hardballpress.com

I hate a song that makes you think that you are not any good…Songs that run you down or poke fun at you on account of your bad luck or hard traveling. I am out to fight those songs to my very last breath of air and my last drop of blood…(Woody Guthrie, “Woody Sez,” https://www.woodyguthrie.org).

There is a long and rich tradition of storytelling and singing songs that reflect the reality of working people’s lives. The better ones inform and inspire people to action. And whole publishers have tried to bring these stories and songs to a mass audience. International Publishers, West End Press, the Feminist Press and others, particularly in the last third of the twentieth century, have struggled to keep this tradition alive. In the musical world, People’s Songs, Broadside, and Sing Out represent efforts to communicate working class music to newer audiences. But with the rising cultural hegemony of films, cable television, electronic songs and stories, and the mass-marketing of electronically downloadable fiction and non-fiction, the viability of outlets for working class culture has been made more difficult at a time when we need Steinbecks and Guthries more than ever.

A shop steward and hospital custodian, Lenny Moss, returns in Tim Sheard’s latest mystery novel, One Foot in the Grave.  In this latest encounter, Moss assists hospital workers to solve the attempted murder of a popular staff doctor. The adventure reads like a classic well-timed narrative about an attempted murder and the almost desperate efforts to save the intended victim.

This gripping mystery story is overlaid with a rich description of work life in the James Madison Hospital. Hospital administrators are motivated not by serving the ill or providing a rich and constructive work environment for the custodial workers, nurses, laboratory technicians, or doctors, but by profit. The novel describes “speed-up” on the job, including nurses and doctors assigned greater numbers of patients, and extended hours of overtime rather than hiring adequate staff. The worsening conditions of work are made more complicated by a virulent Zika epidemic that has hit the city of Philadelphia. Additional patients are added to an already overloaded hospital. Hospital workers are forced to treat patients contaminated by the spreading epidemic. Some pregnant nurses, who are devoted to their jobs, are being forced to treat Zika patients even though scientists believe exposure to patients infected with this new highly contagious strain could cause birth defects.

It is in the context of worker exploitation, threats of firings, exposure to disease, and a voiceless and demeaned work force, that Lenny Moss steps up to encourage the organization of a staff union for the nurses. Organizing is complicated by gaps between nurses who see themselves as professionals without shared interest with custodial workers despite the clear reality, recognized by the custodials, that greater strength would be achieved by unity among all hospital workers.

All of this, the murder mystery, the analysis of the hospital as a workplace, the struggles between labor and capital, the emergence of a crisis imposed by the epidemic provide a rich reading experience: entertainment, education, inspiration, and empathy for the hospital workers. The Lenny Moss series, and virtually all the Hard Ball Press offerings, suggest that characters like Lenny Moss, are modern day working class heroes such as Tom Joad, who will be wherever working people are suffering and in struggle, or Woody Guthrie, who hates a song or a story that puts people down and makes them think they are no good.

Reading the latest Lenny Moss novel, really all of them, will entertain, educate, and inspire.

Book author Timothy Sheard is a veteran nurse, publisher, mentor to writers and union organizer with the National Writers Union, UAW 1981. He launched Hard Ball Press to help working class people write and publish their stories and has published more than 200 authors.

[Essayist Harry Targ is professor of political science at Indiana’s Purdue University and coordinator of its Committee on Peace Studies. Among his numerous publications is his recent Challenging Late Capitalism, Neo-Liberal Globalization and Militarism: Building a Progressive Majority, which is available HERE.]