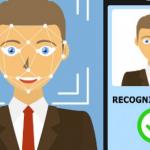 The Federal Trade Commission and the Department of Justice have divided oversight over Amazon, Apple, Facebook and Google.

Newspapers Won't Save Us

Newspapers are a key part of a healthy press that is vital to any democratic society. But we shouldn’t valorize the corporate media as our last line of defense against Trump or anything else.

Congress Can Agree on Facial Recognition

Facial recognition is unregulated and imprecise, and runs the risk of infringing on many rights promised by the US Constitution. Lawmakers agreed that government overreach into Americans’ privacy is a bipartisan concern.

The dynamics of digital activism aren’t all that different from those of traditional activism, and conservatives have the same advantages online that they did before the internet: time and money.

There is such a change in the wind in the last couple of years about the role of the monopoly platforms in terms of their financial monopolization, about the effect that’s having on traditional business models, particularly things like local media and public service radio and television. People are starting to question that very strongly.

How Government 'Help' Could Destroy Journalism

Why would anyone -- even a cash-strapped publisher -- think it is a good thing to let government have a hand in defining what professional journalism is and what its standards should be?