Capitalism Isn't 'Broken'. It's Working All Too Well 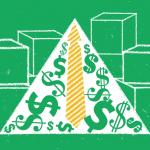 Capitalism is not broken. It is working all too well, concentrating money in the hands of the few by exploiting the work of the many.

Runaway climate change, war, mass migration, widespread poverty and ever-increasing authoritarianism are the inevitable results of an economic system that rewards corporate actors for their absolute commitment to profit, regardless of the broader consequences.

Richard Reeves, guest editor of this series, suggests we can simply “fight to crowbar the doors open for women and people of color,” allowing them to benefit from market capitalism alongside white men. But that misses the point. A job with “a decent wage … some satisfaction and security” is quickly becoming a thing of the past, including for those of us in the wealthiest countries.

It’s not just that “corporations hoard power and extract value from workers, without letting those workers share in the massive wealth they help create”, as Cory Booker argues; it’s that these dynamics at the individual level, felt by each of us, are also at play globally, felt by whole countries and regions. Exploitation is not a bug in capitalism, it is a feature. That giant sucking sound we can all hear is capital benefiting from decades of political, economic and ideological war against the rest of us.

We must invest in public health and education infrastructure at home and abroad to increase community resiliency in a climate-fractured world, and build a global economy based on democratic control of production. When the system incentivizes making quarterly profits, rather than long-term balance and safety for all, it jeopardizes our very survival. We also need to democratize energy production and disband the dirty fossil fuel industry that is driving us off the climate cliff.

Some billionaires are finally expressing concern about the status quo. But even they can’t escape a system where the ease of externalizing costs and exploiting labor makes it impossible to be both competitive and sustainable.

There has only been one period in which the fruits of labor were shared relatively equally: the post-second world war capital-labor compromise. Strong worker movements fought for robust welfare states under unique economic and political circumstances. But this arrangement could not hold. In response to François Mitterrand’s move to massively expand labor rights and nationalize a quarter of French industry, business interests launched a capital strike which spurred recession and became a portent of things to come. The threat of real working-class power was too great, and the system self-corrected.

Today, we have as few as 12 years to transform our economic system and reverse the climate crisis. Yet just last month Donald Trump signed two executive orders to make it easier for fossil fuel corporations to build oil and gas pipelines and limit our ability to block them. This has been a bipartisan betrayal, however: in 2015 President Obama granted Shell Oil a permit to drill in the Arctic four days after declaring that the US would be a leader against the climate crisis.

Desperate times call for radical measures. This starts with upending a system that was built to redistribute wealth and power from the many to the few. Working people and our families will not only survive, but thrive, from the jobs created by massive public investment in restructuring our energy grid and transforming our world. And we know the only ones willing to make that demand are those of us who are currently being squeezed by private interests for every last drop of profit. Young people know this, especially, but it will take all of us. Rather than trying to fix capitalism, we should be seeking to replace it.