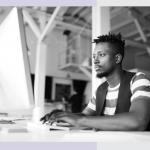 In the waiting room of an employment agency in Queens, laborers gather to be dispatched to warehouses and factories in New Jersey and upstate New York. Only their names are recorded before white vans arrive and the workers step in, cramming into seats and crouching on the floor to be transported to the day’s job. The job might last a day or two, and the agency acts as the workers’ employer. It deducts transportation costs and the fees it charges for the job from their paychecks, which they provide.

Other types of employment agencies record the skills and personal information of workers before attempting to arrange a more permanent position for them. In this situation, the agencies make money through some combination of a charge to the worker or a charge to the business client for supplying labor.

I manufactured and packaged goods with hundreds of other temps without one factory manager knowing my name.

Once called an intelligence office, this type of hiring agency helped launch the at-will employment relationship in feudal Europe and one of the oldest newspapers in the world, La Gazette, which began in Paris in 1630 by advertising the skills of servants. During the British Empire, intelligence offices proliferated in London as they supplied the unemployed and migrants to colonies as servants, to emerging industries, and to crew on colonial ships. In colonial New York, intelligence offices mimicked the English prototype and, after independence, grew to supply nearly every type of worker, including slaves.

Immigrants have always depended on this type of hiring agency. In fact, Castle Clinton in Battery Park, which was the depot for immigrants arriving in New York before Ellis Island opened in 1890, housed an intelligence office on site. There were many intelligence offices in lower Manhattan in that era. They awaited the arrival of ships loaded with immigrants in search of work. Much like today, they’d dispatch workers to a job for a fee. Perhaps more often than today, they’d swindle workers into unsavory employment relationships.

Agencies that act as employers rather than middlemen became more popular after World War II. They promise to provide workers to businesses on-demand and for temporary periods, without the client having to endure the costs of processing payrolls, workers’ compensation insurance, retirement benefits and health insurance.

In the 1990s, with the goal of promoting “flexible” employment and production, both President Bill Clinton and Federal Reserve chair Alan Greenspan backed policies that allowed these agencies to flourish. Many became publicly traded, global corporations, part of a temporary-help industry that today generates $450 billion in annual revenue, the lion’s share of it in the United States.

In 2018, according to the American Staffing Association, temporary-help companies supplied more workers to U.S. businesses than ever before: 3.28 million per week, 16.8 million annually. Meanwhile, the average length of their job assignments ticked down to ten weeks, likely the result of an increasingly flexible economy dependent on a host of new staffing firms, including many who operate through online apps.

The staffing industry’s lobbying power has grown too, helping ensure that “flexible” employment policies remain the law of the land. It is thanks to these lax labor regulations that I was able to cram into vans in Queens and land on factory floors upstate and in New Jersey, where I manufactured and packaged goods with hundreds of other temps without one factory manager knowing my name.

Most of my colleagues had migrated earlier in their lives from further south in the Americas. They depend on the agencies for jobs and work incredibly hard, often earning their respective agencies a reputation for providing good workers. There are likely hundreds of such agencies in the New York metropolitan area. Many of them, like the one I worked for, are small, independent operations, whose workers are not always counted among staffing industry statistics.

Over the last few decades, the employee-employer relationship has been hollowed-out — and lobbied out — by the staffing industry and businesses that want to “hire” workers without the regulations and obligations that come with officially employing them. This enables companies to take on temps when demand requires more labor and to dump them after that demand is met — without providing a single employee benefit — and at no cost beyond paying the agency. Companies such as Amazon and the trash-processing giant Browning-Ferris Industries have used this model to insulate themselves from the responsibility of wage and safety laws and to make it difficult for workers to unionize.

Workers at large pay the price. The greater the ease at which employers can hire temporary workforces, the greater they are used, and the greater the pressure on other businesses to compete by using them, thus destabilizing traditional employment and associated rights and privileges.

Donald Trump’s Department of Labor has come down strongly on the side of reducing regulations that limit employers’ power to set the terms of how they hire workers. The Department recently issued an opinion letter siding with an employment agency and another siding with Uber, stating that their respective workers are independent contractors, not employees. Trump’s appointees on the National Labor Relations Board are also trying to reverse an Obama-era ruling that Browning-Ferris was legally a “joint employer” of workers who were technically employed by a temp agency.

This is not the first time this has occurred in the United States, but there are precedents for reform. Hiring agencies supplied both indentured servants and slaves until the Thirteenth Amendment to the Constitution prohibited these classes of workers in 1865. In 1910, the Mann Act, also called the White Slave Traffic Act, sought to criminalize the trafficking of women (mostly immigrants) into brothels and prostitution, which some intelligence offices were involved in.

In a 1914 referendum, voters in Washington State outlawed employment agencies, given their mistreatment and abuse of laborers. Around the same time, unions, particularly dockworkers and the building trades, began expanding hiring halls to serve as a fairer way of connecting workers and employers. Various benevolent and worker-run associations have also existed as alternatives. Reviving these solutions would take us much further toward truly helping working families, rather than granting business more power to hire workers on one-sided standards.

David Van Arsdale, author of The Poverty of Work, is a sociologist and labor scholar. He can be reached at theworkingbeat@gmail.com or followed on Twitter @theworkingbeat.