How the Worst Values of Sports Are Taking Over America 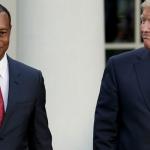 A half-century ago, the sporting Cassandras predicted that the worst values and sensibilities of our increasingly corrupted civic society would eventually affect our sacred games: football would become a gladiatorial meat market, basketball a model of racism, college sports a paradigm of commercialization, and Olympic sports like swimming and gymnastics a hotbed of sexual predators.

The Cassandras then forecast an even more perverse reversal: our games, now profaned, would further corrupt our civic life; winning would not be enough without domination; cheating would be justified as gamesmanship; extreme fandom would become violent tribalism; team loyalty would displace moral courage; and obedience to the coach would supplant democracy.

Okay, I think it’s time for a round of applause for those seers. Let’s hear it for Team Trump!

Even as those predictions were coming true over the past two years, as a longtime sports reporter, columnist, TV commentator, and jock culture correspondent for TomDispatch, I waited with a certain dread and expectation for the arrival of the true Jockpocalypse, the prophetic revelation that Jock Culture had indeed become The Culture. There would be three clear signs, I thought, of this American sports version of a biblical Armageddon.

The first arrived last February, when a leading NFL owner was arrested, allegedly in flagrante delicto, in a Florida massage parlor before an important game. The second hit the news in March, when several dozen parents were caught spending millions of dollars to get their distinctly unathletic children admitted to elite colleges by masquerading as promising varsity sports prospects.

The third and most convincing sign came in April when the world’s greatest golfer tacitly endorsed the world’s greatest golf cheater. Admittedly, none of those signs was as blatant as ongoing outrages like the growing roster of young women athletes who had been sexually abused by their team coaches and doctors; the continuing corruption at the highest levels of European soccer (where anything goes financially speaking and, as the New Yorker’s Sam Knight put it, “The best leagues are awash in Russian oligarchs, Middle Eastern sovereign-wealth funds, and Chinese conglomerates”); or the sexism of the Swiss-based Court of Arbitration for Sport in refusing to allow Caster Semenya, a South African runner with naturally elevated testosterone, to compete against other women unless she doped down her hormone levels.

Nevertheless, the three signs I’ve noted reveal how the worst aspects of Jock Culture have indeed transcended all the traditional borders of sportsdom, ruining for many, including me, the full enjoyment of sports. How can a moral person watch games in which players are damaged and exploited? How has sports, cherished as an innocent sanctuary, become such a “guilty pleasure”?

You can argue with obvious justification, historically speaking, that sports was never anything like the chaste Oz of our fantasies, whether you’re talking about foul play in the ancient Olympics, the 1919 World Series Black Sox game-fixing scandal, or the contemporary revelations of the widespread useof illegal performance-enhancing drugs, especially in baseball, track, and bicycle racing, but those three signs I’m about to explore make, in the opinion of this sports writer, an even more damning case for the coming of the End of Days for sports as a sanctuary of innocence, joy, and pleasure of just about any sort.

Sign No. 1: My first instinct was to ignore the story of an aged widower, allegedly paying for some version of sex, who was scooped up after being caught on surveillance video at the Orchids of Asia Day Spa in Jupiter, Florida, during a local police investigation of alleged human trafficking for the sex trade. However, because it was Robert Kraft, the 77-year-old owner of the New England Patriots, one of the National Football League’s most powerful figures, I grew ever more curious -- and not just because he had previously liked to flaunt girlfriends half his age or because he supported Donald Trump.

After all, it was on his watch as owner that the Patriots had drafted two players of highly dubious character. In 1996, the team drafted Christian Peter, who had been arrested eight times and convicted four times of assaulting women while a star defensive lineman at the University of Nebraska, the national collegiate champion. Kraft’s late wife, Myra, successfully demanded that Peter, who ultimately had a career with other teams and has apparently turned his life around, be let go. 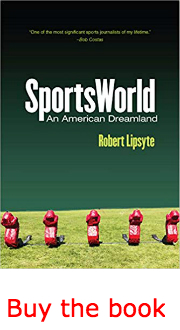 Then, in 2010, the team drafted Aaron Hernandez, a dominant tight end at national champion Miami, which kicked him out after his junior year for drug use and violent behavior. He played well at New England, but in 2013 was charged with murder and convicted two years later. In 2017, he committed suicide in his prison cell. Later that year, Boston University researchers dissecting Hernandez’s brain diagnosed Stage 3 Chronic Traumatic Encephalopathy, or severe brain injury.

It’s no stretch to associate Kraft with both the murder and the suicide. He was at the very least an important bystander in the “League of Denial,” the NFL’s longstanding attempt to dismiss and obfuscate the striking connections between the game and the traumatic brain injuries that turn out to afflict hundreds of its players. Almost all NFL players whose brains have been studied, which is only possible after death, seem to have suffered grievous trauma from the hits inflicted in that game. Since all of this is now known, any time you turn on professional football, one thing is guaranteed: you are watching sponsored, encouraged assaults on screen or, if you’re in a stadium, in person. And if that isn’t end times in action, what is?

Sign No. 2: Spending upwards of a million dollars or more to enhance the lives of kids seems like a highly worthy endeavor -- unless, of course, they turn out to be your own kids and the money is being fraudulently siphoned to those who can get them into prestigious colleges through fraud.  Think of it as the new Gilded Age of the twenty-first century, the one in which the rich only grow richer and the poor... well, their kids better actually be able to play sports damn well.

I’m thinking, of course, about the millionaire parents who bribed go-betweens to bribe coaches of minor college sports to help admit their kids to prestigious schools. As a sportswriter, it seems to me like the end of a long historical arc of sports corruption that began in the last century when coaches at wannabe powerhouse football and basketball schools first doctored high-school transcripts and then the college version of the same to admit potential star players and keep them eligible. (Famed Notre Dame coach Knute Rockne classically did that for his all-American George Gipp, better known from the phrase “win one for the Gipper.”) A successful team, of course, also gives its school a bump in applications and donations.

Recruiting is most obvious in big-time basketball because it’s quite literally written in black and white. Back in 1992, Richard Lapchick, director of the Center for the Study of Sports in Society, offered me these statistics: at NCAA Division 1 schools, 56% of the varsity basketball players are black; 7% of the students on campus are black; and 1.56% of the faculty is black. (Nothing much has changed since.)

When it came to the recent admission scandals, that perverted flipside of athletic recruiting, however, the racial mix was reversed -- unsurprisingly, given who has the real money in America. The fraudulent future volleyball champions, tennis aces, and champion sailors were mostly white, and their parents were clearly no less desperate (and far better endowed) to get their children into their first-choice schools than the mostly African-American mothers I’ve met at the summer basketball camps run by sneaker companies as auditions for big-time coaches.

The colleges, in turn, proved themselves greedy for both the unpaid sports performers and the rich kids whose parents were ready to shell out box office prices to get in. As in the case of Robert Kraft, there will be some shaming, inconvenience, and fines for the wealthy, but undoubtedly little else. The players are the ones who, in the end, will absorb and have to live with the traumas.

Sign No. 3: To this sports writer, in the moment when a smiling Tiger Woods allowed Donald Trump to hang the Presidential Medal of Freedom, the nation’s highest civilian honor, around his neck, the Jockpocalypse was fully revealed.

The day after Woods won the 2019 Masters Tournament, Trump tweeted that he would bestow the medal to honor “his incredible Success & Comeback in Sports (Golf) and, more importantly, LIFE.” It was, of course, another chance for a president who undoubtedly thinks emoluments are hair conditioners to showcase his golf resorts. In the new normal, we’ve come Jockpocalyptically to expect nothing less from the shameless kleptocrat in the White House.

But what about Tiger, whom we sports types have known since he was a toddler hitting golf balls on TV? We watched his dad drive him relentlessly to stardom and dub him “the Chosen One.” Many fans were sympathetic, even sad, when he cracked up emotionally, physically, and professionally. And then cheered him on when, with extraordinary dedication, he made his way back. In the process, the golf industry was economically recharged.

But in this era in which championship teams and other athletes regularly reject White House invitations to protest the man who occupies the Oval Office, Tiger was hardly obliged by convention to accept the medal. Of course, he has a right to be a Trump supporter or to crave the award and the attention that goes with it. As we know -- if we couldn’t have already guessed it -- from a recent, acclaimed critical biography of him, Tiger is a selfish and morally challenged figure, distinctly in the presidential mode of the moment.

He is also, however, the leading face of the sport, which might lead you to think that he had a responsibility to uphold golf’s famously self-righteous posture on honest play, even when no one is looking. The sport regularly trumpets stories of players who call fouls on themselves, losing tournaments to preserve the game’s integrity.

And since integrity is marketed as the soul of golf, how can that sport -- and its greatest player -- ignore the barefaced dishonesty of the world’s most famous golf club owner on the course? As sportswriter Rick Reilly, who has golfed with Trump, describes the president in a hilariously depressing new book, Commander in Cheat, he routinely lies about how many tournaments he’s won, whom he’s beaten, and what his score was. He regularly sneaks his own balls off the rough and kicks his opponent’s onto it. “Somebody should point out,” writes Reilly, “that the way Trump does golf is sort of the way he does a presidency, which is to operate as though the rules are for other people.”

Well, Reilly did point that out, which should have led Tiger to assume his true role as the soul of golf. Instead, as avaricious as Robert Kraft and those golden-helicopter parents, he embraced the devil and helped bring on the Jockpocalypse.

Think of big-time sports, the stuff that makes TV hum every season of the year, as now truly being, like Tiger himself, on the Trump Team where crime, bribery, and cheating of every sort is the order of the day. No wonder this ancient sports writer has the urge to finally say goodbye to all that sweaty hoopla. It’s end times now. And don’t we have better things to do?

[Robert Lipsyte, a TomDispatch regular, is the author of SportsWorld: An American Dreamland.]

Follow TomDispatch on Twitter and join us on Facebook. Check out the newest Dispatch Books, John Feffer’s new dystopian novel (the second in the Splinterlands series) Frostlands, Beverly Gologorsky's novel Every Body Has a Story, and Tom Engelhardt's A Nation Unmade by War, as well as Alfred McCoy's In the Shadows of the American Century: The Rise and Decline of U.S. Global Power and John Dower's The Violent American Century: War and Terror Since World War II.