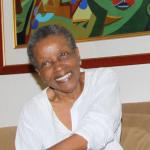 The following political declaration was translated by Portside. Read the original in Spanish at Latin America in Movement (Quito, Ecuador).

"Revolution is a sense of the historical moment, it is changing everything that must be changed, it is full equality and freedom, it is being treated and treating others as human beings, it is emancipating ourselves with our own efforts, it is challenging powerful dominant forces inside and outside the social and national scope, it is to defend the values ​​in which it was created at the price of any sacrifice."
Fidel Castro Ruz, May 1, 2000

In Havana, Cuba, on the 60th anniversary of the signing of the Agrarian Reform Law, 27 years after the conformation of the CLOC and 25 since its first Continental Congress, we met 300 delegates strong, delegates from peasant, indigenous, afro-descendant organizations, landless, artisanal fishermen, native peoples and agricultural workers and workers, youth and women from 30 countries representing all regions of the Americas, representatives of Via Campesina International of Africa, Asia, Europe and North America and more than 50 international guests to celebrate the VII Continental Congress of CLOC Vía Campesina.

In the long journey of unity and articulation of the struggles we continue reflecting on the historical moment and the challenges of the International Peasant Movement.

In a context characterized by the worsening of the geopolitical dispute and an imperialist offensive attacking progressive governments and criminalizing popular movements, promoting coups d'état and discrediting mass leaders with coordinated mechanisms from the military, judicial and mass media sectors, violating democratic systems and human rights. The United States attacks dangerously to retake domination over the Latin American territory and subordinate the national states to their geopolitical and economic interests, causing hunger and poverty, unleashing a new stage of the cultural war that seeks to naturalize fascist hatred and discrimination. Millions of migrants must leave their countries due to lack of opportunities.

The climate crisis is exacerbated by the development of industrial agriculture and the high levels of consumption of countries that call themselves the First World.

This is the framework of the new wars of oppression and conspiracy against the governments of the peoples, particularly against Cuba, Nicaragua, Bolivia and Venezuela, the imprisonment of Lula, the persecution of Cristina Fernandez de Kirchner among others. We declare our solidarity with the Venezuelan people and with the peoples in struggle.

We reject the criminalization of the social fighters and demand the freedom of political prisoners throughout the continent.

We endorse the reflections, analyses and contributions contained in the Declaration of the V youth assembly and VI Women's Assembly.

We reject patriarchy, racism, sexism and homophobia. We fight for democratic and participatory societies, free of exploitation, discrimination, oppression and exclusion of women and young people. We condemn all forms of domestic, social, labor, political, economic, psychological and institutional violence against women.

Peasant and popular feminism is part of our strategic horizon, strengthens the peasant struggle and the construction of socialism. With feminism we build socialism.

The participation and the leadership of the youth in the Congress and in our organizations strengthen the struggles and guarantee continuity.

We celebrate that after 17 years of struggle the United Nations has approved and adopted the Declaration of Peasant and Peasant Rights, becoming a legal and strategic tool for our struggles, recognizing the role played by our Comrade Evo Morales in the work and commitment of the Plurinational State of Bolivia to guarantee a broad and participatory process within the UN that allowed the declaration to reach an international consensus.

We ratify our commitment to permanent and unconditional solidarity with the Cuban revolution. We condemn the increase of the economic war, the resurgence of the genocidal, inhuman, illegal and immoral blockade imposed for almost 60 years on the Cuban people by the US government, as well as the total application of the Helms - Burton law by the current US administration, demanding the end of this policy.

We reaffirm our commitment to fight and demand compliance with the proclamation approved at the second CELAC Summit in Havana, to declare Latin America and the Caribbean as a zone of peace. We also demand that the Colombian State comply with peace agreements and dialogues.

We demand respect and non-interference in the internal affairs and self-determination of the peoples of our America and in this context our commitment to the people of Puerto Rico and their fight against colonization.

We propose the task of deepening in a self-critical way the causes that have motivated the fall and retreat of progressive governments, to strengthen us and reverse the relationship of forces that we have in the continent today.

We continue along the path taken in Havana in 2009, enriching a process of discussion, reflection and synthesis from our historical memory of the struggles against colonization and barbarism that for more than 500 years the peoples have waged, the independence efforts, the struggles of liberation, and the classical theoretical contributions and socialist experiences, the contributions of Latin American intellectuals, with the certainty that our proposal is not a carbon copy, but a creation appropriate to the class struggle in our historical moment.

We ratify that our action plan should prioritize grassroots work and popular organization, ideological political formation, and the development of popular communication in order to face agribusiness and the privatization of seeds, and move towards territories free of financial capital, GMOs, and agricultural toxins, where agro-ecological production forges food sovereignty respecting Mother Earth.

All of us have agreed that for the construction of the socialist model that we long for, we have as a main challenge to achieve the unity of all the leftist and revolutionary forces in each country and on the continent and to advance in the articulation of social movements and political parties. left-wing politicians, a unity that ensures the accumulation of forces to break neoliberal hegemony, raising the flag of the integration of the peoples and the construction of the great Patria, deepening internationalism and solidarity.

The VII Congress of the CLOC that we conclude today constitutes a starting point for our organizations, countries and the continent to make the slogan that preceded this process a reality:

"From the territories, unity, struggle and resistance for socialism and the Sovereignty of the Peoples"

Long Live the Unity of the Peoples!

Long live solidarity and the brotherhood of the peoples!

Ever onward to victory!

__________
New Challenges for the Radical Left After the European Elections

In light of the far-reaching changes of power relations within the EU, the Left requires new strategies.

__________
How Greece’s Political Landscape Changes After the Election

As the political landscape changed radically after the results of Sunday’s election, Greece leaves four and a half years of leftist rule behind.

The party advises the protesters to stay on the streets to ensure that the military holds up its side of the July 5 agreement on a new transitional government.

Guatemala's former Attorney General Thelma Aldana, who was a leading presidential candidate with the center-left party Movimiento Semilla, was barred from participating in the race and was forced to flee the country after receiving death threats and a warrant for her arrest.

Andaiye, a fighter in the struggle for social justice and full equality between toilers and oppressors and between women and men lost her long battle with cancer. It is fitting to memorialize Andaiye, as we mark this anniversary of her colleague Walter Rodney’s killing.

Gay rights activist Mounir Baatour wants to become president in Tunisia — and is putting the fight for LGBT rights at the center of his election campaign.