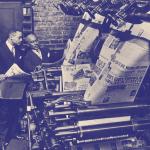 The Exemplary Legacy of the Chicago Defender

Though it will continue to publish online, the demise of the Defender as a physical object, a hundred and fourteen years after its founding, marks another sad milestone in the decline of print newspapers.

Why Absolutely Everyone Should Be Concerned About Facial Recognition

Some of the biggest names in the tech space are developing advanced facial recognition systems and selling them to governments around the world, but the general public might not fully understand all the risks they bring.

Why the Left Is Losing the Information Age

Liberals assumed digital technology would help their side. They forgot how power works.

Prime, like many other digital services—Uber, Postmates, Instacart, to name a few—encourages us to shop impulsively, to expect that we can always hit a button and get something more or less on-demand.

Right-Wingers Say Twitter’s “Bias” Against Them Should Be Illegal

A large collection of right-wing opinionators, meme-makers, and pundits joined President Trump and a handful of lawmakers at the White House for a social media summit to discuss the supposed "bias" that platforms such as Twitter, Google, and Facebook have against conservative voices.

Detroit cops who violated the department's social media policy in recent years have received varying levels of punishment — from termination to no discipline at all.

After the first round of Democratic primary debates, the line from corporate media and their overwhelmingly centrist sources was clear: The Democrats are moving dangerously to the left, at their own peril.