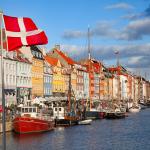 COPENHAGEN (The Borowitz Report)—After rebuffing Donald J. Trump’s hypothetical proposal to purchase Greenland, the government of Denmark has announced that it would be interested in buying the United States instead.

“As we have stated, Greenland is not for sale,” a spokesperson for the Danish government said on Friday. “We have noted, however, that during the Trump regime pretty much everything in the United States, including its government, has most definitely been for sale.”

“Denmark would be interested in purchasing the United States in its entirety, with the exception of its government,” the spokesperson added.

A key provision of the purchase offer, the spokesperson said, would be the relocation of Donald Trump to another country “to be determined,” with Russia and North Korea cited as possible destinations.

If Denmark’s bid for the United States is accepted, the Scandinavian nation has ambitious plans for its new acquisition. “We believe that, by giving the U.S. an educational system and national health care, it could be transformed from a vast land mass into a great nation,” the spokesperson said.

Andy Borowitz is a Times best-selling author and a comedian who has written for The New Yorker since 1998. In 2001, he created The Borowitz Report, a satirical news column that has millions of readers around the world, for which he won the first-ever National Press Club award for humor. The Borowitz Report was acquired by The New Yorker in 2012. His two most recent books were both best-sellers: “The 50 Funniest American Writers,” which became the first title in the history of the Library of America to make the Times best-seller list; and a memoir, “An Unexpected Twist,” a No. 1 best-seller, which Amazon named the Best Kindle Single of 2012. As a comedian, he has performed sold-out shows around the world and has made numerous television and radio appearances, including on National Public Radio, VH1, and Comedy Central. His solo comedy show, “Make America Not Embarrassing Again,” began touring the U.S. in 2018, and he is featured in the new PBS prime-time series “Retro Report,” which débuts in 2019. He has been called a “Swiftian satirist” (the Wall Street Journal), “America’s satire king” (the Daily Beast), “one of the country’s finest satirists” (the Times), and “one of the funniest people in America” (CBS News’ “Sunday Morning”).

Get the Borowitz Report in you Inbox.