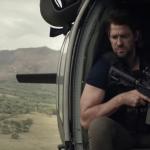 Folks, we got a reaaaal stupid one here. Jim from The Office is now in an Amazon show called Jack Ryan based on those Tom Clancy books, and in the second season he is fighting—well, just watch the trailer and see for yourself.

“A nuclear Venezuela you won’t hear about in the news, ‘cuz we’ll already be dead,” Jack Ryan says in the trailer.

Also they got the weapons from Russia, I guess? “It would fit a pattern,” Jack Ryan says—some real top-flight national security intel stuff there.

So for the whole of this season of the Jack Ryan show, we will watch Jim from The Office try to stop Venezuela from KILLING ALL OF HUMANITY or something. I think Venezuela probably wants a stable currency and a promise that America won’t invade it before it wants a nuclear weapon, but who am I to quibble with this kind of propaganda? Is it weird that Jim from The Office is now parading through Venezuela roughing people up and saving us all? You know, it is kind of weird.

This is so very intergalactically absurd—like, on a level that will turn your brain into a smoothie—that it is almost beyond comprehension. But it is worth noting the existence of this thing as a cultural symbol of the way in which Venezuela—which, whatever your thoughts on it, is not, like, al-Qaeda—is becoming the new Russia. It is just crazy!!!