Country Music Is a Man’s World. The Highwomen Want to Change That. 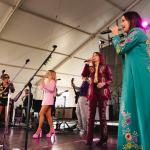 The Highwomen’s first-ever public performance went off so well at the Newport Folk Festival in July that Nashville’s newest supergroup repeated its laid-back, harmony-rich lead single, “Redesigning Women,” as an encore. A standing ovation was inevitable: The audience had been on its feet before the quartet stepped onstage.

The only snafu was a failed plan to give festivalgoers free tattoos that said “Highwomen” in the same jagged scrawl already emblazoned on band members Brandi Carlile and Amanda Shires — as well as Jason Isbell, Shires’s husband and the group’s guitarist; Shires’s mother and other musicians and friends. Rhode Island’s health department wouldn’t give the band a permit unless it restricted the ink to the festival’s V.I.P. area.

“That’s so class divided,” Carlile, 38, said the next morning over a plate of bacon and greens, shaking her head as her bandmates brainstormed ways to share the logo online so fans could get their own tattoos. “Way off message.”

The Highwomen — Carlile, Shires, Natalie Hemby and Maren Morris — proudly call themselves a movement as much as a band, one whose mission is clear: solidarity, specifically with other women in country music. Their self-titled debut album is out Friday. 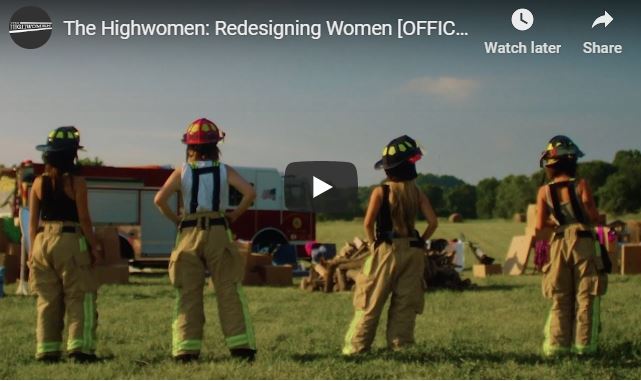 Individually, they’ve all found success. The breakout star Morris (of the pop smash “The Middle”) earned her second country radio No. 1, “Girl,” the day after the Newport performance. Hemby, one of Nashville’s most sought-after songwriters, recently had two credits on the soundtrack for “A Star Is Born.” Carlile is a veteran singer-songwriter who just won her first three Grammys, including best Americana album, for “By the Way, I Forgive You.” (Hemby calls her “Grammy Carlile.”) Shires, a vocalist and violinist, has been a cornerstone of Americana music since first playing with the Texas Playboys at 15.

But together, they’ve decided, they’re better — especially when it comes to confronting the daunting task of helping women succeed as artists in country.

The genre has a stark gender imbalance. “It’s the eternal question that no one’s figured out,” said Morris, 29, picking at eggs Benedict. (“Tomato-gate,” a 2015 controversy sparked by a remark about women being the tomatoes in country radio’s salad, has been followed by statistics indicating the percentage of women on country airplay charts is in steep decline.) “Everyone blames somebody else. It’s the labels, it’s the radio, it’s the publishers that don’t sign enough women writers …”

Shires, 37, added, “And radio will blame the audience.” The Highwomen concept was her idea, inspired by an informal research project: While on tour, she wrote down every song she heard on the radio to see if most were by men. Shires found not only that most songs played were by men, but when she called to make requests, she was directed to station Facebook pages where songs by female artists were pitted against each other in polls. Only one could win.

Shires thought about who’d had luck subverting the expectations of Nashville’s country machine — the outlaws, and specifically the 1980s supergroup the Highwaymen: Johnny Cash, Waylon Jennings, Kris Kristofferson and Willie Nelson. “Wanting to do things their own way is what we’re sort of trying to mime,” said Shires. “And just to have somebody to share in the glories with, you know? It can be kind of a lonely thing out there by yourself.”

She approached Carlile first, boldly asking her to start a band called the Highwomen the first time they met. The first song they wrote, “Highwomen,” a reworked version of Jimmy Webb’s “Highwayman,” sounds like a manifesto.

“I just thought, what if it were all women who died in these historically persecuted ways?” Carlile said. The first verse tells the story of a Honduran asylum-seeker who died trying to cross the border; the second of a healer burned at the stake in the Salem witch trials; the third of a Freedom Rider (sung by the British country-soul singer Yola); the fourth of a female preacher. “We’ll come back again, and again, and again,” the group sings in the chorus, a haunting, powerful tribute to the resilience of women through the ages.

If talking openly about immigration, racism and sexism is unappealing to conservative country listeners, the Highwomen don’t mind. “My existence is political: I was married before it was legal in the States,” said Carlile, who is gay. “I don’t know how to not write that into my music. The plight of displaced peoples is absolutely fundamental to me and to my faith.”

Yola, who has faced additional challenges trying to break into country music as a black woman, said that when she worked with the quartet, “I didn’t feel like a token.” She added, “This felt like a cross intersection of women — and in country music, of all the places where you’re like, ‘That’s so white bro it’s out of control.’” (Dolly Parton, who joined the group onstage at Newport, was effusive as well: “It was a magic night all around,” she said. “I will treasure it forever.”)

The Highwomen feel established in Nashville, but still worry about striking the right tone: honest but not didactic, inspired but not cloying.

“It’s really important that the lack of representation for women in music doesn’t come across as some bougie, elitist problem,” Carlile explained. “It’s regular people and regular little girls in small towns that don’t get access to their story being told.”

Hemby, 42, recalled how Lilith Fair shaped her own understanding of women in music. “Now when we get together to celebrate women, people think we’re trying to fight,” she said. The group wears its ’90s nostalgia on its sleeve: Sheryl Crow, one of the festival’s mainstays and “one of the most underrated rock stars that we’ve ever seen in this country,” according to Carlile, plays bass on “The Highwomen” and joined the band onstage at Newport.

The album’s stories show that writing songs for and about women is first and foremost just writing songs about people. The topics range from motherhood at its most matter-of-fact (“My Name Can’t Be Mama”) to its most gut-wrenching (“Only Child,” co-written by Miranda Lambert); love between two women (“If She Leaves Me”); perhaps country’s oldest trope, a woman and a thankless man (“Loose Change” and “Don’t Call Me”); death (“A Cocktail and a Song,” Shires’ heartbreaking tribute to her father) and most importantly, togetherness (“Crowded Table”).

“I want a house with a crowded table/and a place by the fire for everyone,” the band sings in unison, a folksy but effective translation of the kind of inclusiveness they’re fighting for.

The Highwomen’s sound is defiantly old-school, bred of not just classic country (the aesthetic touch point of their superproducer Dave Cobb, also behind the rise of Chris Stapleton, among others) but maximalist 1970s rock. For inspiration, Shires brought a trifold poster board covered with black-and-white photos of Joan Jett and the Runaways into RCA’s Studio A, where they recorded the album live on vintage microphones instead of piece by piece.

“We all faced each other in the room at RCA, and I just found that so human — being able to blend a harmony with someone because you can see their face,” said Morris, who typically operates in Nashville’s more commercial circles. (She got the call to join the group when she was backstage at Jimmy Fallon’s show; around six years ago, Hemby had phoned her from a Kroger parking lot to say she loved her work.)

Shires said each musician knew when she was doing the right thing. “Music was happening in the room, and you could almost touch it,” she said. “It hadn’t happened for me in a long time. We would sing sometimes, and I would get so excited I would almost feel like being a ding-dong and crying.”

That comfort and warmth is what the Highwomen want to translate to their audience, inviting all kinds of listeners aboard what they call their “pirate ship” and taking their mutual admiration society public. In conversation, the group has an easy rapport that blends self-deprecating jokes with sincere praise for each other’s work and ideas. Everyone credits Hemby, for example, with the suggestion to sing together instead of only in harmonies.

“When we were in the studio doing our unison thing, it sounded so good,” Shires said. “We all looked at each other thinking, ‘This is what the people can do. They can sing with us, and we’ll all be unified, together.’”