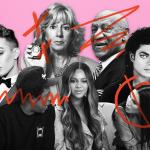 One Hell of a Summer

A look back at a season of low expectations brought lower and lower.

Faith-Based Groups in the Climate Movement

Episcopalians, Lutherans, Roman Catholics, United Methodists, Muslims, Buddhists and Baha’i representing some 48 organizations came together to strategize ways faith-based organizations can address climate change by filling the gaps left by governments in regard to climate change and adaptation to its effects.

The European Parliament has condemned communism as equivalent to Nazism. Based on a fantasy reading of history, the motion smears all “radicalism” as “totalitarian” — and dismisses the moral superiority of those who fought fascism.

This is not the first time that the Polish government has seized control of museums, using blunt pressure or clever legal ploys, depending on the situation. So important is history that the government wants complete control of it.

Family Values and the New Right

By Cinzia Arruzza
September 25, 2019
Blog of the American Philosophical Association

The crusade against the so-called “gender ideology” – a derogatory term coined by the Vatican – has become a central tenet of the new far-right and has come to be perceived as representing widespread popular beliefs.

Little Haiti is Up For Grabs

The future of one of Miami’s poorest, yet most singular and misunderstood, communities hangs precariously in the balance. The centrally located Little Haiti has become a magnet for real estate investors, business owners and speculators looking for opportunities with a low cost of entry and a potentially big upside.