How We Can Avert Climate Apocalypse 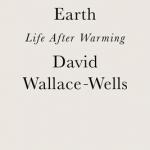 I pontificate about lots of things on this blog. Just in the last few months I’ve blathered about self-consciousness, genealogical anxiety, pluralism in science and mathematics, the flaws of psychiatry and oncology. But I’ve begun thinking it’s pointless, and irresponsible, to write about anything but climate change. Did passengers on the Titanic chitchat about Freud as their ship sank?

My daughter’s outlook is even grimmer than mine. She has the soul of a social-justice warrior, but she worries that climate change will destroy civilization before we can bring about meaningful social change. When I asked my students if they shared my daughter’s view, many raised their hands, all looked uneasy.

I know how they feel. Climate apocalypse is like death. The larger it looms, the less I want to think about it. I haven’t written about the topic since last December, and then only glancingly, to express despair. Recently, however, I’ve made an effort to face global warming squarely. One goad is the protests of Greta Thunberg and other young activists. Another is The Uninhabitable Earth: Life After Warming, by journalist David Wallace-Wells, the most compelling book I’ve read on our potentially hellish future. It is a true horror story that, paradoxically, left me feeling more hopeful about the future.

Wallace-Wells limns doom with literary flair. But what makes him especially persuasive is that he came to the topic of climate change late, and reluctantly. He was never particularly green. He likes meat, doesn’t like camping. He cares much more about humanity than about “nature,” whatever that is. He was once skeptical of “the Environmental left,” but after delving into climate change a few years ago he got scared. “Alarmist” is a derogatory term, but Wallace-Wells embraces it. “I am alarmed,” he says, and we should be too. “It is worse, much worse, than you think.”

Early on, Wallace-Wells rattles off the myths with which we downplay climate change: “that wealth can be a shield against the ravages of warming; that the burning of fossil fuels is the price of continued economic growth; that growth, and the technology that produces it, will allow us to engineer our way out of environmental disaster; that there is any analogue to the scale or scope of this threat, in the long span of human history, that might give us confidence in staring it down.”

Wallace-Wells demolishes these and other falsehoods with brutal facts. 250 million years ago a surge of carbon dioxide triggered the Great Permian Extinction, which “ended with all but a sliver of life on Earth dead.” We are now pumping carbon into the atmosphere ten times faster than the volcanic eruptions that precipitated that ancient cataclysm. Although the fossil fuel era began two centuries ago, more than half of our carbon emissions have occurred in the last three decades, after James Hansen and other scientists began warning of our actions' consequences.

Our emissions are already wreaking havoc. Since 1980, annual storms have doubled, coastal floods have quadrupled, life-threatening heat waves have surged fifty-fold. The melt rate of Antarctic ice has tripled just in the last decade. As many as 2.1 billion people already lack safe drinking water, and shortages are growing more severe. Things will get worse, how much depends on us.

It would take a “spectacular coincidence of bad choices and bad luck” to make Earth truly uninhabitable any time soon, Wallace-Wells says. But “if the next thirty years of industrial activity trace the same upward arc as the last thirty years have, whole regions will become unlivable by any standard we have today as soon as the end of the century.” Even with a “radical reduction” of emissions, temperatures will probably rise two degrees Celsius and sea levels two meters by the end of the century.

Wallace-Wells packs bad news into chapters titled “Heat Death,” “Hunger,” Drowning,” ”Wildfire,” “Dying Oceans,” “Unbreathable Air,” “Economic Collapse” and “Climate Conflict.” The latter explores the likelihood that migrations and other climate consequences will trigger wars over water and other resources. I have written critically about this prophecy, which I fear might become self-fulfilling, but the analysis of Wallace-Wells strikes me as awfully credible.

He emphasizes that wars exacerbate scarcity as well as vice versa. This is just one of many negative feedback effects that can compound the effects of climate change. Others include the shrinkage of the ice caps, which make the poles darker and hence more heat-absorbent; the melting of permafrost, which might release frozen methane; and the burning of forests. “Higher temperatures," Wallace-Wells writes, "means more forest fires means fewer trees means less carbon absorption, means more carbon in the atmosphere, means a hotter planet still—and so on.”

Despair is understandable, given the fractious state of politics in the U.S. and elsewhere. We are “recoiling into nationalistic corners and retreating from collective responsibility,” Wallace-Wells points out, precisely when we most need global cooperation. But noting that he and his wife just had a child, he rejects “climate nihilism.” The scale of climate change itself should be empowering. “If humans are responsible for the problem,” he writes, “they must be capable of undoing it.” He insists that we have all the tools we need, technological and political, to save ourselves. We just need the will to use them.

This can-do rhetoric reminds me of a 1963 speech in which President John Kennedy envisioned a world without war. “Our problems are manmade,” JFK declared, “therefore they can be solved by man.” And that brings me to my hopeful vision. Over the past decade I have written much more about war than about climate change, because I believe that “war is our most urgent problem.” After reading Uninhabitable Earth, I would amend that claim. I now see war and climate change as equally urgent.

They are also intertwined, and not just because warming might trigger resource wars. As the antiwar group World Beyond War points out, the world spends about $2 trillion a year on arms and armies, money that would go far toward countering climate change. The U.S. accounts for more than a third of this spending, and it is the world’s biggest arms innovator, manufacturer and dealer. The American military is also the world’s single biggest consumer of fossil fuels.

I’d love to see more acknowledgement of these linkages by green activists like Bill McKibben and Naomi Klein and politicians like Bernie Sanders and Alexandria Ocasio-Cortez. By calling for reductions in military spending as well as fossil-fuel emissions, they might catalyze a powerful, positive feedback loop. The global cooperation we need to solve global warming can also help us solve war. Imagine what we could do with just half the resources dedicated to “defense”! A green antiwar movement would not only avert the worst catastrophes depicted by Wallace-Wells. It would also create a more peaceful, prosperous, just world, in which we can talk, without guilt, about things other than climate change.

John Horgan directs the Center for Science Writings at the Stevens Institute of Technology. His books include The End of Science, The End of War and Mind-Body Problems, available for free at mindbodyproblems.com.