Lean In and One Percent Feminism 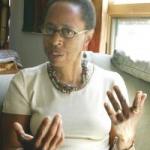 Since Sheryl Sandberg has taken it upon herself to jump-start the stalled feminist revolution it's worth taking a look at the brand of feminism she espouses.

Sandberg's book, Lean In, together with her plan to re-launch the feminist movement on the scaffolding of Lean In Circles, has drawn an enormous amount of media attention. This flows from both Sandberg's prominence as the COO of Facebook and the media's ongoing enchantment with a specific gender story: whether or not women at the top of their professions or careers can 'have it all.'

To the extent that having it all means having a brilliant, fulfilling, highly compensated career plus a load-bearing partner and a happy home life, that conversation is dead on arrival for the 99%. Most expect to be driven hard, paid little, burdened by debt and, eventually, cast aside. While leaning in at the managers' meeting might move a woman up the corporate jungle gym, it's not going to change the fundamentally exploitative work environments that require workers, male and female, to be chained to their computers and cell phones during every waking hour, devolving to the pathetic state wherein their identities are co-terminus with their job titles. There's no amount of leaning in that will solve the riddle of how to juggle multiple low-wage jobs plus a family. Nearly every working woman who chooses to have children knows that she will spend years of her life scrambling like a maniac, with a partner or without, figuring out infant and childcare, after-school care, summer activities for when school is out of session, what to do when the cough turns into a fever, etc., etc., etc. However endowed we are with confidence, courage and ambition, short of having the cold, hard cash to solve some of these problems by throwing money (and probably some other woman's labor) at them, it's awfully hard to find the wherewithal to lean in.

Nearly all sectors of the feminist movement figured out a long, long time ago that having it all is not an option in the absence of fundamental societal change in the form of institutional policies and structural supports to, at the very least, lighten the unwieldy and disproportionate care-giving load that women still carry. So what is most striking about Sandberg's book is not that a corporate titan found her feminist voice, but that that voice is such a throwback. The battle over the relationship between personal transformation and social change has already been fought, and fought hard, back in the final quarter of the 20th century. The vast majority of people who claimed any allegiance at all to feminism were clear that, while becoming stronger, more confident women is all to the good, short of substantial society-wide changes - let's just for the heck of it mention universal access to affordable, high-quality childcare and universal paid parenting leave - having it all is an ever-receding illusion that no amount of leaning in will make real.

Of course Sandberg is masterful at self-inoculation and her book is chock full of preemptive moves to immunize against critique. Yes, she graciously grants, not everyone can or wants to have it all. And yes, there are structural barriers that continue to block women's advancement. But, while offering to jump-start and lead a feminist revolution, she has essentially produced a manifesto for corporatist feminism, career advice for the distaff side of the 1%. That advice is, in fact, about how to have it all, while offering precisely zero guidance on how to dismantle the structural barriers to gender equity that still impede most women.

This is not about picking unnecessary fights amongst the feminist faithful, and there's no need to hate on Sandberg just because she's chosen to expound on what women should do from an especially comfy perch. If the question is how to achieve better gender balance in the upper echelons of corporate management, Sandberg clearly has a contribution to make. Do women sell themselves short and self-sabotage in the corporate world? No doubt. Will Sandberg's book help them devise strategies to advance their careers? Probably so.

But no need to get it twisted. Lean In is not about feminism in general, but about a very particular brand of feminism that, delusions aside, has nothing whatsoever to do with inspiring a social movement. We need to understand the core features of the brand, and then decide whether to buy in or take a pass.

- Corporatist feminism is fundamentally conservative. It is about conformism to the strictures of corporate culture and requires no qualitative shift in social relations. Instead it requires that those experiencing the impact of inequality and discrimination do some psychological fine-tuning. It is the feminist equivalent of other common story lines about inequality and injustice:

Multi-generational poverty? Why it's the fault of all those poor folk who refuse to disentangle themselves from the 'culture of poverty.' Ongoing racial discrimination? Actually the problem is all those Black folk with chips on their shoulders, mired in the past and ever ready to 'play the race card.' Gender inequality? If only women would assert themselves, take their seats at the table, commit to putting their careers first and really lean in. The common theme, whether stated or not: the system is fine, we are the main problem, so let's get down to the real business of tweaking ourselves.

I don't know if Sandberg is a Republican or a Democrat, a libertarian or a closet socialist, but this brand of feminism is as conservative as it gets.

- 1% feminism is all about the glass ceiling, never about the floor. It addresses the concerns, anxieties and prerogatives of the 1%, women who are at or near the top levels of their professions, the corporate world or government. Unfortunately, blind to its own limited field of vision, it tends to speak in the name of all women, universalizing that which is profoundly particular.

-  Trickle-down feminism depends on the benevolence and gender politics of those who make it to the top. It is not about taking collective action or building collective power for change. In Sandberg's example, it took her being pregnant and having to haul her belly across Google's parking lot to realize that the company needed reserved parking for pregnant women. Her position of power facilitated a woman-friendly policy change. Her take-away from this story: adding more female voices at the highest level expands opportunity and better treatment for all. Maybe, but what if the women at the top have no idea what the women in the middle and at the bottom need or want? Or, even more to the point, what if the interests of women at the top and women at the bottom move in contradictory directions? Women from all levels of society may find common cause on a whole range of gender issues, from parking spaces to wage parity, but certainly we ought to consider whether women in the C-suites are the ones best suited to craft policy for those working the aisles at Home Depot.

- Dream-crushing feminism is about stripping feminism of any remnants of a transformative vision. Sandberg says she wants women to dream big, but Lean In essentially advocates going along to get ahead, and trims the feminist vision to fit a corporatist ethos. Every progressive social movement worthy of the name is ultimately about a liberatory project that extends outward, beyond those most affected by a particular form of inequity. It calls on each of us to combine with others and to commit our better, more selfless, justice-loving selves to building a society that lifts up the full humanity of all who have suffered discrimination, indignities, oppression, exploitation, abuse. When we're haggling over the politics of the kitchen, the bedroom, the boardroom or the congressional hearing room, that liberatory project can seem exceedingly remote and far-fetched. But, while we need to be pragmatic and tough enough to gain ground on feminist issues in an inhospitable political climate, we also need to keep a broader transformative vision alive. Reducing that vision to tips on career advancement is not a way to jump-start a movement, but instead cuts away at its heart.

Being clear about Sandberg's brand surely wouldn't matter much if the feminist movement were in better shape, represented by more varied voices and stronger organizations. Sandberg's voice would be just one among many advocating different roads toward more equitable gender relations. But the fact that Sandberg has occupied so much space and is taken so seriously as the new voice of feminism is a sign of how intractably conservative the current political environment is. That's all the more reason to reassert the social justice roots of feminism, and to make sure that it does not become synonymous with leaning in.

Sheryl Sandberg is only the latest in an exceedingly long list of reasons why feminism almost always needs a modifier.